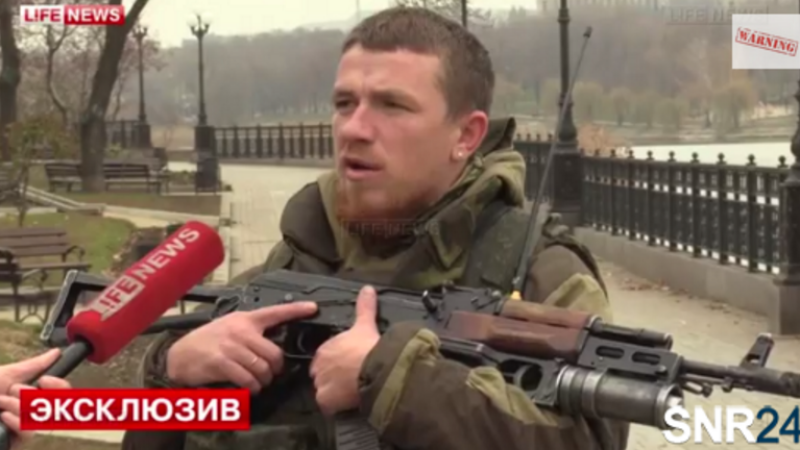 Arseny Pavlov, better-known as ‘Motorola’, the Russian militant suspected of killing Ukrainian Donetsk Airport defender Ihor Branovytsky in cold blood and who boasted of having shot 15 prisoners of war died in a bomb explosion in Donetsk on October 16.

Officials of the so-called ‘Donetsk people’s republic’ [DNR] have confirmed that Arseny Pavlov, the Russian militant better known as ‘Motorola’, was killed on Sunday.  A bomb is reported to have exploded in entrance to his apartment block killing both him and his guard.  A previous explosion in late June was also said to have been an attempt on Pavlov’s life. The militants have claimed the bomb to have been a ‘terrorist act carried out by a Ukrainian sabotage group” and militant leader Alexander Zakharchenko has threatened Ukraine with a ‘proportional response’  In fact, however, a considerable number of militants in both self-proclaimed ‘republics’ have died in suspicious circumstances, and a power struggle is also possible.

Pavlov took part in the battle at Ilovaisk, when Russian forces were brought in to help the militants defeat Ukrainian forces.  He was later involved in the struggle for control of Donetsk Airport, and it is from that period that most of the evidence of war crimes comes.

Pavlov was on the EU’s sanction list, but Ukraine was hoping that the militant would one day stand trial at the International Criminal Court in the Hague.  He will never be tried, and obviously we can never know whether a court of law would have found him guilty of war crimes.  There were, nonetheless, serious grounds for bringing such charges. 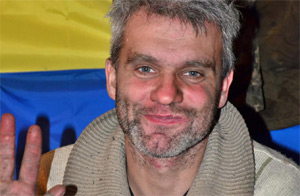 This was doubtless a ‘coup’ for the militants and they even posted a video which shows the men alive and without any signs of beating.  Branovytsky could be easily identified as he was wearing a blue jacket, while the other prisoners are all in camouflage. 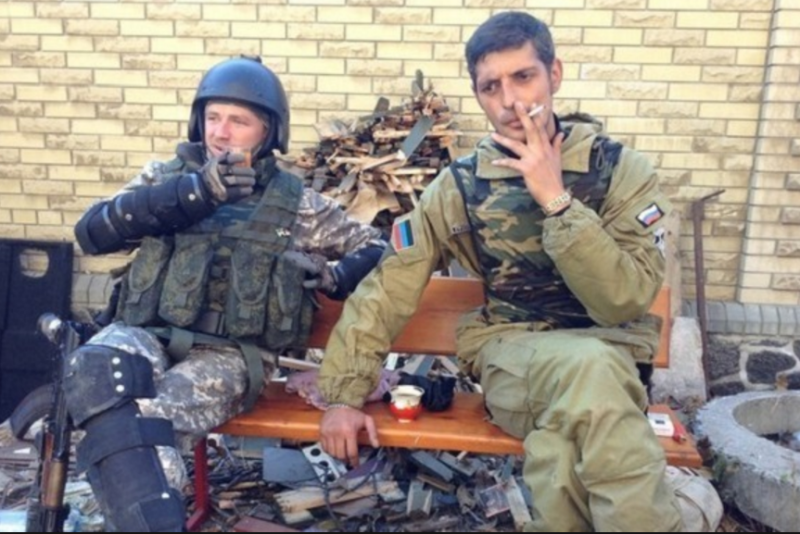 From the left: ’Motorola’ and Givi

A Kyiv Post journalist had spoken earlier with Motorola on the phone.  The Russian refused to comment on Branovytsky’s murder saying:

For the above reasons, and others, this is not one of the situations where it is better to speak well of the dead or say nothing.  A video in English about Motorola’s suspected war crimes can be found here: https://youtube.com/watch?v=ILwz6K1kaGA