Russian activist first savagely beaten by police, then fined for picket in memory of Anna Politkovskaya 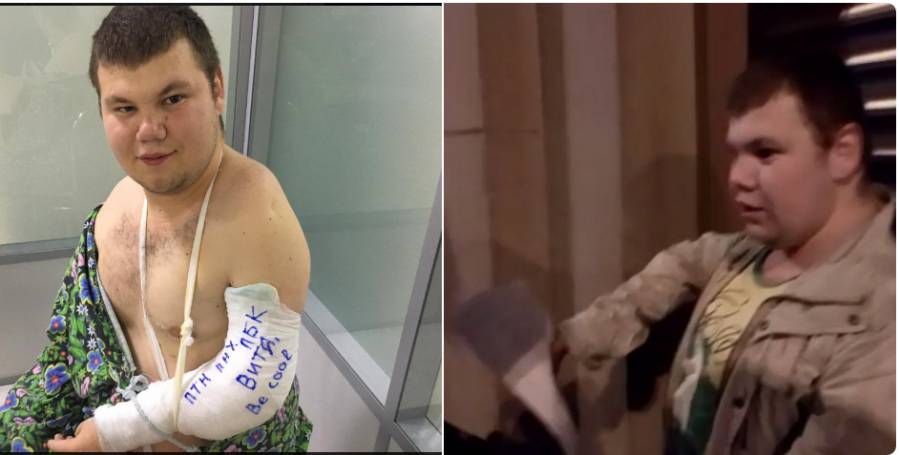 It seems that breaking the arm of a young disabled Russian activist was not enough.  Viktor Kapitonov has now also been fined for a supposed ‘repeat infringement of the rules for holding a picket.  The only infringements on that occasion were by the police officers who began dragging him away and then beat him up.

Kapitonov’s lawyer Oleg Beznisko has posted the ruling handed down by A.Y. Orekhova on Oct 18.   The ‘court hearing’ was supposedly open, however neither Kapitonov nor his lawyer had been informed of the event.  The judge certainly does appear to have been in a hurry, with the fine imposed given as both 300 thousand roubles and 200 thousand.  Either way, this is a huge amount for a person on disability benefit, and is one of many unwarranted fines which seem obviously aimed at forcing the young activist into silence.

October 7 was the tenth anniversary of the gunning down in Moscow of Anna Politkovskya, journalist, human rights defender and Kremlin critic.

Kapitonov was standing peacefully and in full compliance with the law when the police turned up.  He explained that he did not need any permission as this was a one-person picket, and even moved slightly to help the police officer read the text he was holding.

The police began pulling him away by force, ignoring both the full legality of Kapitonov’s picket and the angry demands from a witness to know on what grounds he was being detained.

As they dragged him away, Viktor shouted that it was exactly 10 years since Anna Politkovskaya was slain, and yet the zombified Russian people were concerned only with birthday greetings for Russian President Vladimir Putin (who turned 54 on exactly the day that his most bitter critic was murdered).  He shouted that “Putin is Russia’s disgrace”, and that there can be no forgetting or forgiving Anna Politkovskaya’s murder.

It was then that the police became totally brutal in their treatment of the young man.  The video can be seen at the bottom of the report here, with the appalling violence seen from about 1.27 on the tape.  It should be stressed that the police officers would have been fully aware of Viktor’s disability.  He can also be heard crying that they have broken his arm.

This is indeed what they did and the young man needed an operation and considerable amount of time to recover in hospital.

A police officer turned up in hospital one day and tried to extract information as to whether Viktor had lodged a complaint.  The young man quite rightly refused to answer any questions.

The police infringements did not stop with the beating.  They then dragged him off to the police station and drew up a protocol regarding the supposed repeat offence.  His friends were only able to call an ambulance after he was released from the police station.

As anticipated Viktor Kapitonov has now been fined for a non-existent offence.  It remains unclear whether any measures will be taken over a formal complaint from the young man and his lawyer.  Optimism is, however, strictly limited.  Even without the damming video footage and witnesses, there should have been immediate police response to the fact that a group of police officers had used totally unwarranted violence against a young man with a disability.

Instead, only the activist has been penalized. 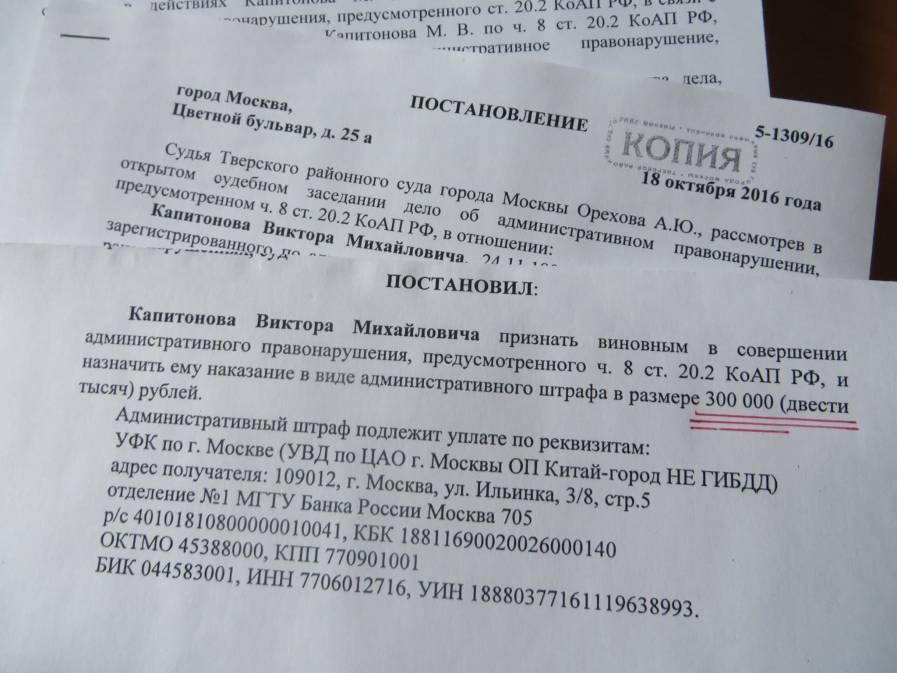 The fines are mounting.  On Sept 23, Viktor was fined 250 thousand roubles for publicly reading out Russia’s Constitution outside the State Duma.  This perfectly appropriate treatment of the document claimed to guarantee all Russian citizens such fundamental rights as freedom of speech and of peaceful assembly was also deemed to be ‘a repeat infringement’ of the rules on holding a public event.

Viktor was one of four activists who were detained on August 25 when they came out onto Red Square with a banner reading “For your freedom, and ours”.  The words directly recalled the action by 8 Russians who came out onto Red Square on August 25, 1968, in protest at the Soviet invasion of Czechoslovakia.  Almost all of them were sent to labour camp or psychiatric [KGB] clinic for their courage.  48 years later, activists were again detained for no more.

Kapitonov and some other activists were tried in May for coming out onto Bolotnaya Square on the fourth anniversary of the demonstration protesting against Putin’s third presidential term and subsequent clampdown.

The activists were held overnight in a police station.  Kapitonov was then fined 150 thousand roubles.

Russia’s enforcement officers and courts are unable to jail Viktor because of his disability.  The disability has not stopped riot police in the past from using unwarranted force (as the video footage here shows), however the treatment on Oct 7 was of unprecedented savagery.