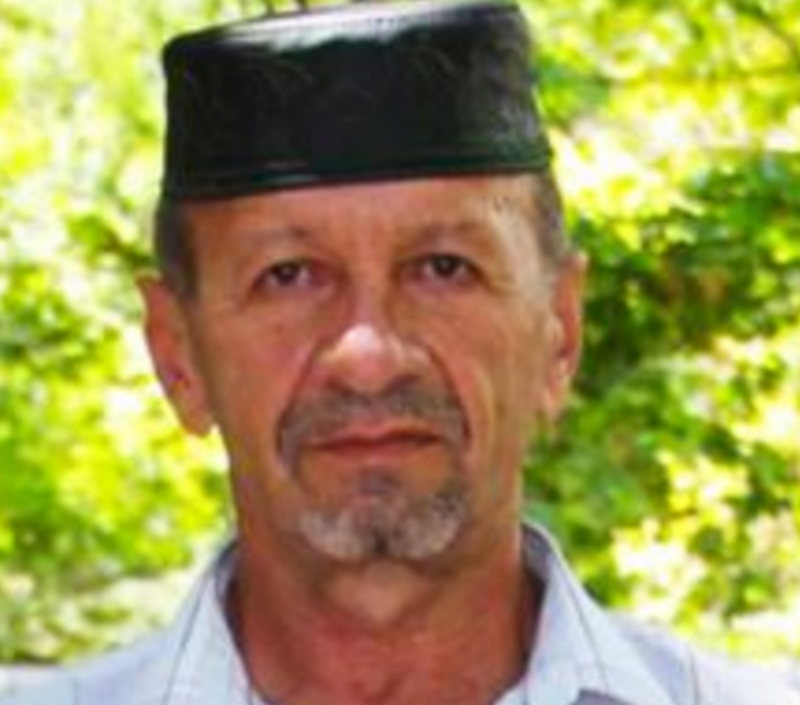 57-year-old Nedim Khalilov has declared a hunger strike after Russia ‘deported’ him from illegally annexed Crimea.  He says that he will risk his life to fight for his right to live in his homeland as a Crimean Tatar, and not be deported as though a foreign citizen.  “No foreign country recognizes me as its citizen, and I will not apply to become a citizen of any other state”. He asks, if he dies, for his body to be returned to outside Kerch, where the graves of his father and brother lie.

The Crimean Tatar activist has been held in a centre for foreigners in the Krasnodar region of Russia since being forcibly taken from Crimea on Nov 7.  His initial statement on Nov 21 that he planned a partial hunger strike was ignored, and he has now said that he will be refusing any food.

Russia’s plan to deport Khalilov to Uzbekistan is of staggering cynicism.  Yes, this was his place of birth, but only because his family, like all other Crimean Tatars had been deported from Crimea in 1944.  In November 2015, Ukraine’s parliament finally adopted Resolution № 2493а recognizing the Deportation as genocide of the Crimean Tatar people.

For decades those Crimean Tatars who survived and their children were forced to live in exile, most in Uzbekistan.  Khalilov returned, clearly with his family, in 1988 and has lived in his homeland ever since.

He on principle refused to take on Ukrainian citizenship after the Soviet Union collapsed, insisting that he should have a Crimean Tatar passport.  Since Ukraine had back in 2002 required that all citizens change Soviet documents for Ukrainian, Khalilov is, legally speaking, a stateless person.

Russia as occupying state has chosen to use this and ‘deported’ Khalilov although the latter is in his own homeland and he quite literally has no family or place to go to in any other country.

In Khalilov’s case, the reason seems brutally obvious.  In February 2016, he filed a civil suit asking for the actions of the occupation regime and Russian President Vladimir Putin to be declared illegal.  Nine months later Khalilov was ‘deported’, with no chance of appeal.  He was not allowed to return home at all, and is now effectively imprisoned near Sochi.

Russia is reinstating the worst practices of the Soviet regime.  Shortly after invading and annexing Crimea, it banned veteran Crimean Tatar leader and former political prisoner Mustafa Dzhemiliev from his homeland, and later did the same with the head of the Mejlis or representative assembly of the Crimean Tatar People, Refat Chubarov.

In January 2015 Sinaver Kadyrov, one of the coordinators of the Crimean Tatar Rights Committee, was also ‘deported’ as a Ukrainian citizen from his native Crimea.