Russia targets only Crimean Tatars and their families in revenge prosecution 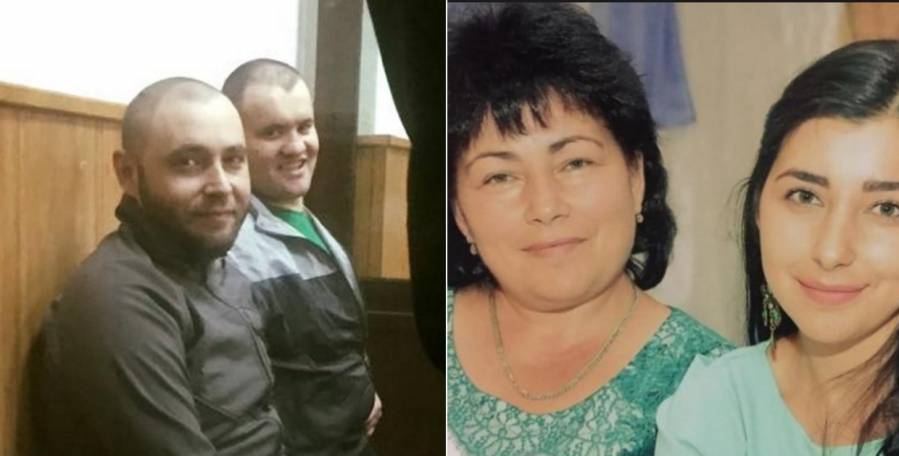 Not satisfied with imprisoning Crimean Tatars on absurd charges regarding a pre-annexation demonstration over which Russia has no jurisdiction, the occupying state is increasingly applying methods of intimidation and repression against prisoners’ families. On Nov 29, Aliye Degermendzhy, whose son Mustafa has been held in detention for 18 months without any real charges, was stopped by Russian border guards and interrogated for several hours, before finally being allowed back into occupied Crimea.   Since Russia has banned or even deported Crimean Tatars from their homeland, any such incident is of concern.

There are strong grounds for seeing both the prosecution of Mustafa Degermendzhy and his ongoing detention as acts of revenge – against Crimean Tatars generally, and against him Degermendzhy and Asanov for refusing to give false testimony against Akhtem Chiygoz, Deputy Head of the Crimean Tatar Mejlis [representative assembly].

Chiygoz, Degermendzhy and Ali Asanov have all been in detention for over 18 months on legally absurd charges.  Chiygoz is charged with ‘organizing’ mass riots, Degermendzhy, Asanov and three other Crimean Tatars – of taking part in them.  The charges all pertain to a pre-annexation demonstration over which Russia has absolutely no jurisdiction with only Crimean Tatars targeted.

Even if Russia had jurisdiction, it would still have no proper charges against any of the men.  At the end of July, the ‘trials’ were separated, with Degermendzhy, Asanov, Eskender Emirvaliev; Eskender Kantemirov and Arsen Yunusov together, and Chiygoz on trial alone.  Chiygoz has also been prevented from attending his own ‘trial’ in person.  All of this seems clearly aimed at diffusing solidarity for the men and deflecting public attention to the proceedings.

During the hearing into the charges against the 5 men on Nov 18, the prosecutor read out the same indictment five times, simply changing the name of the defendant.  All of them are charged under article 212 § 2 of the Russian criminal code (participation in mass disturbances).

At the hearing, Asanov said that he did not understand the indictment, that he denied any wrongdoing and that he refused to testify in court.

Degermendzhy added that not only the charges were unclear, but also which country’s ‘public order’ they were accused of infringing.

He also pointed out that the charges now presented were identical to those which had prompted the Crimean Supreme Court to return the case to the prosecutor.  Instead of giving some substance to vague and unspecific charges, the prosecutor has simply repeated them.

The other three men are less emphatic, which possibly explains why they are at liberty.  They partially acknowledge ‘guilt’, though deny any organized participation in disturbances.

Judge Serhiy Demenyuk seems in no hurry to conclude this lawless ‘trial’ and insists on cancelling hearings if even one of the men’s defenders is unable to attend.  Demenyuk also appears to have refused to allow relatives of the men to act as civil defenders (Aliye Degermendzhy earlier had such status, with this meaning that she could at least visit her son.).

The court hearings in the Chiygoz trial have essentially concentrated on listening to alleged ‘victims’.  Most are closely connected with the pro-Russian activists whom Russian brought to power at gunpoint in February 2014.  There is no evidence that they sought medical treatment at the time, and this is one of the numerous reasons, over and above the total lack of any legal jurisdiction, which prompted the Memorial Human Rights Centre to declare Chiygoz, Asanov and Degermendzhy political prisoners.  With respect to the ‘victims’, Novaya Gazeta reported in late February 2015 that Russia’s Investigative Committee had on February 2, 4 days after Chiygoz’s arrest and 11 months after the events, invited Simferopol residents to come forward “even in the absence of bodily injuries”.

Even with such ‘witnesses;, nothing at all ‘incriminating’ has been found.  The occupation authorities constantly mention that two people died that day, however not one of the men on trial is accused of involvement in their deaths.  One woman was crushed in the pro-Russian section of the demonstration.  Her husband has repeatedly stated that he does not think that any Crimean Tatars were involved (See: Russia’s trial of jailed Crimean Tatar leader turns openly racist)

The available video footage shows Chiygoz and all other Mejlis leaders working to restrain hot heads that day.  On one of the videos, Degermendzhy can be seen leaving the demonstration with his father who has asthma and became quite distressed in the crowd.  According to Asanov’s lawyer, Alexander Katelin, there is footage showing clearly how the alleged ‘victim’, a pro-Russian demonstrator threw a bottle with water which hit Asanov on the head, and that Asanov was too far away to hit him back.   Much of the footage came from Radio Svoboda which has now produced an important video of the events that day and about the trials.

The demonstration on February 26, 2014 almost certainly spoiled Russia’s plan to seize Crimea without getting its hands dirty. The Crimean Tatar Mejlis had strong grounds for believing that an attempt would be made in the Crimean parliament on Feb 26 to push through a ‘vote’ changing Crimea’s status.  They called on all Crimean Tatars and other Ukrainians to gather outside parliament to prevent this from happening.

Refat Chubarov, Head of the Mejlis, is convinced that they “succeeded that day in preventing a session of the Crimean parliament , called by its leaders who were by that stage totally under the control of Russian Security Service [FSB] officers illegally present in Crimea.  They thus disrupted a scenario carefully planned by the Russian military-political leadership to conceal their criminal plans for seizing Crimea and give the international community the illusion of ‘legality’ for wrenching it from Ukraine”.

Heavily armed Russian soldiers without any insignia seized control of the parliament buildings at around 4 a.m. the next morning.

The Mejlis had played a major role in thwarting the covert coup, and it soon afterwards called on Crimeans to boycott the pseudo-referendum which Russia used to try to conceal the real nature of its annexation.

Eleven months later, on Jan 29, 2015, Chiygoz - the highest-ranking Mejlis leader to not have been banned from Crimea – was arrested and has been imprisoned ever since.  Asanov, whose wife was expecting their fourth child, has been in detention since April 2015, Degermendzhy since 2015.  Both men are probably in detention because they reject all the charges and will not testify against Chiygoz.  Russia has now flouted international law by banning the Mejlis, the self-governing body of the main indigenous people of Crimea and more arrests are unfortunately expected.