Is It Prudent or Paranoid to Worry about Russia’s Influence in the Baltics? 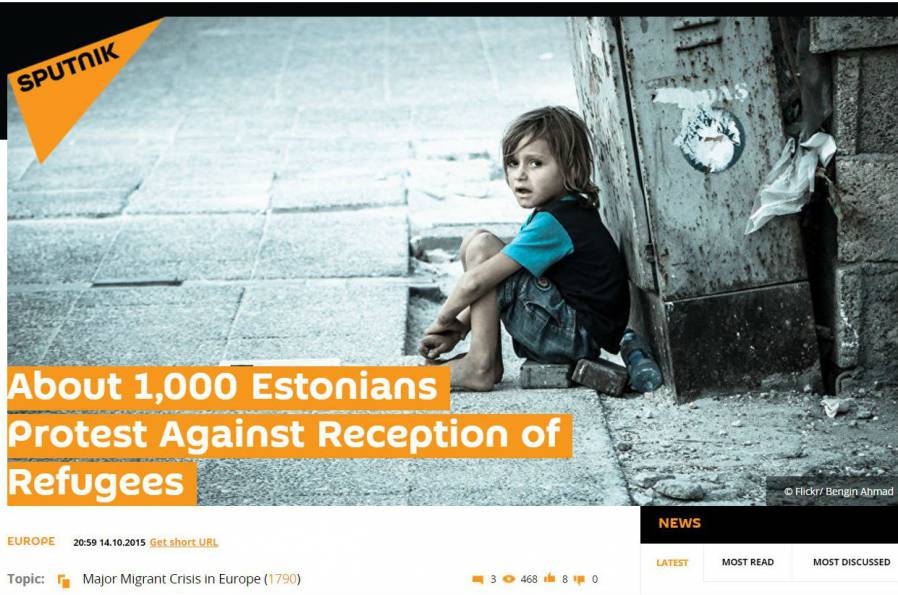 Pro-Kremlin media like Sputnik give air time to national populists and far-right groups to spread their message on the refugee crisis. The aim is for irrational fear of refugees or concerns about the rise of the far-right to overshadow criticism of Russia’s aggression in Ukraine. Credit: Screenshot Sputnik

Russia has been busy spreading its influence in Europe and Eurasia. Alexander J. Motyl worries that the Baltic states are “the most vulnerable to a complete [Russian] takeover,” and security expert Paul D. Miller predicts that World War III could break out in Latvia. Last month Lithuania issued a manual on what to do if Russia invades. These scenarios might sound far-fetched from well-appointed conference rooms in Washington, but in Eastern Europe, they do not.

The security services of Estonia, Latvia, and Lithuania have all sounded the alarm. According to Lithuania’s 2015 National Security Threat Assessment, Russia views the post-Soviet space as an “arena of geopolitical competition,” refuses to acknowledge their sovereignty, and has responded to greater tensions with the West by renewed efforts to influence its neighbors. We know that Russia uses a variety of tools to project power and exert influence, but here’s what it’s doing in the Baltics:

Supporting extremists: Pro-Kremlin media gives air time to national populists and far-right groups to spread their message on the refugee crisis. The aim is for irrational fear of refugees or concerns about the rise of the far-right to overshadow criticism of Russia’s aggression in Ukraine. In Latvia, pro-Kremlin media depict asylum seekers as threats to European security and values while portraying Russia as Europe’s true friend. In Estonia, Russian journalists were sent to Estonia on tourist visas to cover anti-refugee meetings and visit the Vao refugee center. They were seeking material to support the line that Estonia hates foreigners, including refugees and Russians.

Despite serious concerns about the Kremlin’s range of activities in the Baltics, it would be wrong to conclude it is succeeding. Its aggression and manipulations are constrained by an economic downturn (compounded by Western sanctions and low oil prices), increasing internal competition and hostility among its agencies and supporters, and limited credibility abroad, as observed reality is demonstrably different from what is depicted by Kremlin propaganda. These weaknesses should be the focus of efforts to safeguard national and European security.

Jakub Janda is head of the Kremlin Watch Program and Deputy Director at the European Values Think Tank based in Prague. He is the author of Security Situation in the Baltic States in 2015: The Role of Russia, from which this article has been adapted. He tweets @_JakubJanda.