Ukrainian Muslims join in affirmation of unity and support for Ukraine 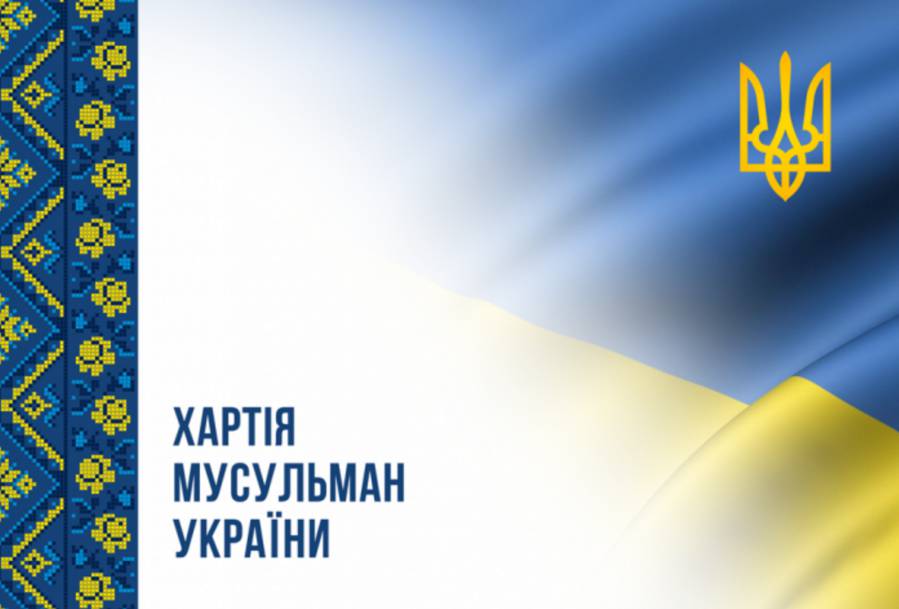 34 Ukrainian Muslim organizations have signed a Charter of Muslims of Ukraine aimed at joining in a single consolidating force for Ukrainian unity.  The move and the affirmation of support for Ukraine’s territorial integrity are especially vital given the challenges brought by Russia’s occupation of Crimea and military conflict in Donbas.  The most devastating blow for many Crimean Muslims has been the Chief Mufti of Crimea’s decision to cooperate with the Russian occupation and evidence of collaboration with the repressive organs by the Spiritual Directorate of Muslims of Crimea, under the Mufti.

Serhiy Danilov, a Crimea specialist at the Association of Middle East Studies [AMES] was one of the guests at the ceremony on Dec 5.  He explains that the annexation of Crimea, as well as the occupation of parts of the Donetsk and Luhansk oblasts have fundamentally changed the “map of Muslim organizations of Ukraine”.  With the effective loss of the largest religious association – the Spiritual Directorate of Muslims of Crimea  - from this map, and the latter’s increased role as an instrument of the occupation regime,  a significant percentage of those with a position viewed as dissident have been driven from Crimea.   The meeting in Kyiv and the Charter are a clear attempt to demonstrate the position of Muslims to demonstrate their position on such crisis issues, Danilov adds.

Said Ismagilov, Chief Mufti of the Spiritual Directorate of Muslims of Ukraine [UMMA] explains that the document sets out the principles by which Muslim organizations will build their relations among themselves, and their position with respect to the Ukrainian State, its laws, language, culture, etc.  Although it is, in broad terms a continuation of the 2008 European Charter of Muslims, there are crucial differences.  The Charter of Muslims of Ukraine expresses support for Ukraine’s unity, its sovereignty and territorial integrity and respect for the State language and for all other faiths.

The fundamental principles include affirmation that, regardless of which spiritual directorate, centre or society they belong to, Muslims are united as to the God- and Holy Scripture-established foundations of their faith.  Fundamental human rights are protected for all regardless of sex, race, citizenship or religious faith (the list of fundamental rights is different to those listed in international documents), and there is general affirmation of principles of tolerance and peaceful co-existence, of equality of men and women in society.

A separate section refers specifically to Muslims in contemporary Ukraine, and, as mentioned, strongly supports its sovereignty, independence and its territorial integrity.  Muslims of Ukraine, while remaining true to the principles of Islam, are always open to dialogue with representatives of other faiths with respect to current issues in society.  The Charter supports Ukraine’s economic and cultural cooperation with both Muslim and non-Muslim countries, and specifically states that Ukraine’s European integration will foster protection of the rights and freedoms of religious minorities in Ukraine.

The signatories call for internal Muslim dialogue and condemn the use of negative terms such as ‘extremism’, ‘vahhabism’ or ‘Islamism’ as harmful for the image of Muslim communities within Ukraine. They too, however, unequivocally condemn any form of terrorism, especially under religious banners as a crime which contradicts the principles of Islam.   They reject violence in any form and express solidarity with Muslims who are facing repression and persecution in any country.

The document and the affirmation of principles of tolerance and pluralism are in stark contrast to the situation in Russian-occupied Crimea and areas under Kremlin-backed militant-control in Donbas.

Pressure on Muslims generally began soon after Russia’s invasion and annexation of Crimea.  By late summer, 2014, there were already reports of armed searches of Crimean Tatar homes, Muslim schools and mosques.  These have continued, with a mosque searched back in November and an imam fined for a ‘prohibited book’ which was almost certainly planted.

The Chief Mufti of Crimea Emirali Ablaev decided fairly early to cooperate with Russia, and there have been disturbing indications over recent months that he has positively denounced Crimean Muslims to the occupation authorities.  He has certainly not made any significant effort to stand up for the ever-increasing number of political prisoners in Crimea, including 19 men who are in prison as Muslims.  Even if the Chief Mufti considers it acceptable to persecute members of Hizb ut-Tahrir, an organization which is legal in Ukraine, and totally peaceful, he must be aware that there is no evidence that the men in custody are in fact members of Hizb ut-Tahrir.  For the increasingly repressive occupation regime, being Muslim is quite enough.