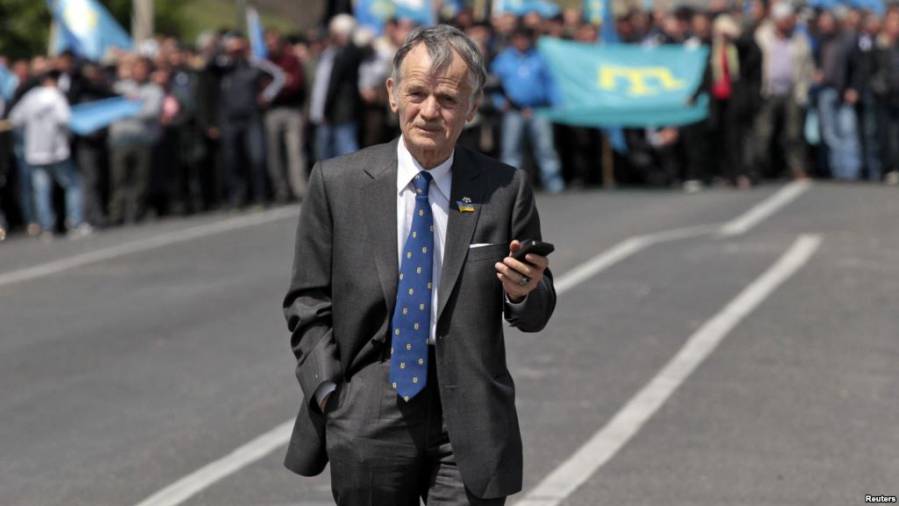 Russia’s Supreme Court has upheld the 5-year ban imposed shortly after Russia invaded Crimea preventing Mustafa Dzhemiliev from entering his homeland.  The move, reported by lawyer Mark Feygin, is of staggering lawlessness, but was anticipated and essentially the last stage before approaching the European Court of Human Rights.  The Court in Strasbourg will surely find that there has been a grave violation of Mustafa Dzhemiliev’s rights.

The veteran Crimean Tatar leader was 6 months old when the entire Crimean Tatar people were deported from Crimea, a crime now recognized by Ukraine as an act of genocide.  He spent 15 years in Soviet labour camps over his struggle for the right of the Crimean Tatars to return and for human rights generally.  Now a Ukrainian MP and the Ombudsperson on Crimean Tatar affairs, he enjoys world renown for his unwavering commitment to his people and to peaceful methods of defending fundamental rights.  He has been nominated for the Nobel Peace Prize at least once, and has received countless honours throughout the world.

The news that Russia had issued a 5-year-ban came on April 22, 2014, soon after the Crimean Tatar leader had arrived back in Crimea after Russia’s invasion and annexation.  On his arrival in Simferopol, Dzhemiliev immediately noticed that the Ukrainian flag had been removed from over the building of the Crimean Tatar Mejlis (representative assembly) and ordered its reinstatement.

The retaliation against Dzhemiliev was almost immediate.  The attack on the Mejlis took only slightly longer.  By early July 2014, the head of the Mejlis, Refat Chubarov had also been banned from his homeland.  Then in September, after the Mejlis called for a boycott of totally illegitimate ‘elections’, the representative body itself and its headquarters came under attack.  The Mejlis, which is the self-governing body of the main indigenous people of Crimea has now been banned totally.  Deputy Mejlis leader Akhtem Chiygoz has been imprisoned on surreal charges since January 2015, and another Mejlis leader Ilmi Umerov is facing a possible 5-year prison sentence for ‘separatism’.   Russia is, incredibly, claiming that Umerov’s statement that Russia should be forced to leave Crimea and Donbas constitutes ‘public calls to action aimed at violating Russia’s territorial integrity’.

If Russia waited until Dzhemiliev and Chubarov were in mainland Ukraine before imposing their illegal ‘bans’, it has since actively ‘deported’ Ukrainian Crimean Tatars from their homeland.

The Supreme Court’s ruling was so depressingly predictable that Feygin has not given any detail.  The previous appeal against the decision passed by Russia’s FSB was heard by a Moscow court on May 20, 2016 behind closed doors.  The FSB claimed that they had ‘secret information’.  Judging by a previously ruling, this was presumably material aimed at explaining why the 72-year-old who regularly meets with world leaders needed to be banned “to ensure the state’s defence capacity and security, and to safeguard public order.”  The claims were, in fact, eerily similar to those used by the Soviet regime to justify holding Dzhemiliev in political labour camps for 15 years.

As well as banning Mustafa Dzhemiliev, Russia has also issued an arrest warrant against him and placed him on the federal wanted list.  The charge is surreal.  Dzhemiliev is accused of having on May 3, 2014 tried to cross into Crimea from mainland Ukraine at the Armyansk border crossing.   The ‘indictment’ reads:

In short Russia is prosecuting Dzhemiliev from trying to cross into his own homeland which Russia, in violation of Ukrainian and international law invaded and is now illegally occupying.