Ukraine’s most malicious miscarriages of justiceProtests throughout Ukraine following 7-year sentence against civic activist Serhiy SternenkoSo what will “New SBU” be?What is wrong with the bill on SBU?2020: There was no worse year in the realm of human rights after the Revolution of DignityUkraine found in bulk violation of the prohibition of torture over denial of justice to life prisonersExpert opinion (Amicus Curiae) on the application and interpretation of the case-law of the European Court of Human Rights in criminal proceeding № 52017000000000361Decision of the Committee of Ministers of the Council of Europe concerning access to health care and conditions of detention in Ukrainian prisons: urgent action is needed (Press release)Court in Ukraine revoke’s Yanukovych’s arrest warrant over Maidan killingsOpinion on the political motives of criminal persecution and violation of human rights in the case of Sergiy PashinskyHuman Rights Agenda calls on the government to return to legal means of leaving the constitutional crisisViktor Lozinsky, the ex-MP convicted of murder, wins in local elections in UkraineZelensky’s dangerous judicial reform bill puts Ukraine on collision course with IMF and EUHigh-level sabotage of judicial corruption probe into Ukrainian judges boasting of ‘political prostitution’Право на охорону здоров’я у в’язницях протягом пандемії COVID-19Dangerous arson attack on prominent Ukrainian anti-corruption activistFar-right French politicians enter Crimea illegally to rubberstamp fake Putin and occupation forever voteUkrainians’ tolerance towards unlawful violence is increasing – human rights protectorsPrison problems. Old cases of people sentenced to life imprisonment is the legacy of the past – of the Soviet UnionАналіз виконання рекомендацій щодо пенітенціарної системи, наданих Україні Європейським комітетом з запобігання катуванням з 1998 року
• Topics / Social and economic rights 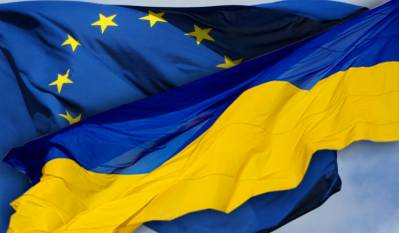 Ukraine is carrying out intense and unprecedented reforms across its economy and political system, while its democratic institutions have been further revitalised.

This is the observation of a joint report released today by the European External Action Service and the European Commission, ahead of the third EU-Ukraine Association Council on 19 December 2016, which examines the state of play of Ukraine’s implementation of the Association Agenda since 1 January 2015

"Ukraine has taken big steps in the last two years, under very difficult circumstances, not least the conflict in eastern Ukraine and the illegal annexation of Crimea and Sevastopol. Today’s report fully recognises this work done by the Ukrainian authorities. It is now crucial to move from passing legislation and setting up institutions to full implementation of these reforms so that Ukrainian citizens can reap the benefits. Ukraine can count on the European Union’s support moving forward”, said the High Representative/Vice-President, Federica Mogherini.

"Ukraine’s reform efforts are bringing results”, said the Commissioner for European Neighbourhood Policy and Enlargement Negotiations, Johannes Hahn. “Ukraine has taken important steps to address the key, systemic challenge of corruption both by limiting the scope for corruption in a number of areas, and strengthening the means to pursue wrongdoers. This work must continue, and bring real change to the way the country operates. Tackling corruption and creating a reliable judicial system are also key to transforming the business climate and rebuilding prosperity. The European Union will continue to support Ukraine in these efforts, both politically and financially.”

The joint report looks at important developments and reforms undertaken in line with the strategic priorities agreed between the EU and Ukraine as part of our Association Agenda. According to the report, Ukraine has implemented a number of reforms to curb corruption and to clean up the banking system, and has embarked on ambitious energy reforms, as well as strengthened democracy and the rule of law. Progress in other areas in the EU-Ukraine Association Agreement, parts of which have been provisionally applied since November 2014, has also been made, for example regarding the adoption of constitutional amendments to the judiciary, the adoption of an ambitious human rights strategy and action plan, and the undertaking of decentralisation reforms.

The report gives an overview of Ukraine’s efforts to improve its electoral framework, its constitutional framework and good governance. It takes note of the significant steps made during the reporting period, in dialogue with its active civil society. It also highlights that in some other areas, such as privatisation of state owned enterprises as well as the social and health sector, reforms have advanced more slowly. The report also highlights the difficult humanitarian situation and the efforts to assist Internally Displaced Persons (IDPs), for whom the payment of social benefits and/or pensions remains in the process of being resolved. For Ukrainian citizens residing in the non-government controlled areas, this issue has yet to be addressed. Generally, the report highlights a need to proceed with swift and effective implementation of reforms so that their effects can be felt by the population.

In the section on economic development, the report underlines the benefits brought to the EU and Ukraine since the start of the provisional application of the Deep and Comprehensive Free Trade Area (DCFTA) in January 2016. Ukraine has adopted many legislative acts that have brought its trade-related legal framework closer to that of the European Union, and in doing so has enabled the benefits and opportunities offered by the DCFTA to start reaching the Ukrainian citizens. Ukraine has the potential to attract even more foreign investment if the business and investment climate are improved.

The report also notes that Ukraine successfully met all benchmarks under the Visa Liberalisation Action Plan, which led to the European Commission’s proposal to the Council and the European Parliament in April 2016 to lift visa obligations for Ukrainian citizens. In this context, the agreement reached on 7 December between the Council and the European Parliament on the suspension mechanism, paves the way for the conclusion of visa liberalisation for Ukraine.

Ukraine also provides personnel and equipment to EU civilian and military operations, including a contribution to three EU Battle groups with military personnel and one strategic lift aircraft. This contributes to strengthening the EU’s role as a global security provider and increasing the resilience of countries worldwide.

The European Union continues to fully support Ukraine’s sovereignty and territorial integrity within its internationally recognised borders and continues to condemn and will not recognise the illegal annexation of Crimea and Sevastopol by the Russian Federation. The European Union also continues to support the diplomatic efforts to find a lasting peaceful solution to the conflict in eastern Ukraine through the complete implementation of the Minsk Agreements.