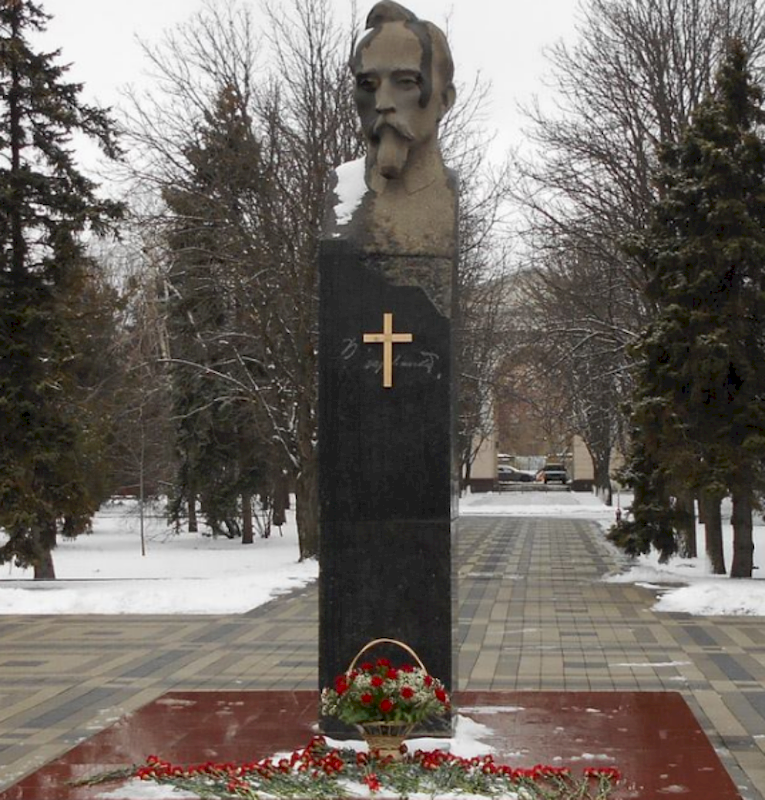 Two Krasnodar activists have been jailed for 15 days for their alleged involvement in the appearance of a wooden crucifix on the monument to Felix Dzherzhinsky, first head of the Cheka, or notorious Soviet secret police.  It is possible that the FSB, the modern version of the same security service, just used the cross as a pretext for repressive measures against two ‘dissidents’, however they also appear to have gone into overdrive in their reaction to the cross, intimidating even the local media into removing their reports about the cross.

The crucifix appeared on the Dzherzhinsky monument in the morning of Dec 20.  This is the anniversary of the creation of the Cheka by Vladimir Lenin in 1917, and the day, unofficially known as Day of the Chekist, is officially a day for honouring members of the security services – from Cheka to the FSB.

There is no real proof that Alexei Knedlyakovsky (Nekrasov) and Viktor Chirikov actually fixed the wooden crucifix to the bust of Dzherzhinksy, nor, in fact, is it entirely clear what the action was really saying.  While a crucifix is used against the Devil, this one is simply attached to the front, as one often sees on a gravestone.  One of the comments on Knedlyakovsky’s Facebook page suggests that it should have been an Aspen stake and garlic (for warding off vampires).

Whether or not Knedlyakovsky was responsible for the cross, he did post a photograph of it on his Facebook page with the following text:

He fights the lack of spiritual orienteers and strengthens the spiritual-moral foundation of society.  He leads hatred and revenge and wages an energetic and active battle against enemies of the people. He is concerned about the health of the family and health of the nation.  He sees the guarantee of his success as in traditional values passed on by his predecessors in combination with a focus on the future. For him stability is the condition of development and progress. He believes that you don’t just need to crush the existing enemy forces, but to show that whoever raises their sword against the existing class structure will also perish by the sword”.

The measures here are not so bloody or drastic, however first Knedlyakovsky was arrested on Dec 23, and sentenced to 15 days’ imprisonment for what the court chose to view as ‘hooliganism’, then Viktor Chirikov, a local activist from the opposition Solidarnist Party.  He was arrested on Dec 24 and also sentenced in a closed court hearing to the same 15 days’ administrative arrest.  Knedlyakovsky’s court hearing was open, however the judge had refused to wait until his lawyer Alexander Popkov could get to Krasnodar, and the ‘hearing’ apparently took all of 4 minutes.

Both men deny the charges and there will be appeals, however even if they are allowed, which happens very seldom, the men are imprisoned now.

Lawyer Andrei Sabinin has, fortunately, posted the court ruling on Chirikov, with this apparently identical to Knedlyakovsky’s sentence.

The ruling, issued by judge Stanislav Burenko, claims that Chirikov attached “an object in the form of a cross which infringed public order and showed overt disrespect for society”.  In addition, the action is supposed to have caused damage to the memorial, though this is nowhere described or quantified.

The police claimed to have CCTV footage 'proving' that Knedlyakovsky attached the crucifix and Chirikov photographed this, with the judge accepting this as 'proof' sufficient to override the men's denial of any involvement.  The footage can be seen below 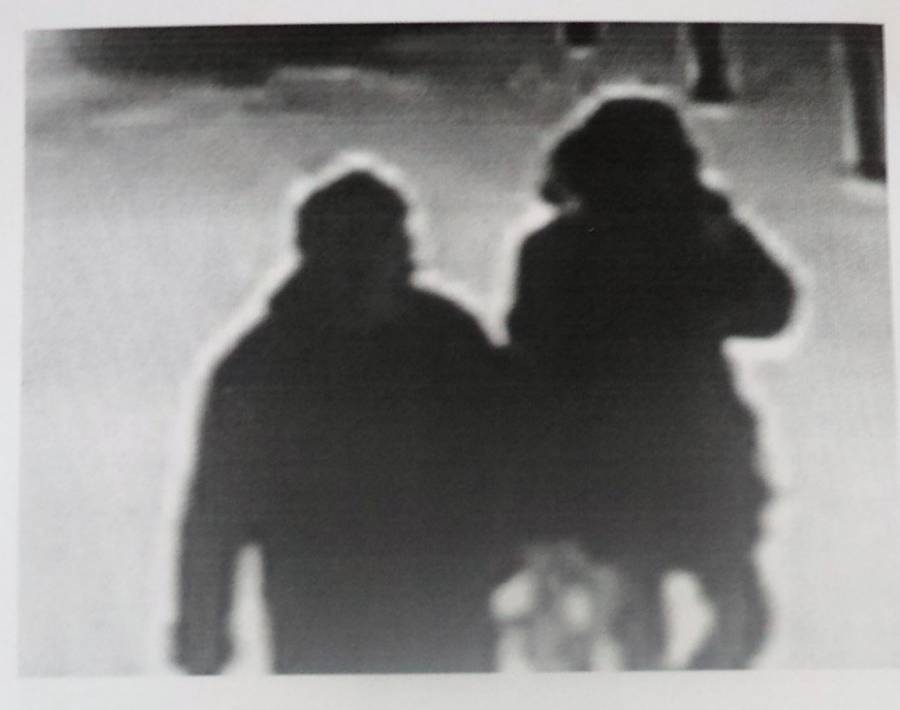 It was on the basis of this 'evidence' that two men were jailed for a crucifix on a monument to a man whose secret police were responsible for political terror and countless deaths.  Nor did the FSB stop there, with many local media having obviously been intimidated into removing material and muffling the action altogether.

Mikhail Savva, an academic and former victim of persecution from Kuban now living in Ukraine, sees only the wish by the FSB to punish two Russians who spoiled their ‘Day of the Chekist’ and made them the object of ridicule.

“The FSB set up the police, prosecutors and judges who took part or will still take part in this case. The names of all officials who dirtied themselves through their involvement in this lawlessness are known.  There is no chance that we will remember these names.  Ladies and Gentlemen, you will be held to answer.  The regime that is protecting you is not for ever. Are you sure that you need this?”

It is 25 years since the huge statue of ‘Iron Felix’ was pulled down from outside the then KGB headquarters on Lubyanka, in Moscow.  It seemed back in August 1991 that the Soviet era, and Soviet secret police had had their day.  Since Vladimir Putin became President at the end of 1999, the FSB has gained in power, and possibly wields even greater control than in Soviet times when it did ultimately answer to the Communist Party leadership.  There is mounting resistance to any honest assessment of the Soviet past, including its bloodiest figures and darkest pages.