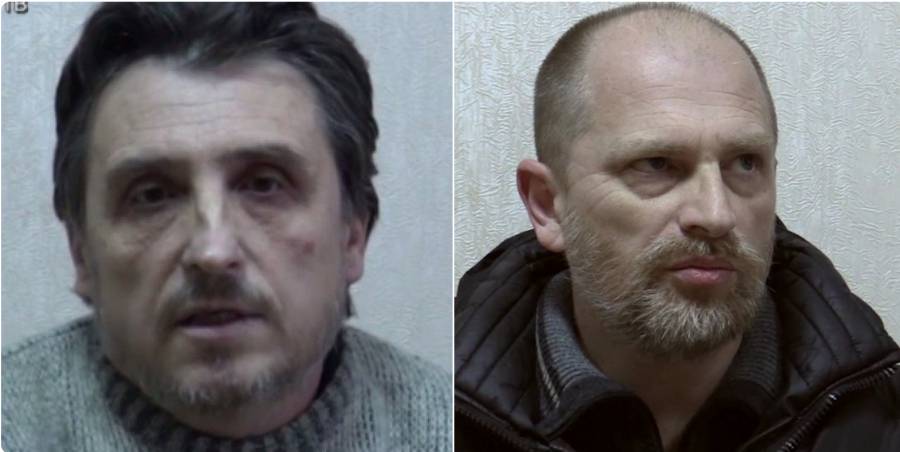 A day after reporting the seizure ‘for extremism’ of a second Luhansk blogger, militants from the so-called ‘Luhansk people’s republic’ [LNR] have posted the standard videoed  ‘confession’.  During this, 53-year-old Hennady Benitsky shows possible signs of having been ill-treated and is very obviously distressed.  The militants have also dragged in Benitsky’s adult son, who gives the impression of having been, at very least, threatened.

In its initial report, the ‘ministry of state security’, as they call it, accused Benitsky of ‘circulating extremist material’ on Facebook, including instructions on how not to fall into the militants’ clutches.  They claim that he “spread extremist material containing negative information dishonouring citizens of the Republic, and also publication of an offensive nature about civic organizations, state structures and LNR executive bodies, including the head of the Republic”.    He is accused of ’inciting enmity on national and social grounds’.

In that first report, they said only that what they called Benitsky’s “unlawful activities” had become known in the course of what they call criminal proceedings against another Luhansk blogger, Edward Nedelyaev who was taken prisoner a month ago.  Nedelyaev’s ‘arrest’ was reported very soon, whereas Benitsky’s disappearance from the Internet was first noticed at the beginning of December, and is only being reported now.  The militants are calling him an accomplice to  Nedelyaev, and claim that they found ‘extremist’ leaflets in his home.

Benitsky had obviously understood the danger he was in and tried to delete Facebook content.  The militants had either been following it, or have reinstated it, and have found material critical of LNR leader Igor Plotnitsky and the so-called ‘republic’ in general.

Both Nedelyaev and Benitsky are totally under the control of the militants and it can only be guessed what kind of measures are being applied to extract the ‘confessions’.

The same situation and similar videos are regularly produced of Ukrainians seized by the FSB in Russian-occupied Crimea.  There, however, in two or three cases, it has been possible (in Yevhen Panov’s case after intervention from the European Court of Human Rights)  for a proper lawyer to speak to men detained.  In all such cases, the person has retracted the so-called ‘confessions’, and said that they were extracted through torture and / or threats to the person’s family.

The situation in areas under Kremlin-backed militants is even worse since there seems to be no access to any real lawyer.  Nedelyaev, who writes as Edward Ned, was also taken prisoner with the same claim that he was circulating ‘extremist material’.  Soon afterwards,  on a video shown on Nov 30, he ‘confessed’ to spying and says he planned to become a partisan.  He has since also spoken of being connected to the Ukrainian Aidar Battalion.

There is every reason to assume that duress was applied to ensure that Nedelyaev and Benitsky ‘confessed’ to everything that the militants from the outset said they had done.  There are equally compelling grounds for believing that all such claims are fiction. Although there are partisans throughout the territory under militant control, these are people who deliberately maintain a very low profile.  Both Nedelyaev and Benitsky are bloggers who openly tweet or post highly critical comments about the militants.  Nedelyaev, for example, spoke in the summer with a correspondent from Germany’s Bild newspaper.

The same applies to Vlad Ovcharenko and Artem Akhmerov, the two young Zarya football fans whom the militants seized on Oct 10 and who are also accused of ‘state treason’.

The militants’ techniques are those now used by the FSB against Ukrainian political prisoners in Crimea or Russia.  Take away the Internet, use slightly different ways of describing the supposed ‘anti-state behaviour’, and it is all depressingly similar to Soviet methods against dissidents.