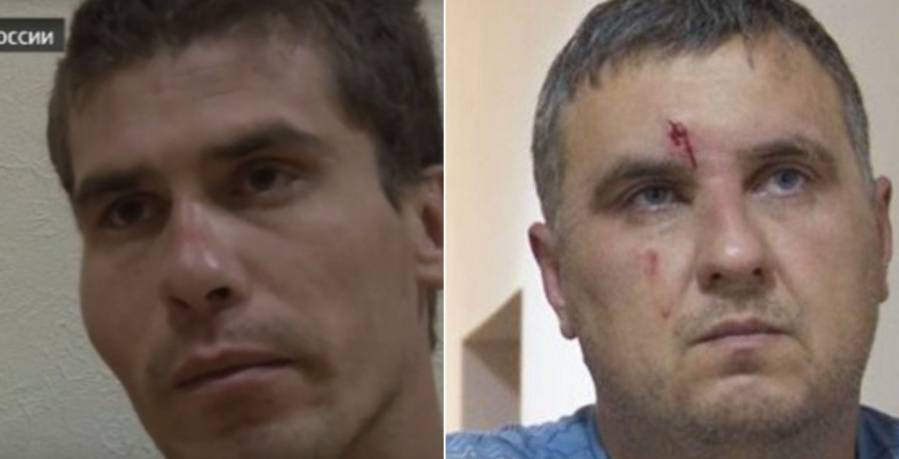 Back in 2014 Crimean Tatar Ridvan Suleymanov was among the Ukrainians who held out for over 20 days, refusing to abandon a Ukrainian military unit surrounded by Russian soldiers.  Two years later, lawyer Emil Kurbedinov notes, he has been arrested by the FSB, part of a grotesque attempt to accuse Ukraine of ‘sabotage’ and ‘incursions’ on its own territory which is under Russian occupation.

26-year-old Suleymanov was the first Ukrainian to be arrested by the FSB at the end of July 2016.  Why is not necessarily clear since his videoed ‘confession’ was broadcast after those of two other Ukrainians – Yevhen Panov and Andriy Zakhtei – and clearly linked to their testimony which both have since said was obtained through torture.

As is increasingly the FSB’s style, the only ‘evidence’ was from videoed ‘confessions’, first from Panov, then Zakhtei and then on Aug 12, from Suleymanov.  Panov looked obviously beaten, and has since given a harrowing account of torture, as has Zakhtei, making their ‘confessions’ to planning acts of sabotage for Ukrainian military intelligence meaningless.

It was only after Suleymanov was shown on Russian television, that anything was learned of his arrest.  Refat Chubarov, head of the Crimean Tatar Mejlis [representative assembly] ascertained from family that he had been taken into custody some three weeks earlier, but that his family had not said anything of his arrest, fearing that this could harm him.

On the video shown on Aug 12, Suleymanov asserts that he was recruited by Ukrainian military intelligence [HUR] in October last year, and ordered to gather information about the movement of military technology.  Later he had supposedly been instructed to find places for hiding explosives at the railway station and airport in Simferopol.  This was purportedly in order to move “from small acts to a big Jihad”.  The FSB claim that he was arrested at the Simferopol airport.

The FSB claims in Suleymanov’s case seem implausible.  Crimean Tatars have been particularly targeted since Russia’s annexation of Crimea, and are far more likely to be under close surveillance.  Yet he is supposed to have been assigned the task of planting bombs in sensitive locations.

It did seem possible, given the constant attempts to present Crimean Tatars involved in the Crimean Blockade as ‘terrorists’, ‘extremists’ and try to connect them with the so-called Islamic State, that Crimean Tatars might be targeted here.

At present, it is not at all clear where the FSB’s first ‘Ukrainian Crimean saboteur’ case is going.  Panov and Zakhtei have been held in Moscow since shortly after the European Court of Human Rights’ intervention forced the FSB, after 2 months, to let Panov see a lawyer for the first time.  Panov immediately explained that his ‘confession’ had been given under torture.  He and Zakhtei disappeared and were reported to be in Moscow a week later.

Typically, the only information that is available about a fourth person – Volodymyr Prysich – came from his ‘confession’ broadcast on pro-Kremlin Russian television.

It seems possible that Suleymanov was needed for the videoed ‘confession’ and for other surreal accusations. During a detention hearing on Dec 29, Kurbedinov reports, the FSB claimed that the 26-year-old had caused Russia, and directly the FSB, 4 million roubles in damages. The detention was extended for only one month, however it seems likely that the 26-year-old Crimean Tatar who does not appear to be charged over any real incident will remain in custody until this extraordinary ‘Crimean sabotage’ case ends in another squalid show trial and long prison sentences.