USA Today Parrots Kremlin Propaganda on CrimeaTrump is on collision course with international law over CrimeaTrump’s man in Moscow claims ‘misinformation’ about Crimea, Ukraine was ‘catastrophic’ & sanctions don’t workWhy a Trump Victory Would Put Ukraine in Danger. In Trump’s Own WordsMark it down, Mr Trump, Russia has already gone into UkraineNo surprises as Trump says he could recognize Crimea as ’Russian’ & lift sanctionsA British Foreign Secretary who excuses Russia’s invasion of Crimea?Kremlin’s Donbas proxies congratulate UK for ’doing what they did’ & voting for BrexitBrexit a gift to Putin, the far right & Trump, a blow to democracyEx-Mayor of London Boris Johnson blames Russia’s annexation of Crimea on the EUWhat European Values if Dutch Referendum Result Stands?Appeal by the leaders of Ukrainian national communities to the Dutch populationFormer Soviet political prisoners call on Holland to say yes to Ukraine’s European futurePlaying with fear and ignoranceHow a democratic tool became a threat to democracyUkrainian Jewish leaders appeal to Holland: Give our country the chance to break with the pastDutch referendum puts Ukraine in spotlightFirst Russia came for the journalists. and now it"s hiding their trials Interior Minister Avakov accused of manipulating public opinion over Ukraine’s most controversial trial Former Kremlin hostages put release of all Ukrainian political prisoners on the agenda
• Topics / Freedom of expression
• Topics / Human Rights Abuses in Russian-occupied Crimea 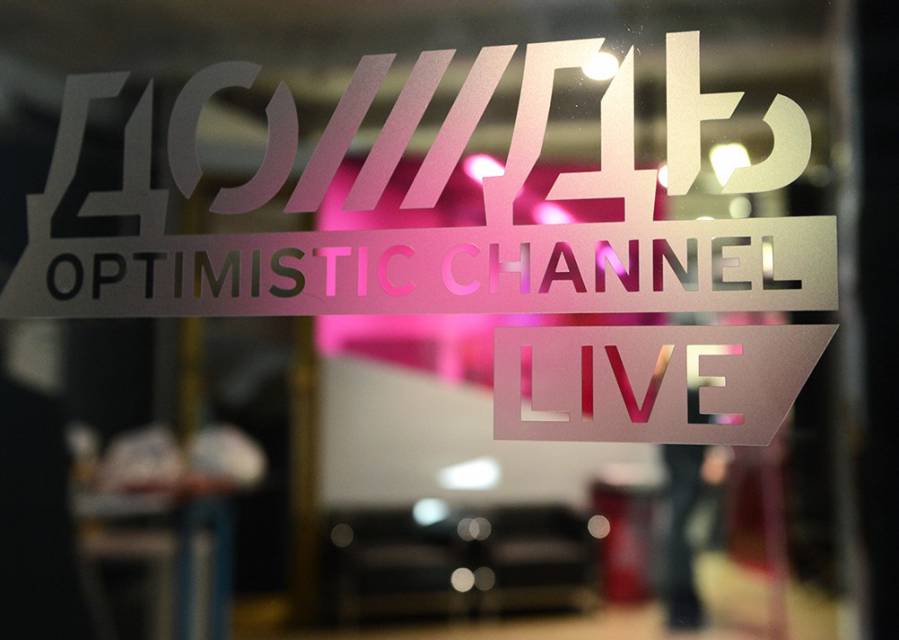 Ukraine’s removal of the independent Russian Dozhd TV from cable networks elicited angry responses and accusations of ’censorship’ from at least two international NGOs, neither of whom fully addressed the reason for the restrictions imposed, or what they did not entail. Freedom House and the Committee to Protect Journalists might have taken warning from the haste with which top Kremlin officials decided to shout about ‘censorship’ against a channel that the current Russian regime has repeatedly tried to destroy.

News of the National Broadcasting Council’s decision on Jan 12 certainly came as a shock.  Dozhd is one of the only independent TV channels in Russia, and an important platform for civic activists, opposition politicians and those willing to tell the truth about, among other things, politically-motivated arrests in Crimea and the Kremlin-backed militants in Donbas.

Moscow has a long tradition of exaggerating any restrictions in Ukraine, with the situation this time made easier by generally inaccurate media coverage, and mixed reaction.

Ukraine’s Broadcasting Council based its decision on monitoring of the channel’s programmes and failure to make promised changes after infringements were pointed out.  It should be stressed, first of all, that Ukraine has not ‘banned’ the channel as such.  It can be viewed and even subscribed to via the Internet.  Cable networks, however, are obliged to comply with Ukrainian legislation, and the Council pointed to several infringements.

One is in no way trivial. Almost three years after Russia invaded and occupied Crimea, TV Dozhd’s reports and its maps present Crimea as part of Russia.  In a Radio Svoboda interview, exiled Russian politician Ilya Ponomaryov, who was the only State Duma member to vote against Russia’s annexation of Crimea, pointed out that any other presentation would land Dozhd reporters in prison in the Russian Federation.

The response from Natalya Ligachova, a prominent Ukrainian journalist and champion of press freedom, was blunt and to the point: “So yet again, in Russia they simply have to comply with their laws, but it’s OK in Ukraine if TV Dozhd doesn’t follow Ukraine’s laws!”

We should be clear what is in question here.  This is not an issue of whether two speakers on a Russian TV channel can express opposing points of view as to whether Crimea is Ukrainian or Russia.  The internationally recognized position that Crimea is and remains Ukraine cannot be heard at all on Russian television.  Two Crimean Ukrainians – Crimean Tatar leader Ilmi Umerov and journalist Mykola Semena – are currently facing possible 5-year sentences in Russian-occupied Crimea for essentially no more than stating publicly that Russia should stop occupying Crimea.

In order to comply with Russian legislation, TV Dozhd must therefore only present Crimea as unquestionably part of the Russian Federation with all maps thus misrepresenting the truth.

This is at a time when Russia is waging undeclared war against Ukraine, and also spending vast amounts of money on propaganda worldwide aimed at pushing its position on Crimea, the war in Ukraine and sanctions.  There has, in fact, been a noticeable increase recently in attempts to push Russia’s narrative on Crimea presumably due to the pro-Russian and anti-sanctions position taken by US President-Elect Donald Trump and his people.

The Council points to one further breach of the law in that TV Dozhd journalists constantly visit Crimea illegally by entering from Russia, without permission from Ukraine.

This last point highlights the difficulty of the present situation. Since Russia’s invasion and annexation of Crimea, press freedom has been sharply curtailed, together with all other rights and liberties in the occupied territory.  TV Dozhd may be obediently repeating Russia’s lie about the status of Crimea, but it has provided important coverage, for example, of the mounting arrests of Crimean Muslims on fabricated ‘terrorism’ charges.

Both the Committee to Protect Journalists and Freedom House issued statements on Jan 13.  Both inaccurately call the move a “ban”, with Freedom House’s statement suggesting that Ukraine has somehow also sought to ban online viewing which is entirely incorrect.  CPJ claims that “this ham-handed censorship will deprive Russian-speaking Ukrainian viewers of a counterpoint to Russian state-controlled media."

That, however, is the whole point.  On the subject of Crimea no counterpoint is provided, only the same Russian state point of view backed by visual images, namely a map showing Crimea as Russian.  This is no “alternative point of view”, it is an alternative reality installed by heavily armed Russian soldiers and paramilitaries in the Spring of 2014, which Russia has since propped up by crushing press freedom and by imprisoning peaceful opponents, including Ukrainian filmmaker Oleg Sentsov and many others.  Having given up one of the largest nuclear arsenals in Europe in exchange for guarantees of its territorial sovereignty, Ukraine could not protect itself militarily.  International NGOs might well consider whether the country’s attempt to protect its population from the aggressor’s distortion of that situation really constitutes censorship.