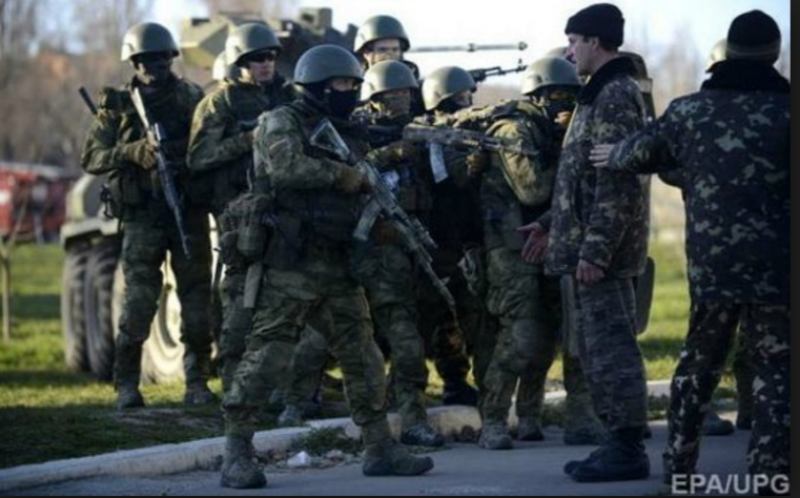 Russia is increasingly using citizenship as one of its weapons against dissent and civic activism in occupied Crimea.  It has claimed that imprisoned Crimean filmmaker Oleg Sentsov and civic activist Oleksandr Kolchenko ‘automatically’ became Russian citizens as its excuse for not returning the two Ukrainian political prisoners, yet uses lack of Russian citizenship in other cases to remove people from their homeland.  In all cases, and where it denies entry to Crimean Tatar leaders Mustafa Dzhemiliev and Refat Chubarov, Russia, as occupying state, is in grave breach of international law.

Its latest victim is a rights activist from Yevpatoria Konstantin Sizarev who is currently being held in a Krasnodar holding facility for ‘foreign nationals and stateless persons’ in Russia.  18-year-old Sizarev, who was born and has spent his entire life in Crimea, is supposed to be ‘deported’ to mainland Ukraine.

Sizarev was one of the founders of a Yevpatoria-based rights organization called JUSTICE back in the 1990s.  The organization provided legal aid to those he couldn’t afford lawyers, but also appears to have carried out investigative research into corruption among the local law enforcement bodies. The latter caused him difficulties even before Russia’s invasion and annexation of Crimea, and in 2013 the European Court of Human Rights agreed that Ukraine had violated his rights over a period of detention in a temporary holding unit in 2004.

Sizarev differs from other victims of ‘deportation’ in that he actually tried to get Russian citizenship and does not appear to have opposed Russia’s annexation.  He asserts that his attempts to organize Russian citizenship began in April 2014, and that he has even taken the authorities to court over the failure to provide it.  Appeal procedure over the refusal is still underway.

The Crimean Human Rights Group first reported the plans to ‘deport’ him back in December last year.  Sizarev, who says his family has lived in Yevpatoria since 1208, was supposed to have “infringed the time frame for being on Russian territory”. He was fined by a Yevpatoria District Court judge, Galina Lobanova, with the latter ordering his expulsion.

It is probably significant that the de facto prosecutor in Yevpatoria has also carried out a ‘check’ of the Justice Society, and decided to close it and bring administrative proceedings against its founders.  It is the local police who insisted that the activist should be expelled from Crimea.

Sizarev’s family is convinced that the real reason for the decision to expel Sizarev is his human rights activities.

This would not be the first time that Russia had simply ‘deported’ a person whose human rights activities were not to its liking.

Early on Jan 23, 2015, the three coordinators of the Crimean Tatar Rights Committee – Sinaver Kadyrov; Eksender Bariyev and Abmedzhyt Suleymanov – were stopped by Russian border guards at the Armyansk Crossing as they attempted to cross into mainland Ukraine.

All three were held for some time before being summoned one by one to FSB officers who drew up protocols in which it was claimed that as ‘foreign nationals’, they had infringed (Russia’s) rules for being in Crimea .  All had Ukrainian passports and Crimean registration [‘propiska’] but were treated as ‘foreign nationals’ .

The excuse used for deporting Kadyrov was that he had breached Russia’s requirement that a ‘foreign national’ should not stay longer than 90 days.  Crossing into mainland Ukraine is enough to fulfil this requirement, and Kadyrov had made the same journey in November.

As with Sizarev, it was clear that any excuse would do.

The reason in the case of another Crimean Tatar Nedim Khalilov is even more brutally cynical.  In February 2016, Khalilov filed a civil suit asking for the actions of the occupation regime and Russian President Vladimir Putin to be declared illegal.  The only consequences were to Khalilov himself who was seized on Nov 7, 2016, and forcibly taken to the same Krasnodar Detention Centre.  He was given no right of appeal.

Russia is planning to ‘deport’ him to Uzbekistan, although there is nothing to bind him to that country.  He was born there 57 years ago, as were other children of victims of the 1944 Deportation, but the family returned to Crimea as soon as that became possible.

Khalilov refused, on principle, to take on Ukrainian citizenship after the Soviet Union collapsed, insisting that he should have a Crimean Tatar passport.  Since Ukraine had back in 2002 required that all citizens change Soviet documents for Ukrainian, Khalilov is, legally speaking, a stateless person.  Russia has used this as a convenient pretext to remove a person who has criticized the current regime. It is also unclear whether he has been subjected, against his will, to force-feeding as the only reaction to his hunger strike in protest.

When he announced, in December, that he saw no choice but to go on hunger strike to the end, Khalilov said that he was risking his life to fight for his right to live in his homeland as a Crimean Tatar, and not be deported as though a foreign citizen.  “No foreign country recognizes me as its citizen, and I will not apply to become a citizen of any other state”. He asked, if he died, for his body to be returned to outside Kerch, where the graves of his father and brother lie.