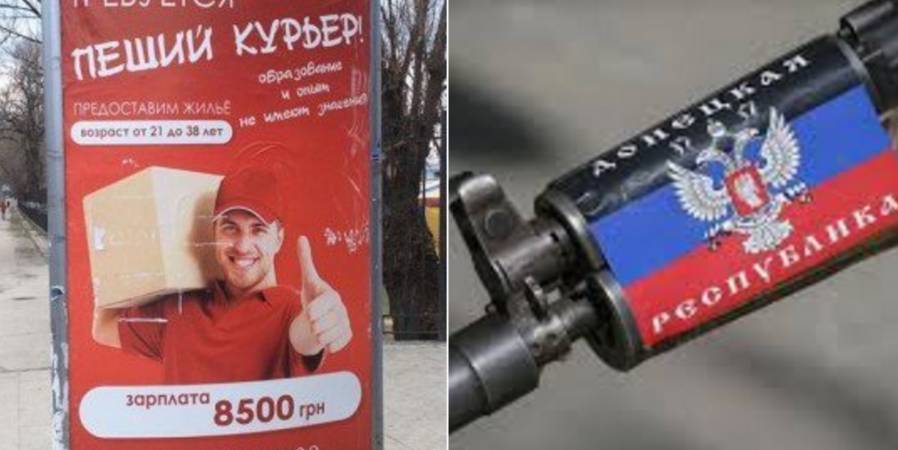 It is not only Maidan activists and known opponents of the Kremlin who should beware of visiting Russia.  It is increasingly clear that any Ukrainian could be at risk, including those gullible enough to believe promises of good wages in Russia.

Russia’s FSB and police announced on Feb 11 that 67 ‘drug traffickers’ had been arrested in the Moscow region, with 47 of them Ukrainians.  While it is quite possible that some Ukrainians are engaged in crime in Russia, the number of the arrests suggests that the 47 people are likely victims of a human trafficking scam with a particularly menacing link to Russia’s undeclared war against Ukraine.

Although the Ukrainian authorities have finally woken up to the danger and have even arrested individuals linked with one supposed employment agency, the advertisements were until recently easily found, even in the metro, offering a relatively good wage for work as, for example, ‘a courier’.   People in need of work are, unfortunately, often tempted by such ads, and do not realize the danger, neither when they see the ad, nor even when they phone and find out that the 'work' is in Russia.  They arrive in Moscow where their passports are taken away, are given a small amount of money and are usually sent to the South of Russia, purportedly, to deliver their first parcel.  According to Vitaly Moskalenko, Ukraine’s Consul General in Rostov on the Don, they’re normally seized immediately, as they leave the train, with drugs found in the package they were given to deliver.

The investigators then try to recruit the person, often to go as fighters to fight in Donbas or Syria, or to agree to collaborate with them.  They’re often treated badly and / or simply not given the possibility to refuse.

The Ukrainian consulate was informed of 100 such cases in 2015, with this increasing to 250 in 2016.  Even without the 47 new arrests, there had been news of 31 arrests just in January.  These are only the official figures, and Moskalenko notes that they often hear about people, who have not been included, through people’s families or other channels.

Moskalenko is convinced that all of this is done to do damage to Ukraine, to force people to work against their own country.  “It’s no secret that this is a totally planned action over a long period.  It all fits into the greater campaign which Russia’s security service is carrying out against Ukrainians, including by holding our political prisoners.”.

Rights Activist Maria Tomak points, for example, to the propaganda uses made of such arrests by the Russian media.  The prosecution tries to present the arrested Ukrainians as some kind of organized gang which is trained in Ukraine and sent to Russia to sell drugs.  The Russian police, parroted by the media, then present this as being Ukrainians bringing drugs to harm Russians.  This also serves as a method of deflecting attention from the Ukrainian political prisoners whom Russia is holding.  They, of course, are also subjected to defamation and grossly distorted reports on the same media.

It is certainly true, Tomak notes, that of the 2 thousand Ukrainians convicted of such crimes in Russia since 2014, some may have been engaged in crime.  Ukraine’s Foreign Ministry, however, believes that most are victims of human trafficking.  This kind of ‘recruitment’ is also seen on occupied Ukrainian territory – in Donbas or Crimea.

People who have been caught in such a trap can easily be blackmailed into fighting in Donbas or other services as their only hope of getting their passport back and being allowed to return to Ukraine.  They provide, Tomak says “a serious resource for the Russian security service”.

The whole scam is immensely cynical since Russia is not merely getting people to fight its dirty war in Donbas, but is also using human trafficking victims to pretend that the Kremlin-funded and armed war is fought by ‘locals’.