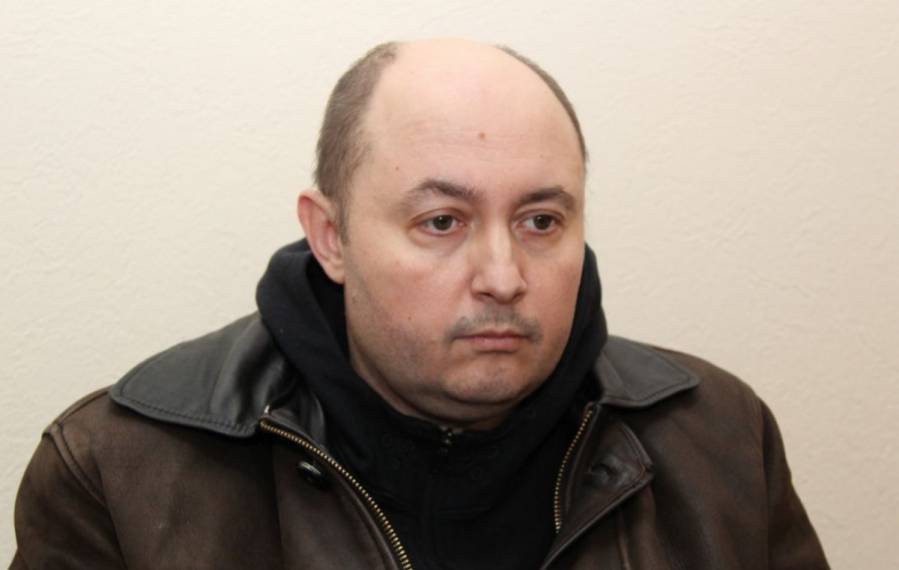 The so-called ‘DNR state security service’ claim that Valery Nedosekin, a college director at the Donetsk Academy of Motor Transport “gathered and passed to the Ukrainian Security Service information whose divulgence was aimed at causing harm to DNR security.” Nedosekin is at least the third person to be taken prisoner purely for material posted on Twitter or social media.  The fact that military equipment is mentioned does raise the question of whether the harm from its divulgence was not, in fact, to the Russian Federation, since most of the tanks, armoured vehicles, weapons and fighters are from there.

The official DNR site claims that Nedosekin was recruited by the SBU and passed them information about the movement of military equipment; the coordinates of important items of infrastructure; details about where military leaders live and the routes they use to move around. The information gathered was supposedly used by the Ukrainian SBU to plan sabotage and terrorist activities on militant-controlled territory.  They also claim that Nedosekin used his official position in the Academy to pass on information about militants studying there to the SBU, including for publication on the Myrotvorets website.  The latter is a rather controversial site which posts the personal data of people whom it considers to be ‘separatists’ or Kremlin agents working against Ukraine’s national security.

The reports all mention Twitter however, unlike other Ukrainians taken prisoner, it is not clear what the material was that he posted.

As always, there is nothing to suggest that Nedosekin has a lawyer of his own choice, nor any independent sources of information.

More recently, however, militants from the so-called ‘Luhansk people’s republic’ [LNR] have taken Ukrainian bloggers and activists prisoner, accusing them of ‘spying’ and / or ‘extremism’.   In all such cases, the Kremlin-backed militants parrot Russia’s FSB [security service] which has on many occasions arrested Ukrainians and claimed them to be ‘saboteurs’ with the only evidence being ‘confessions’ clearly extracted under duress.

In December 2016,  LNR militants posted a videoed confession from 53-year-old Luhansk blogger Hennady Bernitsky who was obviously distressed and had possibly been ill-treated. The ‘LNR ministry of state security’, as they call it, accused Benitsky of ‘circulating extremist material’ on Facebook, including instructions on how not to fall into the militants’ clutches.  They claimed that he “spread extremist material containing negative information dishonouring citizens of the Republic, and also publication of an offensive nature about civic organizations, state structures and LNR executive bodies, including the head of the Republic”.    Once again, copying Russia, the militants accused him of ’inciting enmity on national and social grounds’.