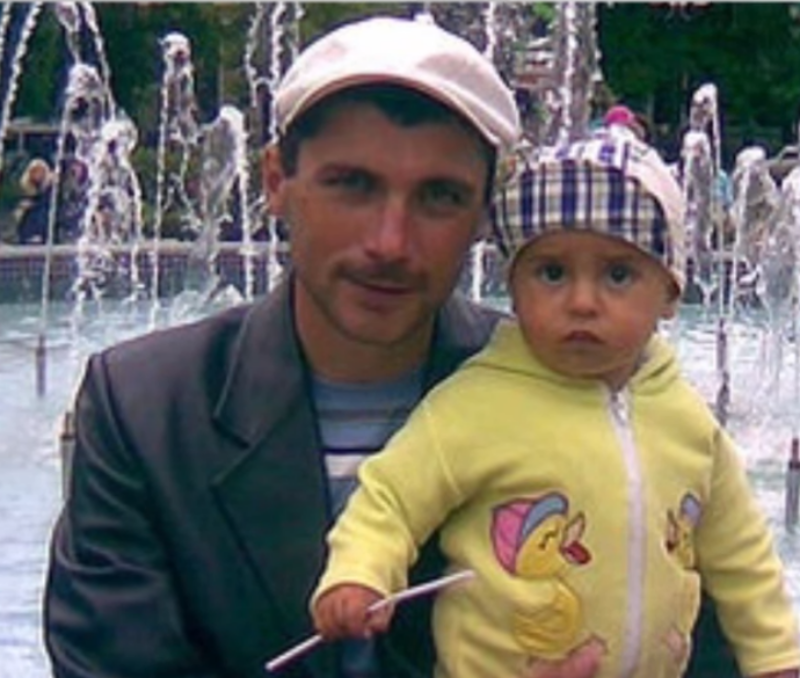 “Russian friend, if they order you to, will you shoot at me?”  This question was the last post 39-year-old Reshat Ametov made on Facebook, the day before his silent picket in protest at the Russian soldiers who had invaded his home.  The Crimean Tatar father of three was seized by so-called ‘self-defence’ paramilitaries from outside the Crimean Parliament in Simferopol on 3 March, 2014 and tortured to death.  Despite clear video footage of Ametov’s abductors and the car with state number plates, the de facto authorities claim that they can’t identify the culprits.

Zarina Ametova only learned later that her husband had tried during the previous evening to get friends and neighbours to come out in peaceful protest. He spoke with about 30 men who were guarding the village.  All were afraid and advised him not to go either, reminding him that he had small children.

Ametov obviously felt he could not do nothing.  He went alone to Lenin Square outside the parliament, carrying a Ukrainian flag.  He explained to journalists if they came up, but otherwise simply stood in silent protest.  He had arrived at around 8 a.m., and had been there around an half and a half when he was seized.  There is clear video footage of the men taking him away and of the car they drove.

His wife and friends began searching that very day, but it was only on March 15 that his body, beaten and mutilated, was found.  There were handcuffs nearby and Ametov’s head had been bound with tape.  The torturers had used something like a knife, and he died finally from brain damage after they gouged out his eyes.

Around two thousand people attended Reshat’s funeral.  He has since been declared People’s Hero of Ukraine and there are calls for the official ‘Hero of Ukraine’ status to be awarded posthumously.

Lerane Khaibullaeva, a close friend of the family, says that for her Reshat and his death are a symbol of action and of unification, and she calls on all Ukrainians and pro-Ukrainian forces in Crimea and in Ukraine to join together.

There was enough publicity abroad for the authorities to initiate an investigation, however Zarina Ametova believes that the occupation authorities have only ever pretended to be doing something.  How else can you explain why, when the abductors and their car are recorded on video, and even appeared for questioning. there has been absolutely no progress,?  At one stage, the ‘investigation’ was actually terminated, with the excuse being that “the suspected killer” was fighting in Donbas.  The excuse was pitiful since there were a number of abductors, and the investigation was formally reinstated.

The tactic has more recently been repeated against the parents of Ervin Ibragimov, the Crimean Tatar activist and member of the Crimean Tatar World Council, who was abducted close to his home on May 24, 2016.  Again the FSB even refused initially to accept the report of his disappearance and there is nothing to suggest that they have taken any measures to find Ervin.

The Ametovs’ elder daughter, Khatidzhe, was 3 when her father, whom she adored, was killed.  Lerane Khaibullaeva  says that she often took the children with her during those two weeks of fruitless searching.  Khatidzhe insisted on taking the big umbrella that her father always carried (the sun was shining on March 3).  Her little sister Usine was just a baby and doesn’t remember her father, unlike their brother Ali, who is 9 and desperately misses his father.

“What will we tell these children, our children, when they grow up?  What Crimea will we pass to them?

Reshat wanted his children to live in a FREE Crimea.”