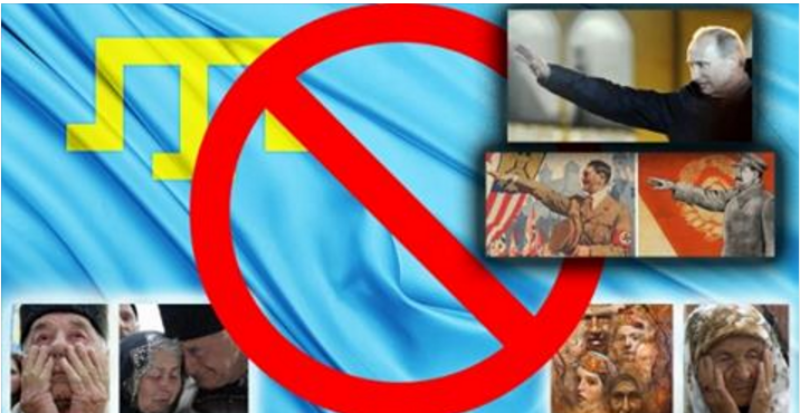 Russia’s ban on the Crimean Tatar Mejlis [representative assembly] has been formally challenged at the European Court of Human Rights, with the Mejlis represented by prominent Ukrainian and Russian human rights groups and the European Human Rights Advocacy Centre [EHRAC].

Russia’s ban as ‘extremist’ on the self-governing body of the main indigenous people of Crimea has been described as an act of war against the entire Crimean Tatar people and internationally condemned.  Mere expressions of indignation are, however, insufficient, when Mejlis leaders have been banished from their homeland, jailed or facing criminal charges for opposing annexation.  The Mejlis has therefore turned to the Court in Strasbourg, citing a number of rights which Russia’s ban violates.

The Mejlis and its leaders will be represented by the British-based European Human Rights Advocacy Centre (EHRAC), the Ukrainian Helsinki Human Rights Union (UHHRU) and the Russian Memorial Human Rights Centre.  All of them have considerable experience in successfully representing applicants before the European Court of Human Rights.

The Mejlis will be arguing that its designation as an extremist organisation and the suspension of its activities is a violation of the right to freedom of association, under Article 11 of the European Convention on Human Rights (ECHR); and that it has been banned – and its members persecuted – to punish them for their political position (in violation of Article 18). They also complain that the Russian Courts disregarded their status as a representative body of the indigenous people of Crimea, violating the prohibition of discrimination (Article 14). They further allege that they did not have access to a fair trial (Article 6 ECHR), and they could not have anticipated that their activities would be in violation of anti-extremist legislation (Article 7 ECHR).

Thus far the occupation regime has confined itself to administrative proceedings and fines over a Mejlis meeting, however prominent Crimean Tatar lawyer Emil Kurbedinov believes it is only a matter of time before a new offensive.

Russia has consistently tried to treat the Mejlis as a ‘civic organization’ which can be banned as ‘extremism’.  The ‘evidence’ provided at the court hearings was quite absurd, including even a document published by Mustafa Dzhemiliev back in Soviet times (1988) as well as the Mejlis’ founding documents from two decades before Russia’s annexation.  Their supposed ‘extremism’ lay in the aim declared as being the reinstatement of the Crimean Tatar people’s national and political rights as part of Ukraine.  The other material presented included the notification of criminal proceedings lodged against Mustafa Dzhemiliev for having tried to enter his homeland; and against Refat Chubarov, for “encroaching upon Russia’s territory”, that is, opposing Russia’s occupation of his native Crimea.  The legally nihilistic charges against Akhtem Chiygoz regarding a pre-annexation demonstration on Feb 26, 2014, over which Russia has no jurisdiction were also put forward.

The ban on the Mejlis has been cited by Ukraine as evidence of Russia’s breach of the International Convention on the Elimination of All Forms of Racial Discrimination in its suit to the International Court of Justice at the Hague.  During the preliminary hearings in early March, the Russian representatives essentially slandered the Mejlis, claiming, without any evidence, that the ‘organization’ had been involved in violence in 1992, and had continued ‘acts of violence’ in 2014.

This position is not shared by the international community In a recent resolution the European Parliament spoke of the Mejlis as “the legitimate representation of the Crimean Tatar community” and in a later Resolution on March 15, 2017, it condemned the ban.  There have been similar statements condemning the ban and calling for its cancellation from all international bodies and democratic countries.