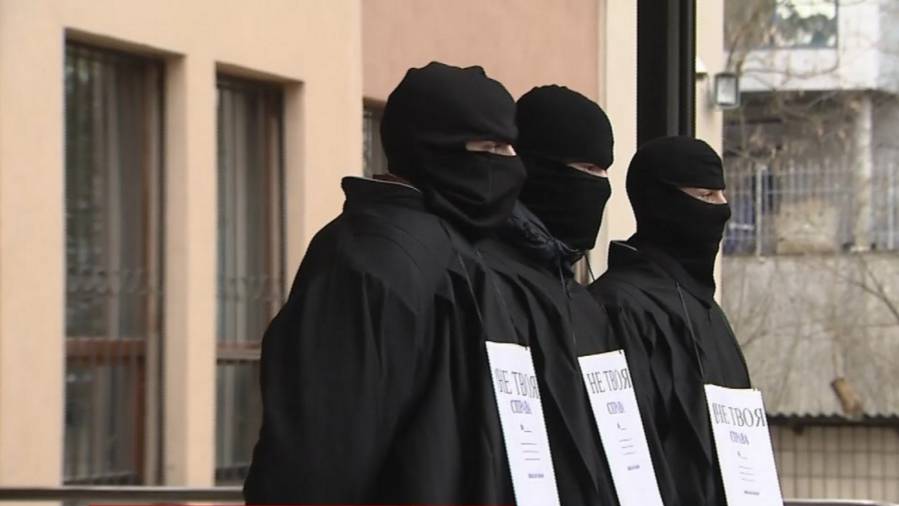 How can you believe in a transparent and fair competition for new Supreme Court judges when the goalposts shift in the middle of the game?  When the criteria for selecting only the strongest candidates have been fixed, yet 43 candidates who didn’t meet the criteria get slipped in?  These are only the latest hiccups to a competition which should be marking an important new stage in ensuring an independent judiciary in Ukraine.

As reported earlier, Ukraine’s Verkhovna Rada adopted legislation in 2016 to both strengthen the role of the Supreme Court and to ensure a renewal process of its judges through competition.  Applications were invited for the first 120 vacancies in November 2016.   There were problems with transparency from the outset.  The full profiles of all candidates were supposed to be posted almost immediately on the official website of the High Qualification Commission of Judges, but were not.  Since the civic organization CHESNO had not just sounded the alarm over this breach, but had also provided worrying details about some of the candidates, concerns mounted.

The chances for any such renewal have narrowed by the day.

Mykhailo Zhernakov, chief judicial reform expert for the Rehabilitation Package of Reforms [RPR] has given a worrying assessment of the latest scandal in an article entitled “Kivalov is leading in the competition for the Supreme Court”.  Serhiy Kivalov’s claims to notoriety range from his role in the rigging of the presidential elections in 2004 that resulted in the so-called Orange Revolution, in the judicial changes under Viktor Yanukovych that removed the last vestiges of judicial independence and in a highly contentious language law.  Kivalov, who remains an MP, is not himself a candidate, but Pavlo Vovk, a former aide is, and one of the members of the High Qualification Commission of Judges [the Commission], responsible for marking tests, is a close Kivalov associate.

On March 28, the Commission released the results of candidates’ practical tasks, this being the first test where some degree of subjective judgement is likely in selecting this or that candidate.  The next day, the same Commission suddenly announced that 43 candidates who had not reached the minimum score required were also being admitted to the next stage.

The Public Integrity Council, an overseeing body made up of representatives of NGOs, lawyers, scholars and journalists, immediately cried foul.  It demanded that the Commission publish the tasks themselves, the candidates’ work, and explanation of how they were evaluated, with each Commission member’s assessment given.  Such transparency was vital, especially given the doubts that could arouse about the sudden reinstatement of 43 candidates.  It asked also for the Commission to explain why the fact that these candidates had failed to obtain the minimum score which it had itself imposed had apparently been ignored.

Zhernakov has raised the same issues, and more.  He believes that the results of this latest stage in the competition suggest likely rigging during the assessment of the practical task, and warns that “if the situation is not rectified without delay, we can forget about any judicial reform”.

He asserts that the results of the first written test were more or less what he and others closely following the procedure had anticipated.  The opposite, however, was true of this latest test, with the greatest divergences coming with the assessment of candidates for the Cassation Administrative Court.  This, he stresses, is the last stage in resolving the most important disputes between the authorities and individuals.

Those who got through this stage, he says, are “functionaries of the administrative court system, known rather for their ability to carry out political instructions, than for the quality of their rulings”.

He points particularly to Pavlo Vovk, a former paid assistant to Kivalov, and now the President of the District Administrative Court in Kyiv, which was especially notorious during Euromaidan for its rulings banning peaceful protest.

Vovk has also attracted the attention of the Skhemy anti-corruption journalist program on several occasions.  In 2013, he took a private plane on a trip to Norway with the rental cost of such a plane exceeding his official annual income.  In his 2014 declaration, he declared a huge amount in ‘gifts’, the source of which he was unable to explain.

Zhernakov does not conceal his suspicions with respect to another result.  Leonid Yemets, the first deputy head of the parliamentary committee on legal policy and the justice system and a highly experienced lawyer received the smallest number of marks among the candidates.  The author notes that he has long been a political opponent of Kivalov and that the member of the Commission who checked his work – Yury Titov – is known for his close relations to the same Kivalov.  The author says that various sources suggest that Titov is the informal dominant force among the three members of the Commission responsible for assessing the works of candidates for administrative courts.

“It transpires that a close contact of Kivalov is in charge of marks in a competition where a Kivalov assistant is winning, and where Kivalov’s opponents are losing.”  Zhernakov says it looks as though members of the Commission are conspiring to push the ‘required’ candidates.  While this cannot be proven, it is clear that he is not alone in expressing concern.

This is the first stage in ensuring that judges in Ukraine no longer issue the rulings demanded of them by those in power, and are truly candidates worthy of safeguarding justice and rule of law.  Failure now would be disastrous.