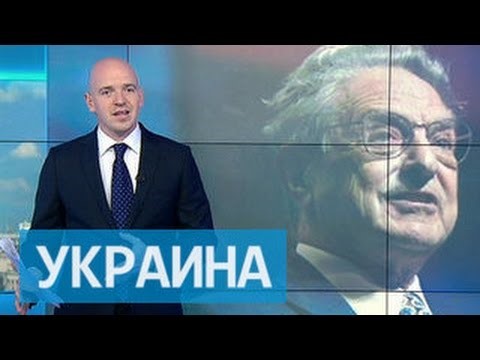 In Russia there’s nothing new about accusing George Soros of trying to overthrow the government. But recently other authoritarian leaders around the world have also decided that the 86-year-old billionaire is the cause of all their troubles. Social media users have eagerly latched onto this claim, and it is spreading like wildfire. Against a background of emboldened anti-Semitism, it helps that Soros is Jewish.

On January 17 Russia’s state-controlled RT reported, “‘Stop Operation Soros’ movement begins in Macedonia.” Macedonia also happens to be a country that was home to over 100 pro-Trump websites being run from a single town during last year’s U.S. election campaign. It is also where the Kremlin plotted to kill former Prime Minister Milo Djukanovic in an effort to stop the tiny Balkan state from joining NATO.

As RT wrote, “In a press conference on Tuesday, the founders of the [Stop Operation Soros] group called on all ‘free-minded citizens,’ regardless of ethnicity or religion, to join them in the ‘fight against one-mindedness in the civil sector, which is devised and led by George Soros... The movement says it will first focus on uncovering ‘subversive’ activities by Soros-funded NGOs. According to Nikola Srbov, a columnist for pro-government news portal Kurir and co-founder of SOS, Soros-funded NGOs have monopolized civil society in Macedonia and used their position to suppress dissenting views.”

The article continues: “Another co-founder, Cvetin Cilimanov, editor-in-chief of the state-run MIA news agency, accused Soros’s Open Society Foundations of undermining Macedonian sovereignty by working not only with the opposition center-left SDSM party, but also with outside interests. By cooperating with foreign embassies and organizations such as USAID, Cilimanov believes Soros-backed groups have interfered in the political process of Macedonia.”

RT adds that “Soros publically supported the violent overthrow of the legitimately-elected government in Ukraine during the ‘Euromaidan’ revolution. This has earned him the ire of Russian authorities, which in 2015 banned Soros and his foundations as a threat to national security.

In fact, Russia’s war on Soros, which is in large part responsible for fuelling the anti-Soros movements in other countries, is a real tragedy. As a teenager Soros escaped from Nazi-occupied Hungary. In the 1980s he supported dissidents in the Soviet Union and Eastern Europe, and after the fall of the Berlin Wall in 1989 and collapse of the Soviet Union in 1991 his Open Society Foundations gave grants to a multitude of NGOs to promote democracy and civil society in those regions and elsewhere in the world. It is absolutely true that civil society is a bulwark against authoritarianism. Without it we are all doomed to live in tyranny.

In Serbia, newly-elected President Aleksandar Vucic visited Russian President Vladimir Putin in Moscow shortly before the vote on April 2. Protesters who oppose Vucic have taken to the streets of Belgrade, and on April 5 the pro-Vucic tabloid Informer featured a picture of Soros on its front page, against a background of protesters setting something on fire, with the headline “Soros wants war in Serbia (Putin warned us).”

On January 13 the mayor of Ankara, Melih Gokcek, tweeted on his English language account, “As it is known, Soros is organizing revolts and public demonstrations all around the world.” Gokcek is a fervent supporter of Turkish President Recep Tayyip Erdogan, who has “purged” tens of thousands of people since the attempted coup against him last July, imprisoning thousands of them, including 140 or more journalists, more than any other country. Turkey is set to hold a referendum on April 16 on whether to increase the president’s powers and enable Erdogan to remain in office until 2029.

In Soros’s native Hungary Prime Minister Viktor Orban is rapidly turning the EU state into an autocracy. On April 4 the country’s parliament, where Orban has a commanding majority, approved a new law tightening regulations on foreign universities. Critics say that the law is primarily aimed at shutting down the Central European University (CEU), founded by Soros to train a new generation of democratic leaders. Hungarians have been protesting in support of the CEU, but their chances of success seem dim.

Supporters of Donald Trump have embraced the anti-Soros cause, again with prompting from Russia. DCLeaks, a website that was started in June 2016, has a section devoted to Soros, with hacked Open Society documents. It says, “Soros is named an architect and a sponsor of almost every revolution and coup around the world for the last 25 years. The USA is thought to be a vampire due to him and his puppets, not a lighthouse of freedom and democracy. His minions spill blood of millions and millions of people just to make him even more rich. Soros is an oligarch sponsoring the Democratic party, Hillary Clinton, hundreds of politicians all over the world.”

This paragraph does not sound as if it was written by an American. The creators of DCLeaks describe themselves as “American hacktivists”, but cybersecurity research firm ThreatConnect believes that the project shows the hallmarks of Russian intelligence. Western authorities are only just getting used to the concept of Russian hybrid war, and the lengths to which Russian authorities will go in all spheres to disrupt our political systems and entire worldview.

The right-wing website Breitbart, one of whose founders was Trump advisor Steve Bannon, is clearly an American project, but spouts the same line about Soros. On February 16 in an article titled “Soros groups behind massive anti-Trump tax day protest plot”, Breitbart’s Aaron Klein drew attention to the fact that many US NGOs participating in a planned protest on April 15 had received grants from the Open Society Foundations.

“Unreported by the news media is that most of the listed partners and support organizers of the march are openly financed by George Soros or have close links to Soros financing,” Klein wrote. So the organisations are openly financed by Soros, yet this is cause for outrage, apparently. NGOs receive grants from many foundations: it’s their means of existence. It is hardly surprising that they would receive grants from a foundation that supports civil society and democracy. This is like saying that Republicans receive donations from people who support the Republican Party.

Fox News isn’t shy about blaming Soros either. On April 3 it published an article from the Washington Free Beacon titled "Soros-tied networks, foundations joined forces to create Trump ’resistance’ fund." According to its author, Joe Schoffstall, "The Emergent Fund, which carries a goal of fighting ’immediate threats’ to ’immigrants, women, Muslim and Arab-American communities, black people, LGBTQ communities, and all people of color,’ was established late last year to quickly fund groups to take direct, immediate action against Republicans."

Trump supporters on social media frequently refer to Soros, although it is virtually impossible to tell whether a Trump supporter is an American or a paid Russian troll. On April 4 “Ex-Dem KellKell” tweeted: “Don’t forget, George Soros spent 2 million $ to help Sheriff Paul Penzone beat Sheriff Joe Arpaio. He’s a Soros stooge.” On April 5 “Polly Tickal”, who describes herself as an “independent dreaming of a Clinton-free America” tweeted, “It’s not entirely inappropriate a corporation like Pepsi co-opting ‘The Resistance’ protests, which are sponsored by Soros & co anyway.”

Russian media itself never tires of the Soros theme. On February 17 state-controlled RIA Novosti published an article titled “How George Soros is trying to change the world” by Igor Pshenichnikov, described as an advisor to the director of the Russian Institute for Strategic Research. It starts out: “Almost 15,000 Americans have already signed a petition to U.S. President Donald Trump demanding to remove George Soros’s citizenship and ban him from entering the country.”

The accusations against Soros made in the Change.org petition concern not only the United States, but the whole world, Pshenichnikov says. “Soros set out his view on the world and its future in his book ‘The Age of Fallibility’,” he writes. “Soros’s main aim is to create a world without borders, where everyone would be equal and free, where the interests of all minorities, above all sexual minorities, are not only reinforced in law, but would predominate over the interests of the majority.”

Pshenichnikov then goes on to quote from DCLeaks. Soros was behind the Occupy Wall Street protests of 2011, he claims. He quotes an obscure website called “The New American” saying that Soros was one of the main financiers of the Euromaidan revolution of 2013-2014 in Ukraine, and a Bulgarian website called BLITZ saying that Soros helped to organise “provocative protests with the aim of destabilising the situation in Bulgaria.”

In conclusion Pshenichnikov notes that many organisations participating in the January 21 women’s marches against Trump were financed by Soros, saying, “One of the main slogans of the feminists was a demand for women to have the right to abortions, although no one has taken this right away from Americans women. By the way, Hillary Clinton also spoke out for freedom of abortions in connection with the freedom of the LGBT community.”

The Soros obsession is gripping the world and shows no sign of going away. Democratic movements are not winning many of their battles against dictators and would-be dictators. These leaders, many of whom have been in power for too long, need people to believe that the enemy is someone else. Above all, Putin needs this myth. It can only be hoped that Putin will be gone before Soros. The world needs George Soros far more.