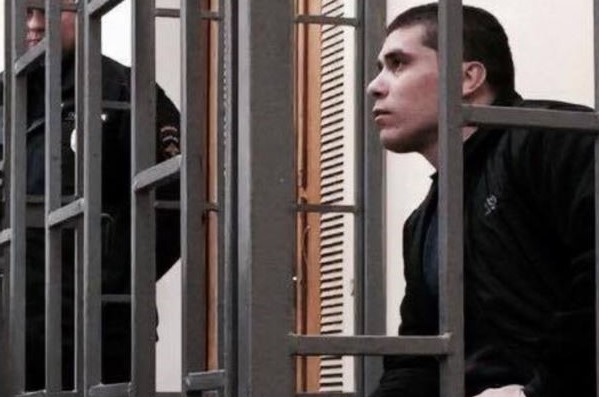 Nine months have passed since Russia tried vainly to convince the international community that Ukraine’s military had mounted armed ‘incursions’ on Russian-occupied Ukrainian Crimea.  At least four Ukrainians remain in custody, and Crimean Tatar Ridvan Suleymanov, is even on trial, although the one charge against him is vastly removed from the accusations of involvement in what Russia claimed was ‘Ukrainian State terrorism”.

On August 10, 2016, the FSB claimed that it had foiled terrorist acts planned by the Ukrainian Defence Ministry’s military intelligence.  It asserted that there had been major incidents, with shelling from mainland Ukraine, during the nights from 6-7 and 7-8 August, with 2 Russians – an FSB officer and a soldier – killed.

There are independent reports about something taking place in the early hours of Aug 7, though they suggest rather that an FSB officer died in a drunken brawl between Russian border guards and Russian FSB officers.  There is nothing at all to back the claims about the second night and supposed shelling from Ukraine.  The hysteria from Moscow and the Russian media were difficult to take seriously for another reason. The alleged incidents had been preceded by Russian moves to block access to independent Internet websites and coincided with Russia’s deployment in occupied Crimea of a huge amount of military technology.

Then on August 12, a young Crimean Tatar Ridvan Suleymanov was shown on Russian TV ‘confessing’ to having been recruited by Ukraine’s military.  On the video,  Suleymanov asserts that he was recruited by Ukrainian military intelligence in 2015 and given the pseudonym ‘Joseph’.  He was ordered to gather information, and told to find himself a job at the airport or railway station to report on the movement of military technology.

The video is clearly a cut and paste job which may explain the degree to which it contradicts itself.  Suleymanov finally recounts how on July 30, 2016, he went to Simferopol Airport where he phoned the Defence Ministry contact and told him that he’d planted the item successfully.  The contact told him to wait, and then create a “conference link” with the police. At this point, he says, he heard something that shocked him “that I’m Akhmet Karimov, and that today my brothers and I are moving from a small to a big Jihad, and that at 12.00 on the dot, we will blow up the airport, then other places.

He was detained, he says, while photographing what happened in the airport after this call.  As, indeed, was to be expected.  The whole story, recited by a man who had spent the last two weeks totally under FSB control, was given with suspicious lack of normal hesitation, while remaining totally implausible.  Crimean Tatars have been particularly targeted since Russia’s annexation of Crimea, and Suleymanov would not have been a logical recruit candidate for recruitment  Unless, of course, they wanted him to be caught which makes even less sense.

On the other hand, Suleymanov’s ‘confession’ coincided with an ominous claim from an official in the occupation government that Ukraine was planning “new sabotage” under the guise of acts of resistance by Crimean Tatars.

FSB plots involving Ukrainian prisoners all rely heavily on three things: confessions extracted out of people held without proper lawyers, and massive pressure on the defendants later to block access to the Ukrainian consul and, most importantly, to genuine lawyers.  Even when these fail,  and the accused men are properly represented and retract confessions tortured out of them, the FSB can rely on Russian or Russian-controlled courts to provide the rulings demanded.

Despite the FSB’s original assertions, and headlines in the Russian media like ‘Ukrainian saboteur planned to blow up an airport in Crimea’, Suleymanov is charged only with making a false bomb threat.

At the hearing on April 12, airport staff and police officers were questioned.  It transpired, that there are no documents to confirm the alleged expense to the airport, and the security staff stated that nobody had received any extra payment.

Most importantly, there was no bomb.  Nor is there any attempt to charge Suleymanov over the supposed plans, initiating from the Ukrainian Defence Ministry, to carry out terrorist attacks throughout Crimea.

That speaks volumes about this so-called ‘Crimean saboteur case’.