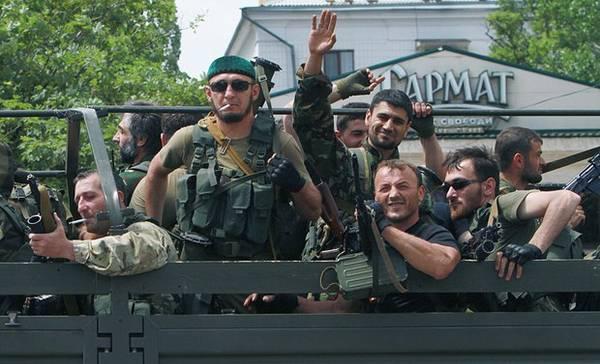 Russia’s Investigative Committee has initiated a criminal investigation into what it claims was Ukraine’s ‘abduction’ of Russian ‘volunteers’.  Ukraine’s position in trying the men for involvement in terrorism is shared by the United Kingdom which is currently prosecuting a Briton on terrorism charges for his believed role in the fighting in Donbas. He also claims he was a ‘volunteer’.

Russia’s Investigative Committee has been initiating criminal investigations against Ukrainian politicians, military personnel and others since early in 2014, and such criminal cases seem largely pitched at a local audience.  The report on April 17 gives no names, so could not in any case be verified.  It accuses Ukraine’s security service [SBU] of “abducting Russian citizens” from 2014 to 2015 in order to bring “unwarranted criminal proceedings” against them.

The first such ‘abduction’ was in December 2014 at a checkpoint near Krasny Partisan in the Donetsk oblast.  The report claims that the 36-year-old Russian citizen was not involved in the conflict, but “came to the Donetsk oblast to help reinstate production in the Donetsk people’s republic”.  He was allegedly held in various places before being charged under Article 258-3 of Ukraine’s Criminal Code of involvement in a terrorist organization (which is how Ukraine views the so-called ‘Donetsk people’s republic’).

Russia claims that the “victim” was illegally convicted and only released after two years.

The report also asserts that in April 2015, armed men abducted volunteers from the Russian Fund for Refugees, Compatriots and the Russian-Speaking Population “WE DON’T ABANDON OUR OWN”.  They were, according to the Investigative Committee bringing ‘humanitarian aid’.  They were held by the SBU and later exchanged for Ukrainian soldiers.  It is noticeable that, whereas Ukraine is accused of “abducting” Russians in Ukraine, the Kremlin-backed ‘republics’ are said to have “detained” Ukrainian soldiers.

A year ago, Konstantin Dolgov from Russia’s Foreign Ministry claimed that, according to their information, hundreds of Russian citizens could be facing charges in Ukraine “on political charges in connection with the armed conflict in Donbas”.

There are also a very large number of Russians who have returned home and openly talk about fighting in Donbas.  While most understand that they should say that they were ‘volunteers’ and not mercenaries, they do not deny their role in the military conflict.  Neo-Nazi sadist Alexei Milchakov is also on record for having admitted that he and those with him had been paid.

The United Kingdom is one of three countries thus far who have demonstrated an entirely different attitude to men willing to fight for the Kremlin-backed militants in Donbas.

This 26-year-old Latvian citizen faces a sentence of up to 10 years’ imprisonment if convicted by a Latvian court. .

He also claims to have been in Donbas on a ‘humanitarian mission’.  A mission during which he received a serious head injury (more information here)

It should be stressed that in Russia only men known to have supported Ukraine’s Euromaidan or fought in a Ukrainian battalion have faced any negative consequences in Russia.  People like former Russian military intelligence officer Igor Girkin has even been heard on Russian television or radio effectively admitting to war crimes in Donbas.  Attempts to get an investigation carried out into his assertions have been ignored.