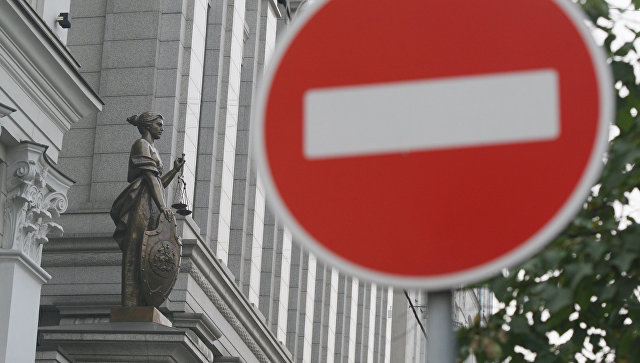 Russia’s Supreme Court has ignored the country’s Constitution and the decades of religious persecution under Soviet rule and banned the Jehovah’s Witnesses, labelling them ‘extremist’.  It has thus placed around 175 thousand believers in the Russian Federation in danger of criminal prosecution for their faith.   Jehovah's Witnesses were persecuted earlier both in the USSR and by Nazi Germany.

The ruling was passed on April 20 by judge Yury Ivanenko, following an application lodged by Russia’s justice ministry.  The ministry had formally asked the court on March 15 to order the dissolution of the Jehovah’s Witnesses Administrative Centre and 395 regional branches.  Their activities were suspended pending the Court ruling.

The ruling can, and surely will, be appealed, however the ban remains in place and punitive measures could already be applied for so-called ‘involvement in an extremist organization’.  The ruling means that Jehovah’s Witnesses are now unable to meet or distribute their literature legally.

The justice ministry had claimed that the application was due to infringements of Russia’s law ‘on countering extremist activities’. Since 2009, 95 Jehovah’s Witness texts had been declared ‘extremist’, and 8 regional branches had been forcibly dissolved.  It accused the JW Centre of importing publications on the list of prohibited materials and not taking sufficient measures to prevent what it called ‘manifestations of extremism’ in several branches.

The persecution of local branches and questionable banning of individual texts were thus given as grounds for banning the Jehovah’s Witnesses altogether, despite European Court of Human Rights judgements which had defended Russian Jehovah’s Witnesses from precisely this form of repression..

The justice ministry representative asserted that continuation of the Centre’s activities would place observance of citizens’ rights and legitimate interests in danger, as well as law and order.  It was claimed that the material “sowed enmity between representatives of different faiths, promoted the idea of one teaching’s faith over others, and also discriminated on the basis of a person’s attitude to religion.

It is not clear how – or more likely, if - these claims were substantiated.  There was one other argument, namely the Jehovah’s Witnesses’ refusal to allow blood transfusions.  This has resulted in one court prosecution in Siberia, with the leader of a regional branch charged both with the ban, which nearly resulted in the death of a member of the community and ‘extremism’.

Such bans are certainly contentious and there have been cases in other countries where the courts have forced parents to allow such transfusions of underage children.  Contentious or not, they cannot justify the criminalization of religious faiths and 175 thousand believers.

RAPSI reports that the ruling was extremely harsh, covering as it does, all Jehovah’s Witnesses’ Centre and branches.  The ruling also orders that the property of these dissolved legal entities be seized by the State – another ominous echo from Soviet days.

Six lawyers represented the Jehovah’s Witnesses and challenged in detail each of the justice ministry claims.  They demonstrated, for example, that the ministry was unable to provide any specific confirmation that the supposed extremist activities of local branches had been carried out using funding from the Administrative Centre.

They also pointed to numerous examples of law enforcement officers having falsified cases, planted material from the list of prohibited materials, etc.  These were, in fact, recorded, as this video demonstrates.

There were many other arguments also, which will doubtless be repeated in further European Court of Human Rights judgements which can be expected to find Russia in violation of the European Convention.

As reported earlier, the Supreme Court began formal hearings into the application for a ban on April 5.  It immediately rejected a counter-suit lodged by  the Administrative Centre asking that the actions of the ministry be declared political repression and that representatives of local communities be called to testify to such persecution.   It claimed essentially that this was not within its jurisdiction.

The authoritative Sova Centre stated  immediately that there were no legitimate grounds for any such ban, and called the move a clear demonstration of religious discrimination.

Veteran human rights defender Ludmila Alexeeva called the planned ban not only against Russia’s Constitution, but a downright crime.  They are trying to make hundreds of thousands of Russian citizens ‘extremists’, with this ‘extremism’ supposedly expressed in the fact that they regard their religious faith as the one true path.  Which religion does not?

This ruling is a grave step backwards for Russia.  As the centenary approaches of the Russian Revolution which systematically persecuted believers of all faiths, it is galling that the ban is at very least tacitly supported, if not lobbied, by the Russian Orthodox Church.