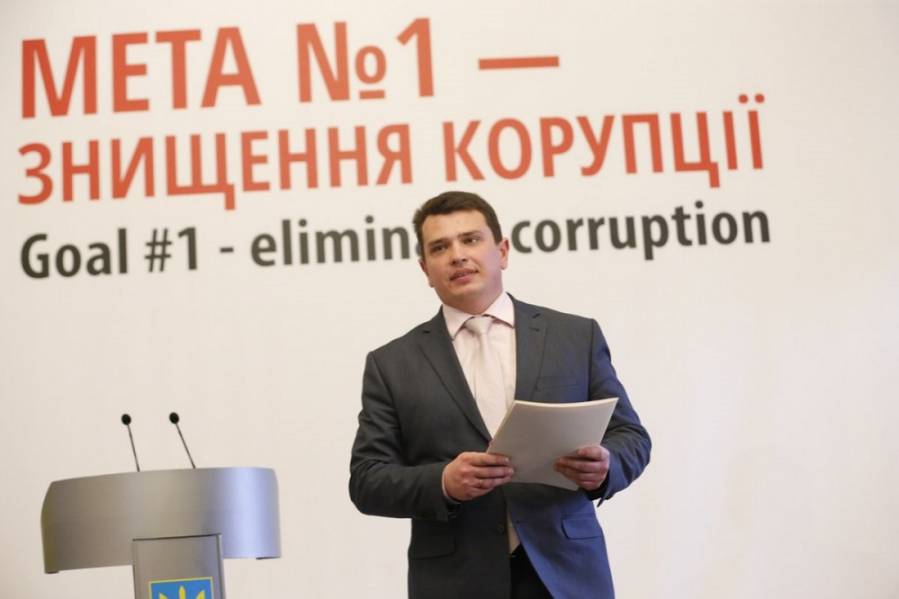 A parliamentary bill that could have killed crucial investigative work by Ukraine’s National Anti-Corruption Bureau has been sent for reworking a day before a scheduled second reading.  The danger to Ukraine’s efforts to fight corruption has been deferred, but not eradicated.

Draft bill No. 6220 would make amendments to the Criminal Procedure Code preventing criminal proceedings being initiated by NABU if analogous proceedings had been terminated by any other law enforcement body.  As MP Mustafa Nayyem pointed out, that would mean that if an official had managed to come to some (illicit) arrangement with another enforcement body to avoid prosecution, NABU would have been unable to even begin their own investigation.  Most incredibly NABU would be prevented from even re-starting criminal investigations that had been unwarrantedly terminated during the presidency of Viktor Yanukovych.

NABU Director Artem Sytnyk addressed the parliamentary committee on law enforcement legislation on May 17 and told them that the draft law posed serious risks.  If passed, he said, you would see criminal proceedings, whether against the fiscal service or specific MPs terminated within 5 or 10 days.  If a case had already reached the court, the defence would simply argue that it had been terminated by another law enforcement body and it would be thrown out.

Sytnyk pointed out that all law enforcement bodies, except the Security Service [SBU] had spoken out against the bill.   Both NABU and civic organizations, like the Rehabilitation Package for Reform platform, had warned earlier that the law would enable the Prosecutor General’s Office and SBU to take control of NABU and seriously jeopardize its independence.

Andriy Kozhemyakin, head of the committee, confirmed that he had received a letter from G7 ambassadors criticizing the legislative initiative, and warning that it could undermine the fight against corruption in Ukraine. There had been a similar warning from the International Monetary Fund, with the letter clearly indicating that the new bill goes against previous commitments given by Ukraine on fighting corruption.  The same letter reminds the government that NABU is to be given powers to carry out wiretapping independently.

There is still no guarantee that the bill will not receive only a cosmetic ‘reworking’ and still contain the same flaws when reintroduced.  The fallout for Ukraine would be enormous if that happened, since the bill is a flagrant attack on the independence of the one body with a real chance of carrying out proper investigations into corrupt dealings by Ukrainian officials.

Ukraine’s parliament recently passed another bill, requiring civic activists and journalists investigating corruption to themselves fill out electronic declarations.  This received enormous criticism from civic groups in Ukraine and from international NGOs and other countries, including those most supporting anti-corruption measures.  It was very widely criticised as a move aimed at countering the fight against corruption.  Another such law is certainly not needed.