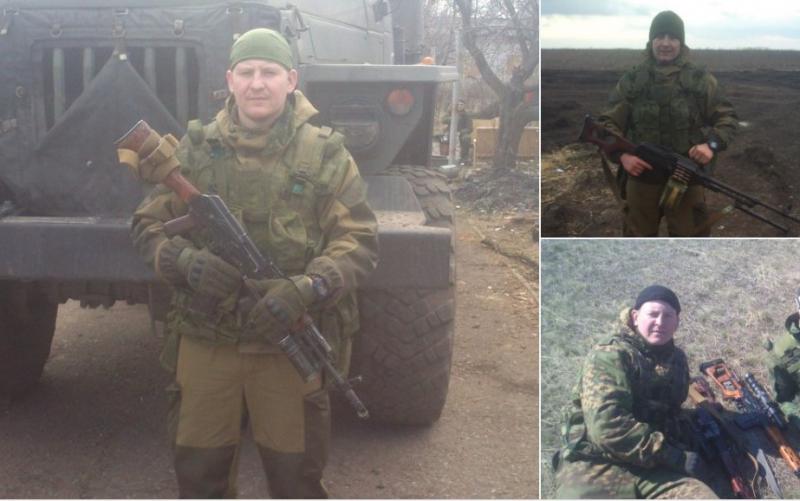 While official Russian and Kremlin-backed militant sources present conflicting stories about the Russian contract soldier captured in the Luhansk oblast, Viktor Ageyev’s mother has stubbornly repeated what Moscow has tried to dismiss as “fabrication by Ukrainian propagandists”.  She wants to know where her son is and since the Russian military are refusing to give any information, she has turned for help to the opposition Yabloko Party.

Novaya Gazeta has published Svetlana Ageyeva’s letter to the Altai branch of Yabloko and a letter to the Russian Defence Minister Sergei Shoigu from a prominent Yabloko politician.

She asks for assistance “in freeing my son Viktor Alexandrovich Ageyev, born 1995, who left on March 18 to serve on contract in Bataisk in one of the units in the Rostov oblast. He phoned from there several times, once a week.  The last call was on May 30 from number <>.  He said nothing about any plans to terminate his contract.

He was pleased with his new work and sent the order issuing him with a new military rank of lance-corporal, Order № 866 issued on 4.05.2017.”

She learned that he had been captured from the BBC Russian Service and has since sought information from the local and regional military recruitment offices, but to no avail. She asks for help in contacting him by telephone and in securing his release.

Boris Vishnevsky, a well-known St. Petersburg politician and Yabloko leader explains in his letter to the Defence Minister that a local human rights activist and party member first saw the information about Ageyev, who is from the same village, and got in touch with his mother.  Vishnevsky demands a check of the information and an explanation, if it proves to be true, of how a Russian contract soldier came to be captured on the territory of another country.

The position taken by Russia’s Defence Ministry – denial that Ageyev is or has ever been a contract soldier - was to be expected.  If InformNapalm is correct, and it was not Ageyev who chose to write on VKontakte under the pseudonym Vitaly Popov, but the Russian FSB who changed the name, then they are making considerable efforts to hide incriminating evidence.

It is clear from the development of a ‘story’ to explain the capture that the efforts were coordinated with the LPR militants and were focused on explaining and obscuring the fact that Russians were involved.

On June 26, the LPR’s main website posted a report that the ‘People’s militia ask human rights activists to help them free soldiers seized by the Ukrainian Armed Forces’.  These are supposedly ‘soldiers of the republic’ whose release  international human rights organizations should help to secure.

LPR militant Andrei Marochko claims that the group was attacked, and that two ‘solders’ were killed in bestial fashion after being subjected to torture. Four others were ‘abducted’, and there then follows an elaborate story about how these ‘abducted’ prisoners, who include Russian national Ageyev, are being put under immense pressure via their relatives to go to Kyiv and say that the men captured are Russian soldiers.

Marochko asserts that they had tried to regulate the situation without publicity and organize an exchange, but that Ukraine had, at the last minute, rejected this.

The allegations were promptly and uncritically repeated on TV Zvezda, a Russian channel connected with the Defence Ministry.

Moscow can rely upon the government-controlled media to ensure that their audience hear only ‘correct’ versions.  The problem was that here there were now two stories that largely contradicted each other.

TV Rossiya 24, for example, reported the Defence Ministry’s denial that Ageyev had become a contract soldier after he finished military service which he could have only done as a Russian citizen.  It then goes on to repeat militant Vladyslav Deynego’s claim that “the Ukrainian Security Service are putting terrible pressure on Ageyev’s relatives in Luhansk” to come to Kyiv and say on camera that the captured man is Russian.

Why would the SBU bother if Russia’s Defence Ministry has already confirmed that the 22-year-old is their citizen?

TV Zvezda  not only read out its denial in full, but even posted it on the screen for visual backup.  It too mentions the militants’ claim that the “abducted soldiers” (i.e. Ageyev and three others) are “LPR citizens”.

After posting the appeals from Ageyev’s mother and Vishnevsky, Novaya speaks of what it sees as discrepancies in the Ukrainian story as well and seems to give credence to its ‘sources’’ version about two men being tortured by Ukrainian soldiers before being killed.

There are some unexplained details – about how the allegedly Russian leader of the sabotage and reconnaissance unit was identified and why Ageyev has not himself been seen.  It is still difficult to understand why the version put forward by the LPR militants themselves is given credence when there are so many contradictions.

Proof that the two men, including Alexander Shcherba, whom the Ukrainian Military say was Russia, were tortured before being killed would be of immense concern.  The allegations, however, come from the militants and cannot be independently verified.  The forensic examination reported with graphic images, which may or may not be linked to the confrontation, mentions a number of other injuries, which might suggest torture, but also multiple bullet wounds which would surely be more typical of the reported shootout.

Where and how the confrontation took place does not affect the key question of why a Russian contract soldier was involved in it.  That is what Russia cannot answer.

Yury Hrymchak, the Deputy Minister for issues involving occupied territory, has already said that Ageyev could form part of an exchange for Ukrainian political prisoners held in Russia.  As reported, this was what happened with the two military intelligence officers captured after killing a Ukrainian soldier in the Luhansk oblast two years ago.  They were eventually exchanged for Nadiya Savchenko.

Russia had betrayed Yevgeny Yerofeyev and Alexander Alexandrov, just as it is betraying Ageyev, by denying any responsibility for their presence in Donbas.  Like them, Ageyev has taken part in Russia’s undeclared warfare on Ukrainian territory and knows too much for Moscow to risk not getting him safely back in Russia where there would be ample ways of making sure he doesn’t talk.