Russia’s last Yukos Victim Aleksei Pichugin has spent 14 Years Behind Bars without a Fair TrialAleksei Pichugin - likely “victim to the unrelenting campaign against all those related to Yukos"Vasily Aleksanyan dies aged 39Cruel torment of the former Vice-President of YUKOS, Vasily Aleksanian may be overFormer YUKOS Vice-President Aleksanian may be released on bailPunishment without trial to continue for gravely ill former YUKOS Vice President Vasily AleksanianHuman rights defenders declare figures in YUKOS case victims of political repression
• Topics / News from the CIS countries 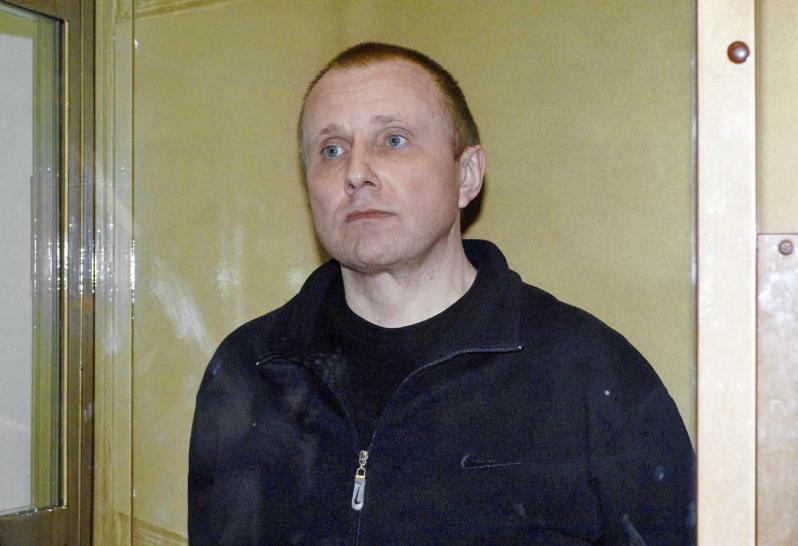 19 June 2017 marks fourteen years that the unlawfully convicted Aleksei Pichugin has been behind bars. He has been recognised by the Memorial Human Rights Centre (Moscow) as a political prisoner.

For 14 years Aleksei Pichugin has been behind bars without a fair court decision, eight of which have been spent in the strictest conditions at the Black Dolphin prison colony. In my opinion this is comparable to sentences from the Stalin era.

The political prisoner was twice convicted in violation of the right to a fair trial enshrined in Article 6 of the European Convention for the Protection of Human Rights and Fundamental Freedoms.

This means that the sentence handed down on 6 August 2007 by Moscow City Court judge Petr Shtunder (as well as that of Judge Natalia Olikhver on 30 March 2005), about which HRO.org has already written, should be quashed.

This is the point of the ruling, and not the monetary compensation of 15,000 euros which was reported on by an overwhelming majority of the media, while they failed to mention what was most important. Why half-truths have been spread in the media is another issue. After all, the violations that have been revealed are so all-encompassing and blatant that in my opinion not to talk about them would be not to talk about the ECtHR ruling.

So what exactly did the Strasbourg court establish in the Pichugin case?

In the first place, the decision of the ECtHR, which has been translated into Russian, talks about the violation of the principle of the presumption of innocence. This is one of the fundamental principles of criminal justice. No one can be considered guilty until their guilt is proven by due legal process and established by a court verdict that has entered into force.

According to the facts set out in the judgment of the ECtHR, on 5 June 2005 – that is, literally the day after charges were formally laid against Pichugin in his second prosecution – pronouncements of his guilt were broadcast on federal TV channels.

These statements came from Vladimir Kolesnikov, then Deputy Prosecutor General of the Russian Federation, and Yury Burtovoi, leader of the investigative group in Pichugin’s case.

At that stage, before the trial proper at Moscow City Court had yet started, Aleksei planned to request that his case be heard by jury. But because of the nature of the TV broadcasts, he was forced to give up his right to a jury trial. After all, jurymen and women also watch TV and they can see declarations made by prosecutors that are broadcast. As a result, before the trial was held, public opinion was already being persuaded that Pichugin was guilty.

Pichugin also sought to appeal against the actions of his accusers in Moscow’s Tver and Basmanny district courts.

But Tver district court ruled that the information announced had been established by the investigation and confirmed by the materials of the criminal case, while the Deputy Prosecutor General had legal grounds for his actions and had not violated the rights of the applicant.

Basmanny court also dismissed Pichugin’s application on the grounds that the statement by Burtovoi was his personal opinion.

Secondly, the European Court of Human Rights ruled that the refusal by Moscow City Court to take into account the opinion of graphologist Volodina was unlawful. At issue was the authorship of a note which contained the Vienna address of Еvgeny Rybin, a victim in the case and manager of the Austrian company East Petroleum Handels. The prosecution alleged that this note was written by Aleksei Pichugin and gave instructions to those who carried out the crime.

Yet Volodin considered that the examples of Pichugin’s handwriting provided for comparative analysis were insufficient to draw any conclusion of the kind. During the 2007 trial Aleksei Pichugin had requested that a new evaluation be conducted, but the chair of the panel of judges, Petr Shtunder, refused his request, saying there was no need for additional analysis.

The judgment in the case of Pichugin v Russia handed down by the European Court of Human Rights in Strasbourg is final and cannot be appealed. On the day of its publication, 6 June, the Ministry of Justice of Russia hurriedly issued a statement that the ruling of the Strasbourg Court does not automatically quash Pichugin’s conviction.

That is certainly the case. The European Court never interferes in national judicial proceedings, does not consider criminal cases on their merits, neither hands down judgments nor quashes them. It merely pronounces on violations of the European Convention on Human Rights, which Russia is obliged to observe.

In cases when a violation of Article 6 of the European Convention on Human Rights is found, new legal proceedings are necessary. According to Articles 413 and 415 of the Russian Code of Criminal Procedure, when violations of fair trial have been found, a person has the right to a review of their case on the grounds of new circumstances.

Now the lawyers of Aleksei Pichugin can made the appropriate request to Vyacheslav Lededev. Moreover, according to the law, this is not even required. The chair of the Supreme Court of the Russian Federation is bound to initiate legal proceedings on the basis of new circumstances.

Meanwhile, Russia has yet to quash Pichugin’s first conviction, although the European Court of Human Rights indicated the necessity of doing this in its judgment back in 2012.

How will the Supreme Court react on this occasion?