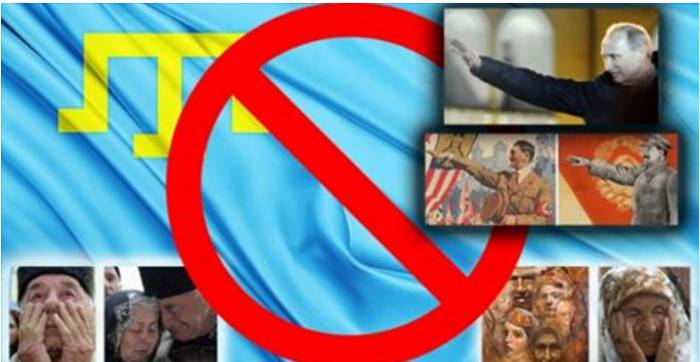 Representatives of the Crimean Tatar Mejlis have lodged a formal application with the High Court in Russian-occupied Crimea asking for a review of Russia’s ban of this self-governing body of the main indigenous people of Crimea.  The grounds could not be more compelling, since the new circumstances cited are the decision by the UN’s International Court of Justice demanding that Russia stop discriminatory measures against Crimean Tatars, and in particular, the ban on the Mejlis.

Several individual applications were lodged a week after the de facto prosecutor in Crimea informed the First Deputy Head of the Mejlis, Nariman Dzhelyal that it was seeking ‘clarification’ about the ban following the ICJ’s decision.

Dzhelyal rightly noted that instead of simply complying with this international court whose rulings Russia has committed itself to obey, the prosecutor had taken three months to merely ask the High Court in occupied Crimea for guidance.

The applications from Mejlis members, and that lodged by Russian lawyer Nikolai Polozov on July 18 will force Russia to decide whether it wishes to openly defy the UN Court of Justice, or to back down.

Since the hearings at the Hague could go on for a long time, Ukraine also asked for provisional measures to be imposed to avoid irreparable damage.  The Court, which decided not to consider the downing by a Russian BUK missile of Malaysian Airliner MH17 (which is under investigation now), refused to provide such measures in the case of the financing of terrorism charges.

It did, however, agree on the evidence of discrimination of minorities in Russian-occupied Crimea and the urgent need for measures now.  By a majority of 13 votes to 3, it ordered Russia to “refrain from maintaining or imposing limitations on the ability of the Crimean Tatar community to conserve its representative institutions, including the Mejlis”.  The order to “ensure the availability of education in the Ukrainian language” was passed unanimously.

The UN Court does not have its own mechanisms to force compliance with its rulings.  Russia did  promise to abide by the Court’s decision, though it has made aggressive comments since and done nothing.  Polozov is in no doubt that since the UN Court has found Russia in violation of the Convention against all forms of racial discrimination through its ban on the Mejlis, Russia must withdraw the ban.  The Convention, he points out, has priority over federal legislation.

The ban on the Mejlis has also been challenged at the European Court of Human Rights, with the Mejlis and its leaders represented by the British-based European Human Rights Advocacy Centre (EHRAC), the Ukrainian Helsinki Human Rights Union (UHHRU) and the Russian Memorial Human Rights Centre.

Russia’s ban as ‘extremist’ on the self-governing body of the main indigenous people of Crimea has been described as an act of war against the entire Crimean Tatar people and internationally condemned.  The Mejlis will be arguing that its designation as an extremist organisation and the suspension of its activities is a violation of the right to freedom of association, under Article 11 of the European Convention on Human Rights (ECHR); and that it has been banned – and its members persecuted – to punish them for their political position (in violation of Article 18). They also complain that the Russian Courts disregarded their status as a representative body of the indigenous people of Crimea, violating the prohibition of discrimination (Article 14). As we see, ICJ has already agreed that the ban falls under the UN Convention against Discrimination.

Russia has consistently tried to treat the Mejlis as a ‘civic organization’ which can be banned as ‘extremist’.  The ‘evidence’ provided at the court hearings was quite absurd, including even a document published by Mustafa Dzhemilev back in Soviet times (1988) as well as the Mejlis’ founding documents from two decades before Russia’s annexation.  Their supposed ‘extremism’ lay in the aim declared as being the reinstatement of the Crimean Tatar people’s national and political rights as part of Ukraine.