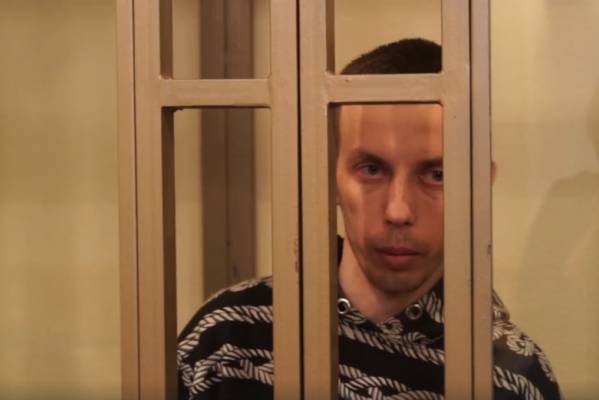 Ruslan Zeytullaev is continuing the hunger strike he declared on July 27, the day that Russia’s Supreme Court increased his manifestly unjust sentence to 15 years.  Zeytullaev’s moving words to the court made it clear that his action was not only in protest at the sentence, but in defence of his people, facing persecution under Russian occupation.

The 31-year-old has already lost a lot of weight, and after two and a half years held in appalling conditions, there are real grounds for concern about his state of health. The problem with such indefinite hunger strikes is that Russia is as unmoved by the risk to life as it is oblivious to its violation of fundamental human rights in the persecution of Zeytullaev and other Ukrainian Muslims.

This is demonstrated by the prosecution of Zeytullaev and three other Crimean Tatars, and most glaringly by the fact that two court rulings were challenged until a third finally came up with a sentence against Zeytullaev close to that originally demanded by the FSB.

Zeytullaev, the father of three small daughters, worked in construction and was also active in his local community in Orlyne, on the outskirts of Sevastopol.

He was arrested, together with Rustem Vaitov and Nuri (Yuri) Primov on January 23, with Ferat Saifullaev taken prisoner in April that year.  All were held in custody far from their families, and there were gross irregularities even during the detention hearings.  The four men were prevented from being represented, as they wished, by lawyer Emil Kurbedinov, who was allowed only to defend Zeytullaev.  There were overt attempts to intimidate people coming to the detention hearings to show solidarity, with a police officer even wandering around videoing those present.

It should be mentioned that, having failed in this way, to intimidate families, friends and others coming to show solidarity, the Russian occupation regime has made even detention hearings closed.

The charges pertained solely to alleged but unproven involvement in Hizb ut-Tahrir.

Russia is in grave breach of international law by conducting any trials under Russian law on occupied territory.

Hizb ut-Tahrir is a peaceful pan-Islamist organization which is legal in Ukraine (and other countries) and is not known to have committed an act of terrorism or violence anywhere in the world.  Russia’s decision in 2003 to declare it ‘terrorist’ was unexplained and taken in secret to avoid it being challenged.

This, however, did not suit the FSB which has a standard format for its multiple ‘Hizb ut-Tahrir cases’.  One person is always designated the ‘organizer’.  Kurbedinov, warned shortly after the sentence was challenged as too ‘light’ that the FSB would not tolerate deviation from their storyline.  Too many questions were raised about their ‘case’.  If there was no leader on this occasion, what would they do about the other three men facing even longer sentences as the supposed organizers of other Hizb ut-Tahrir groups?

Please help share information about this case and similar prosecutions (and even longer sentences) faced by 15 other Crimean Muslims.  Russia is using ‘terrorism’ charges as a weapon against those who hold different views or beliefs.

As Ruslan Zeytullaev said on July 27:

It is vital that he knows – and Moscow is reminded – that he is not forgotten.  Letters or postcards need to be in Russian, and should not contain any discussion of the cases or politics generally.  If it is a problem to write in Russian, just copy-pasting the following will be fine, maybe with a picture or photograph.  Addresses for Ferat Saifullaev; Rustem Vaitov and Nuri (Yuri) Primov and brief information about the case can be found by pressing the hyperlinks.