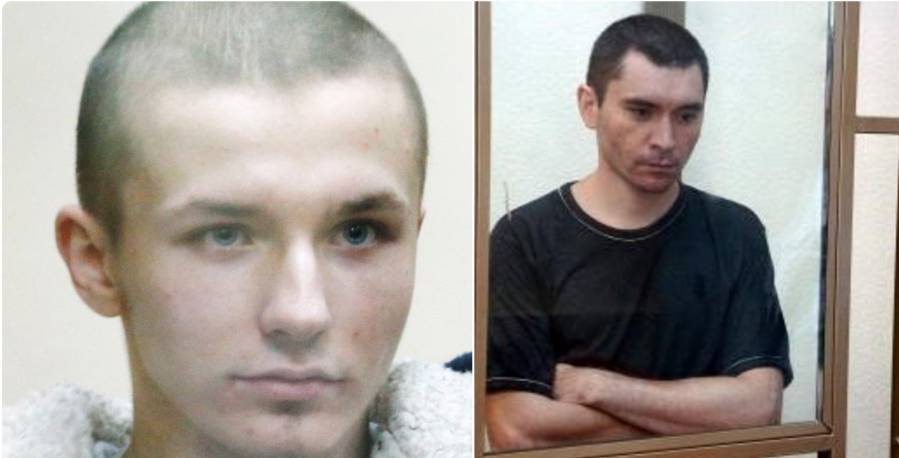 Artur Panov, a 19-year-old Ukrainian from the Luhansk oblast, has been sentenced in Russia to eight years on terrorism charges.  While Panov does not deny at least some of the charges, he was just 16 when arrested on 5 December 2015, and there are grounds for doubting the seriousness of the grandiose plans he appears to have discussed.  A 35-year-old Russian, Maxim Smyshlyaev, received a harsher 10-year sentence, although the only evidence was that he had corresponded with Panov, and he has long been recognized as a political prisoner by the renowned Memorial Human Rights Centre.

Panov rejects the charge of recruiting another person, and has consistently corroborated Smyshlaev’s denial of any involvement in plans to carry out an act of terrorism.

Panov was born in Krasnodon, a city in the Luhansk oblast which is currently under the control of Kremlin-backed militants.  He writes poetry, some of which was published in early 2014.

At the beginning of the conflict in Donbas, he is reported to have helped the Ukrainian Army, and informed them of the movement of Russian military men and militants around the Luhansk oblast.  It is possible that the Russian investigators upped the charges against him after learning of this and / or that he had once been in trouble with the law in Ukraine.  On 7 April 2014, on the very eve of the military conflict in Donbas, Panov was found guilty of having made a false bomb alarm (and demanded money).  He was just 15, and any punishment was therefore waived.

The investigators, however, claim that Panov, who had declared himself to be a theorist of the IV generation of the Red Army Faction and circulated leaflets against Russian President Vladimir Putin in Luhansk as part of this organization, was planning several terrorist acts.  The charges appear to be based on a Red Army Faction group on VKontakte which Panov administered.

He seems to have admitted that he had made the explosive device so as to “possibly carry out a terrorist act in revenge against the Russian regime for its actions in the so-called Luhansk people’s republic”.  He has totally denied ever trying to involve Smyshlyaev, and, as mentioned, has said that he never planned to carry an act of terrorism through.

Panov was arrested just 11 days after he arrived in Rostov in late 2015.   While, under the circumstances, human rights groups cannot declare him a political prisoner, they cannot exclude the possibility that he was tricked into coming to Russia and into being ‘found’ with a homemade bomb.

Even if he was not tricked, his age and general tendency to engage in hyperbole make it possible that the alleged plan to carry out an act of terrorism in Rostov would have remained a theoretical intention.

The investigators assert that he began writing to Smyshlyaev to enlist an accomplice to carry out his terrorist plans.  They have tried to use the fact that Smyshlyaev, who also held left-wing views, suggested that they continue chatting on Skype rather than VKontakte as proof of a criminal conspiracy.  In fact, it is very well-known that the FSB has unrestricted access to the Russian-based VKontakte and any correspondence among people who criticize the current Russian regime is better carried out away from FSB surveillance.

On August 11, 2017, the Northern Caucuses District Military Court convicted both Panov and Smyshlyaev, with Panov sentenced to eight years in a medium security prison colony, and Smyshlyaev to ten years high security.

Panov initially admitted to all except encouraging somebody else.  Memorial HRC reports however that at the hearing on May 11, 2017, Panov stated that he had not planned to go through with the crime and that he had told the investigator that this was the case.  He had earlier admitted to having prepared an explosive device, but asserted that he never planned to hurt anybody.

Shortly afterwards, he presented a letter which he said was an application to the European Court of Human Rights complaining of violations of the right to liberty and security (Article 5 of the European Convention) and to a fair trial (Article 6).

The prosecution asserted that Panov was a Ukrainian nationalist who “considered the Russian authorities guilty of the events in the Luhansk and Donetsk oblasts” and had decided to take revenge.

Beyond this, the prosecution’s case changed a lot.  Various quite different places were mentioned as the alleged targets of the terrorist act.

At first it was asserted that Panov had promised Smyshlyaev money and help in leaving Russia for his participation.  Later this was varied, with it asserted that, having become acquainted with the lad on the social network VKontakte in October 2015, Smyshlyaev had himself proposed to help.

Terrorism is undoubtedly a serious crime.  The problem in Panov’s case is that neither the young man’s very young age when arrested, nor a prior psychiatric assessment were sufficiently taken into account.  In the case of Smyshlyaev, there is nothing more ‘incriminating’ than the fact of some brief correspondence with Panov.