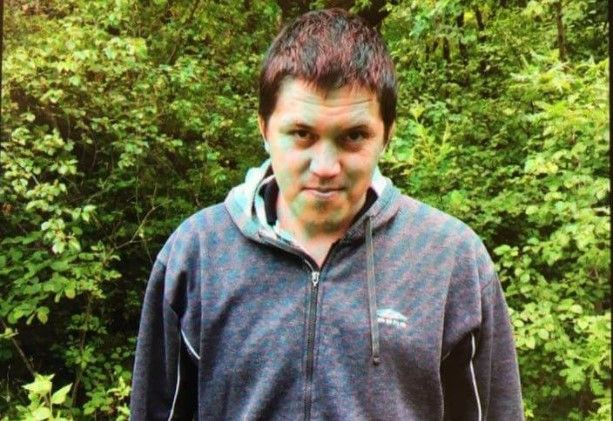 Renat Paralamov has not been seen since masked men carried out what they claimed to be an ‘inspection’ of his home in Nizhnegorsk, in Russian-occupied Crimea.  Even if, as seems likely, the Russian FSB is behind this latest seizure, there is every reason to consider that their treatment of the young Crimean Tatar should be viewed as an abduction.

Lawyer Mammet  Mambetov and members of Paralamov’s family spent all day on Wednesday trying to find out where the unidentified individuals who burst into the Paralamov home had taken him.   The men appeared before 6 a.m. and threatened to break down the door if they were not let in.  They appear to have shown Paralamov a document, though what this was is unclear, since they claimed to be carrying out an ‘inspection’ and ‘investigative activities’, not a search.

Most ominously – and unlawfully – two of the men had FSB symbols on their clothes which they removed after a crowd gathered of people who had learned of the visitation. Aside from those two FSB symbols, there was nothing to identify the men.

Paralamov’s mother-in-law says that they asserted that they were looking for weapons and drugs.  This became the standard pretext for armed searches of Crimean Tatar homes soon after Russia’s invasion and annexation of Crimea.  Then as on this occasion, nothing of the kind was found, and the men took a book and a laptop.

The search lasted between an hour and a half and two hours after which another vehicle arrived into which they forced Paralamov, without giving any information at all.  .  Mambetov and Paralamov’s brother spent the entire day travelling from one possible police station, etc. to another and writing formal statements regarding the events.  Nowhere did any enforcement officers admit to knowing where Paralamov was.

In the late evening, Mambetov reported that according to a source, whom he did not name, Paralamov  “is alive and well”.

Given many abductions of Crimean Tatars since Russia’s annexation, there were real fears for the young man’s physical safety.

As of late on September 13, there remains no information about where Paralamov is nor why he was seized.  A video has, however, been posted by Paralamov’s cousin which shows a motley bunch of individuals trying to conceal their identity through fairly makeshift masks, but accompanied by a police car following the van in which Paralamov  is taking away.

Prominent lawyer Emil Kurbedinov notes that the failure to leave any document or give any explanation already means that the men’s actions must be viewed as abduction.  If this was a detention, then his family needed to be informed where he was being held and why, as did his lawyer.  He was also entitled by law to have made a phone call, yet nothing at all has been heard from him.

The FSB and Investigative Committee, both in Russia and in occupied Crimea, have on numerous occasions held Ukrainian citizens incommunicado, and generally make all effort to prevent them from seeing independent lawyers.

Paralamov has four young children, and works in retail at a market.  He is a devout Muslim and his lawyer is not alone in suspecting that this is the reason for his detention / abduction, with the claim to be searching for drugs and weapons an insultingly implausible pretext.

Russia is currently holding 19 Crimean Muslims prisoner on invented ‘terrorism’ charges.  Four men: Ruslan Zeytullaev; Rustem Vaitov; Nuri (Yury) Primov and Ferat Saifullaev are serving illegal sentences in Russia, while the other men are held in indefinite custody in Crimea.  The charges are unproven, but are in any case in grave breach of international law, since Russia is imprisoning them for purported involvement in the Hizb ut-Tahrir organization which is legal in Ukraine and most countries.

These arrests, as well as the numerous armed searches and other repressive measures, seem aimed at crushing dissent.  Those targeted are often people with a strong civic position or Muslims whom the Mufti of Crimea Emirali Ablaev, who has chosen to collaborate with the occupation regime, views as ‘dissident’.

Update as of Thursday afternoon:  Renat Paralamov is alive, but 'well' after a day of FSB beating would definitely be an overstatement.  At present, Emil Kurbedinov and Renat's brother are with him.