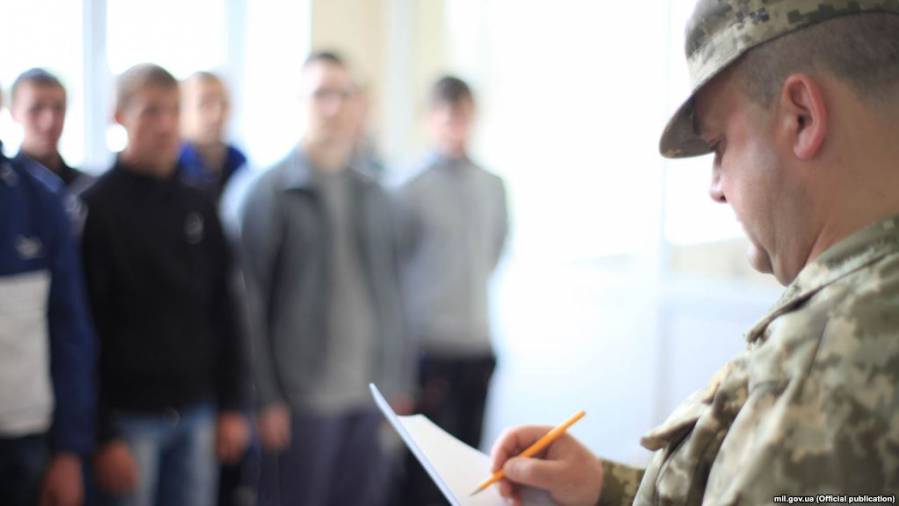 Ukraine has struggled with young men evading conscription. Some observers suggest the true aim of the raid at the Jugendhub nightclub was to round up draft dodgers.

Eyewitnesses and human rights advocates say Ukrainian authorities used excessive force when they arrested 17 young clubgoers for drug possession and detained 32 others they described as draft dodgers in an early morning raid on a popular Kyiv nightclub.

Armed and masked, and reportedly wearing unmarked uniforms, dozens of officers from Ukraine’s National Police and the Internal Affairs Ministry stormed the Jugendhub nightclub, located in the capital’s Shevchenkivskyy district, as some 200 people between the ages of 15 and 25 were partying shortly after midnight on October 28.

The National Police published photographs of cash, credit cards, small amounts of marijuana, and psychotropic drugs it said were confiscated during the raid. It said those arrested for drug possession were taken to the Shevchenkivskyy police department for processing. The 32 detained for allegedly evading conscription were taken to a military office.

Law enforcement officers also found 11 minors among those at the club and transferred them to their parents, the National Police said.

Eyewitnesses say that law enforcement officers used excessive force during the raid and question the real reasons behind it.

According to eyewitness accounts, the officers stormed the club and ordered clubgoers to lie on the floor or stand with their faces against a wall. One account described the police as being “very determined and aggressive.”

Lyuda Korniyevych, a journalist for the Hromadske TV channel who was at the club, described officers behaving in an "outrageous" manner, adding, "They threw clubbers on the floor."

Korniyevych said officers beat club-goers who tried to film the raid with their phones. Still, some videos emerged from the raid. One, published on Instagram and shared widely on Facebook, shows what appears to be an officer searching the club with a flashlight while a group of people are huddled off to the side.

"[Officers] were looking for drugs. They said they had a search warrant," Korniyevych added.

The club shared a photograph that showed the place torn apart. "There are spots of blood on the floor," it added.

News of the raid enraged some human rights advocates. In an interview with the 112 Ukraine TV channel, Mikhail Chaplyga, representative of Ukraine’s parliamentary human rights committee, described the authorities’ actions as "lawlessness."

Masi Nayyem, a military veteran turned lawyer for the Kyiv-based Miller law firm, expressed his outrage in a post on Facebook, saying the firm was collecting information and preparing documents to build a criminal case against law enforcement officers whom he accused of using excessive force.

Authorities said the raid came after residents living near the club complained about noise and the suspicious behavior of its young patrons. But some observers suggest the true aim of the raid was to round up draft dodgers.

The Human Rights Information Center said in a statement on its website that the 32 young men detained at the club were taken to a recruitment office and held for hours. It said that military officials assisted police in the raid.

Hromadske TV later reported, citing a lawyer for one of the detained men, that the men had been released in the afternoon on October 28.

Ukraine reintroduced military conscription in 2014 to counter the Russia-backed separatist insurgency in its eastern regions. The armed conflict, now in its fourth year, has killed more than 10,100 people.

While several mobilizations have since grown and trained what is now among the largest standing armies in Europe, with more than 200,000 active servicemen, it has struggled to some degree with men evading conscription.