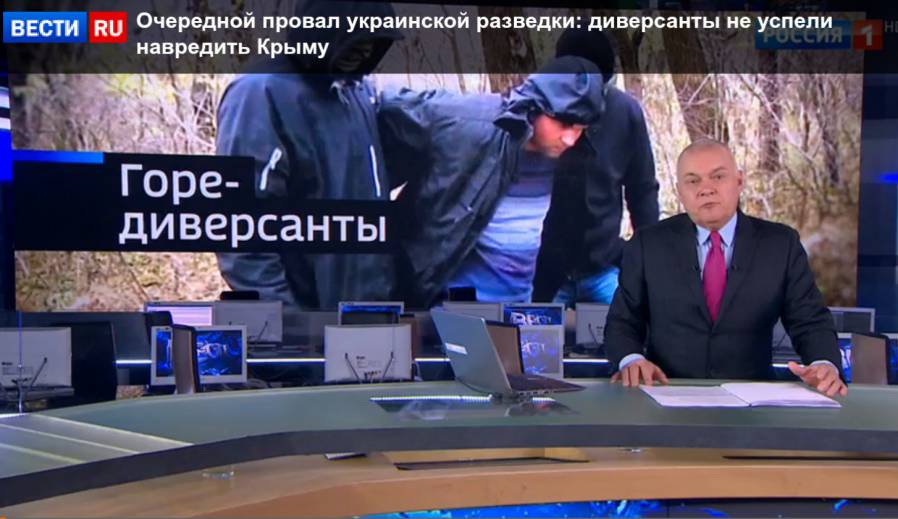 Retired naval captain Volodymyr Dudka’s detention extension hearing took place on November 3 in a closed court, with relatives and journalists not admitted.  Such closed hearings have become the norm over the last year rather than the exception, however in this case it is reported that the actual trial could also be secret.

Exactly one year ago, on November 9, 2016, Dudka was arrested, together with two  academics Dmytro Shtyblikov and Oleksiy Bessarabov were arrested in Russian-occupied Sevastopol.  The FSB claimed, and the Russian media repeated as though it were proven, that the three were “members of a sabotage – terrorist group of the Ukrainian Defence Ministry’s Central Intelligence Department” who were planning acts of sabotage on military and other infrastructure”. Two younger men  - Oleksiy Stohniy and Hlib Shabliy were arrested 10 days later. That, at least, was what the FSB claimed, though it seems that Stohniy was arrested at a different time and place, with the videoed images of his apparent arrest staged for the camera.

The video footage of Shtyblikov’s arrest and the search of his home was not staged, but had disturbingly comical elements. The supposed ‘arsenal’ of weapons found in his home were airsoft weapons for a sports hobby.  The camera focused persistently on a ‘business card’ allegedly belonging to Dmytro Yarosh, former head of the ultra-nationalist Right Sector which Russia has demonized since Euromaidan.  Russia and the state-controlled media first treated this card as ‘incriminating evidence’ after allegedly finding it, intact and looking remarkably untouched in a totally gutted out car at a checkpoint near Kremlin-backed militant-controlled Sloviansk

During the first month, only Dudka was allowed to see an independent lawyer, not provided by the FSB.  It is therefore indicative that he is the only one of the men who has retracted a supposed confession and said that it had been extracted through duress and threats to his family.

Shtyblikov has probably not seen an independent lawyer at all.  Back in November, he supposedly rejected the services of Alexander Popkov, who had contracted an agreement with the Shtyblikov family.  Popkov was not allowed to see Shtyblikov and hear this from him, which is a serious breach of procedural legislation.  It is therefore unclear whether the person Shtyblikov has agreed should represent him was freely chosen.  This is of particular concern since Shtyblikov now appears to have agreed to ‘admit guilt’.

One of the reasons for the many months or years of detention is the possibility such incarceration gives the investigators to put men under heavy pressure to ‘confess’.

Both Dudka and Bessarabov deny all charges, and if their trials are indeed held behind closed doors, there will be no way of ascertaining if there were any grounds for the men’s arrest.

That is, if anybody has illusions on this score.  In fact, the later trial and conviction of Ihor Stohniy makes that difficult.

That ‘trial’ was also held in secret, on July 17, 2017 in Simferopol.  Stohniy was charged under two articles of the Russian criminal code: Article 222 § 1 - illegally obtaining, selling, possessing, transporting, etc. a weapon, or part of a weapon; and Article 223 § 1 – illegal production, adaptation or repair of a firearm and ammunition.  This was quite different from the earlier information in a feature on Russian TV  Rossiya 24, entitled ‘The latest failure by Ukrainian intelligence: saboteurs failed to harm Crimea”  Stohniy was claimed to be an officer of Ukraine’s Military Intelligence [HUR], while Shabliy was referred to as a Ukrainian officer, a Rank 2 captain in the Ukrainian Fleet.

The video in Stohniy’s case purported to show his arrest and also presented him supposedly confessing to spying on behalf of Ukraine.

Stohniy showed clear signs of having been very roughly treated, and the presenter (propaganda spin doctor Dmitry Kiselyov) asserted that he had been prepared for trouble and had taken a pistol (shown) and “therefore the special unit detained him very roughly”.

According to Oksana Stohniy, her husband had set off for Kyiv to visit their daughter who is studying there. He was seized at night at the crossing point, not during the day as on the stunt video.  The FSB, bringing their own ‘witnesses’ and masked men, turned up at their home, that of his parents, and his work the following day.  The search produced nothing, and the only things taken away were computers.

Nothing at all has been heard about Shabliy, and what, if anything, the prosecution can produce to substantiate their accusations against any of the men is not known.

Russia has claimed ever since its invasion and annexation of Crimea that it was ‘protecting’ Crimeans. There was never any evidence of the imminent ‘bloodbath’ claimed, nor of violations of Russians’ rights.  There neither was then nor has been since any act of terrorism.

Yet Russia began its arrests on supposed ‘terrorism’ charges against Ukrainian filmmaker Oleg Sentsov, civic activist Oleksandr Kolchenko and other opponents of annexation back in May 2016.  In August 2016, it failed to convince the world that it had averted a Ukrainian military plot to carry out ‘incursions’ into Russian-occupied Ukrainian territory, however the four men then seized remain imprisoned now.

The arrests on November 9 and later are also aimed at pushing the message that Russia is defending Crimeans from a Ukrainian ‘threat’.  The only state secret in all of this is the lack of any case to answer which the gross irregularities, pressure on imprisoned men to renounce their right to a fair trial and court secrecy are powerless to hide.