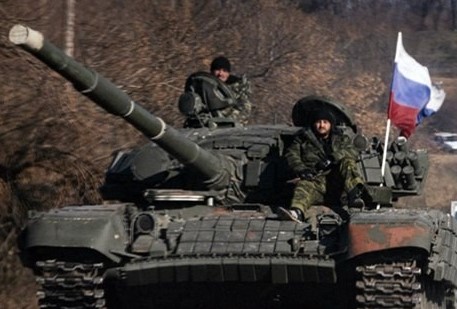 The ‘DPR High Court’ report says only that a 43-year-old man was found guilty on October 30 of ‘planning and attempting a crime’ and ‘spying’ for Ukraine’s Security Service and was sentenced to 10 years’ imprisonment in a maximum-security prison.

The man who is described as “an opponent of DPR” is supposed to have created a Twitter account and used it from October 2015 to November 2016 to post photos taken on DPR territory of military technology; the location of military units and firing positions; maps of the surroundings; details about the movement of military units and similar.  This was supposed to be in order to pass the information (via Twitter!) to the Ukrainian Security Service [SBU] so that it could “be used by the latter against the security of DPR”.

These ‘sentences’ – to 10, 15, 20 years or longer – for ‘spying’ are generally reported without names and with no information at all as to whether the person had a lawyer, and anything remotely similar to a fair trial.

The initial given {‘B’) does not match, and the year of birth (1972) is slightly different, but the charges against this unnamed man seem eerily similar to those reported back in February 2017 against Valery Nedosekin, a college director at the Donetsk Academy of Motor Transport.

He was alleged to have “gathered and passed to the Ukrainian Security Service information whose divulgence was aimed at causing harm to DNR security.” This was information about the movement of military equipment; the coordinates of important items of infrastructure; details about where military leaders live and the routes they use to move around. The information gathered was supposedly used by the Ukrainian SBU to plan sabotage and terrorist activities on militant-controlled territory.

The militants also claimed that Nedosekin had used his official position in the Academy to pass on information about militants studying there to the SBU, including for publication on the Myrotvorets website.  The latter is a rather controversial site which posts the personal data of people whom it considers to be ‘separatists’ or Kremlin agents working against Ukraine’s national security.

There are, of course, no examples of the photos, and the only Valery Nedosekin on Twitter does not seem to be the person seized in February and, perhaps, ‘sentenced’ on October 30.  It is, however, true that any tanks, armoured vehicles and weapons posted on Twitter, whether by Nedosekin, or by others, would be from the Russian Federation and not, as Russia has tried to claim, “found in Donbas mines”.

As always, there is only a video of the man ‘confessing’.

The ‘DPR’ is also holding journalist and blogger Stanyslav Aseyev (who writes under the pseudonym Stanyslav Vasin) prisoner.  It took them almost two months, however, to even admit that he had been seized, seemingly also on a charge of ‘spying’.

In August 2017, a similar ‘court’ in the self-proclaimed ‘Luhansk people’s republic’ [LPR] announced that two Ukrainians had been sentenced to huge periods of imprisonment for what was claimed to be ‘state treason’.  Although yet again names were not given, the alleged ‘treason’ lay in spreading ‘negative information’ on the Internet, making it almost certain that the person sentenced to 14 years was  Edward Nedelyaev, a prominent Luhansk blogger, seized in November 2016.  The 14- and 12-year sentences come a week after the militants reported a 20-year sentence, also on highly suspect charges.