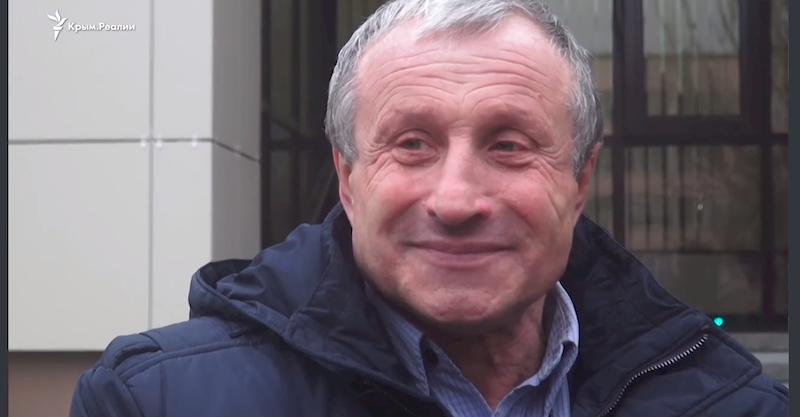 The High Court in Russian-occupied Crimea has upheld the two and a half year suspended sentence passed on 67-year-old Ukrainian journalist Mykola Semena for expressing the position of the UN, EU, Council of Europe and international community regarding Russia’s occupation of Crimea.  ‘Judge’ Igor Kryuchkov did, however, reduce the probation period and length of the ban on Semena engaging in any public activity from three to two years.

In commenting on the ruling, Semena himself wondered whether anywhere in the world you can find the ban on a person’s journalist profession which has been applied against him.  This, he suggests, is “fairly stupid primitiveness which says most about the level of the state, of its legislation and its justice system”.

Neither Semena himself, nor his lawyers Emil Kurbedinov and Alexander Popkov, had any great expectations for justice at the hearing on December 18, and the same is doubtless true of the appeal to Russia’s Supreme Court.  All such theoretical ‘legal remedies’ must be applied before the case goes before the European Court of Human Rights which is effectively certain to find in Semena’s favour.

Semena is one of three Ukrainians thus far to be charged under an article of Russia’s criminal code introduced shortly after its invasion and annexation of Crimea. Article 280.1 punishes something termed ‘public calls to action aimed at violating Russia’s territorial integrity’ which Russia has repeatedly used as a weapon against those criticizing its Crimean land-grab.

The two and a half year suspended sentence against Semena was passed on September 22 by Nadezhda Igorevna Shkolnaya from the Zheleznodorozhny Court.

Both she and Kryuchkov found it expedient to ignore the fact that Semena was actually defending the territorial borders which the Russian Federation has bound itself to uphold in multiple international agreements that it has not withdrawn from.

In his final address to the ‘court’ on September 18, Semena said that his conviction would not just be that of one Ukrainian journalist, but a  sentence against all journalism in Russia.  He expressed bemusement over the prosecution for a text where it was stated three times that this was an opinion piece.