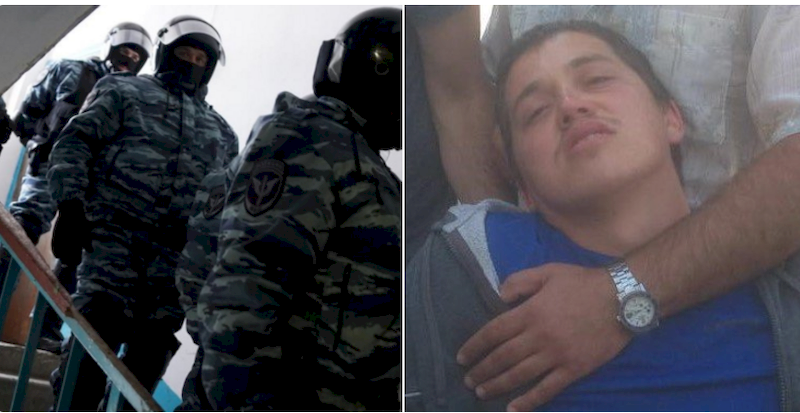 The UN General Assembly has passed a vital resolution on the human rights situation in Crimea which recognizes that Russia’s illegal occupation is an international armed conflict and gives victims of abuse wider scope to defend their rights.  Ukrainian human rights organizations played a major role in drawing up the document which refers to binding international law and covers abuse that had previously received too little attention.

42 countries are cited as co-authors of the resolution, which was supported at the 73rd plenary meeting on December 19 by 70 countries, with 26 voting against and 76 abstaining (details here).

This is the third resolution since Russia’s invasion and annexation of Crimea in February – March 2014.

On March 27, the General Assembly passed Resolution 68/262 on the Territorial integrity of Ukraine.  The Resolution was important in clearly stating that Crimea is Ukraine and that the pseudo-referendum that Russia organized in ten days had no legal force.  The UN called on all states “to refrain from any action or dealing that might be interpreted as recognizing any such altered status”.

It did not take Russia long to begin grave human rights violations in occupied Crimea, and these were first addressed in a Second Resolution on December 19, 2016.

The third resolution also addresses such abuse, but is farther-reaching and harder-hitting.

The mention in the document of Russia’s ongoing occupation of Crimea as an international armed conflict is a major step forward from the previous resolutions.  It follows the Office of the International Criminal Court Prosecutor’s Report  which found that the situation with Crimea constitutes an international armed conflict between Ukraine and the Russian Federation.  This is of crucial importance since it means that the conflict falls under the Rome Statute, and is within the International Criminal Court’s jurisdiction.  Russian President Vladimir Putin reacted immediately, and inadequately, by announcing that Russia would not ratify the Rome Statute.  This petulant move was meaningless, since legal specialists agree that any such “we’re not playing” does not relieve Russia of its liability.

Putin cannot suggest that Russia abandons the United Nations whose General Assembly has now also repeated that its occupation of Crimea is an international armed conflict.

Importantly, the resolution also demands that Russia comply with the UN International Court of Justice [ICJ] which, back in April, passed provisional measures requiring Russia to withdraw its ban of the Mejlis [representative assembly] of the Crimean Tatar People and stop driving the Ukrainian language out of the education system.

Moscow had promised to abide by any decision of ICJ, but this was until the ruling.  Since then it has ignored it, with the situation in Crimea ever worse.

Human rights – tools for their defence

The Crimean Human Rights Group; the Human Rights Information Centre and Ukrainian Helsinki Human Rights Union were all instrumental in drawing up the resolution.

Tetyana Pechonchyk from the Human Rights Information Centre points out that this new resolution refers closely to international humanitarian law, such as the 1949 Geneva Convention and its 1977 Additional Protocol.

These regulate protection of victims of war and establish liability for violation of such norms.  Russia is in breach of the Geneva Convention through its movement of its own citizens to Crimea; its conscription of Crimeans to its army; foisting of its citizenship, and much more.  The NGOs ensured that the UN does not just point out the illegality of conscription, but also condemns the pressure or propaganda of volunteering for the army.  Human rights groups have long warned of the mounting militarization of society in occupied Crimea (see Children taught to glorify war and the invader in Russian-occupied Crimea).

Russia is not only illegally applying its legislation on Crimea under occupation, but is also imposing it retroactively.  The most flagrant, but by no means the only, such application was in the prosecution of Crimean Tatar Mejlis leader Akhtem Chiygoz and other Crimean Tatars on concocted charges concerning a pre-annexation demonstration over which Russia could not conceivably have any jurisdiction.

The General Assembly has also condemned the “the imposition of automatic Russian Federation citizenship on protected persons in Crimea, which is contrary to international humanitarian law, including the Geneva Conventions and customary international law, and the regressive effects on the enjoyment of human rights of those who have rejected that citizenship”.

It should be noted that this foisting of citizenship is also selective.  In some cases, such as with Crimean Tatar human rights activist Sinaver Kadyrov, lack of Russian citizenship was used as a pretext for his ‘deportation’ to mainland Ukraine.  In others, such as with Ukrainian filmmaker Oleg Sentsov and civic activist Oleksandr Kolchenko, Russia is claiming that they ‘automatically’ became Russian citizens in order to further deny them international protection and refuse to release them from imprisonment in Russia.

There is, at long last, greater emphasis on flagrant violations of freedom of conscience and religion.

“Condemning the increasing pressure exerted upon religious minority communities, including through frequent police raids, threats against and persecution of those belonging to the Ukrainian Orthodox Church of the Kyiv Patriarchate, the Protestant Church, mosques and Muslim religious schools, Greek Catholics, Roman Catholics and Jehovah’s Witnesses, and condemning also the baseless prosecutions of dozens of peaceful Muslims for allegedly belonging to Islamic organizations”.

There has been far too little attention to the ongoing imprisonment and likely huge sentences facing 25 Ukrainian Muslims for alleged involvement in Hizb ut-Tahrir, a pan-Islamist organization which is not known to have committed any act of terrorism anywhere in the world and which is, most importantly, legal in Ukraine.  Russia has now added ‘extremism charges’ for supposed involvement in another totally apolitical movement Tablighi Jamaat.

The resolution also points to Ukraine’s duty to protect the rights of its citizens on occupied territory. It “supports Ukraine’s efforts to maintain economic, financial, political, social, informational, cultural and other ties with its citizens in the occupied Crimea in order to facilitate their access to democratic processes, economic opportunities and objective information”.

Human rights groups have had ample cause over the last three and a half years to criticize Ukraine’s failure to protect these rights and, on occasion, measures that essentially infringed the rights of people living in Crimea.  It would be fitting if Ukraine’s government would implement all recommendations, especially given Russia’s predictable response.

Russia has ignored the International Court of Justice, numerous resolutions from the Parliamentary Assembly of the Council of Europe [PACE], the EU, European Parliament, OSCE, etc.  There is certainly no reason to except it to change its behaviour over this latest resolution.

It is, nonetheless, very important, especially given ongoing pressure to waive sanctions against Russia in PACE, to withdraw other sanctions or to quietly treat Russian occupation as the status quo.  Each such resolution, supported by democratic countries, makes it that much harder for them to backtrack on their proclaimed values.

All such resolutions also give the victims of repression hope that their persecutors will not enjoy ongoing impunity.

The final adopted version does not appear to be online yet, but the draft resolution can be found here