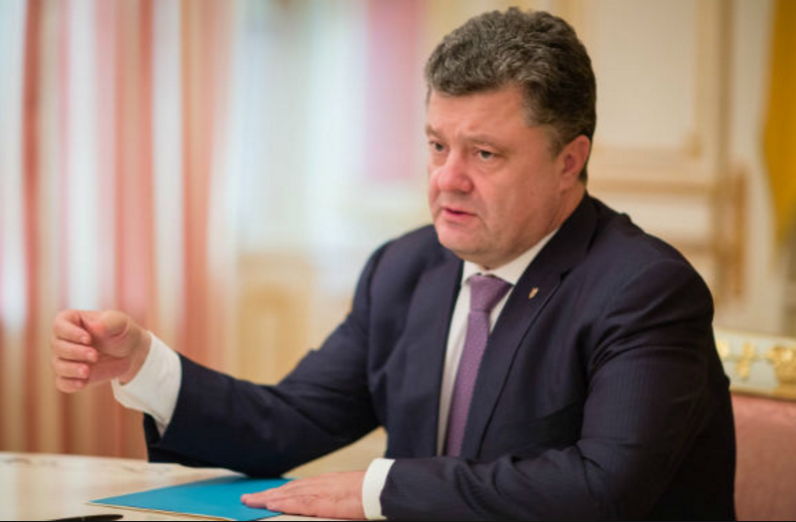 Ukrainian President Petro Poroshenko says he has signed into law a bill that supporters say will help Kyiv restore control of territory held by Russia-backed separatists in the east of the country.

Poroshenko made the announcement in a February 20 tweet, saying the law does not violate Ukraine’s "international obligations," including the Minsk accord.

Russia has denounced the legislation, saying it threatens to escalate the violence in eastern Ukraine.

The law labels Russia an "aggressor" and parts of the Donetsk and Luhansk provinces held by the separatists as "temporarily occupied territories."

That same designation was previously given to Crimea, the Ukrainian peninsula on the Black Sea that Russia seized in March 2014.

Russia’s annexation of Crimea and support for the separatists has triggered sanctions targeting Moscow by the United States, the EU, and other nations.

The law signed by Poroshenko also places all military and law enforcement activities in eastern Ukraine under the control of the Ukrainian Army’s top command, a move that formally ends what Kyiv has until now referred to as an "antiterrorist operation" in the area.

The legislation was opposed in parliament by the Opposition Bloc, a successor to former Ukrainian President Viktor Yanukovych’s Party of Regions that reformed after he was driven from power in February 2014 following months of mass street protests by pro-EU protesters.

Opposition Bloc lawmakers argued that the law would not help reintegrate the separatist-held areas and would undercut the Minsk accords.

Note:  It is not only opposition politicians who have criticized the law.  A number of human rights organizations called on Poroshenko to make important amendments to it.  One concern was that by placing responsibility for all destruction in Donbas on Russia, Ukraine could be leaving Ukrainian citizens without any access to compensation

See: Ukrainians get no compensation for destroyed homes in Russia-backed Donbas ’republics’