Russian poet convicted of ‘incitement’ for poem in support of Ukraine 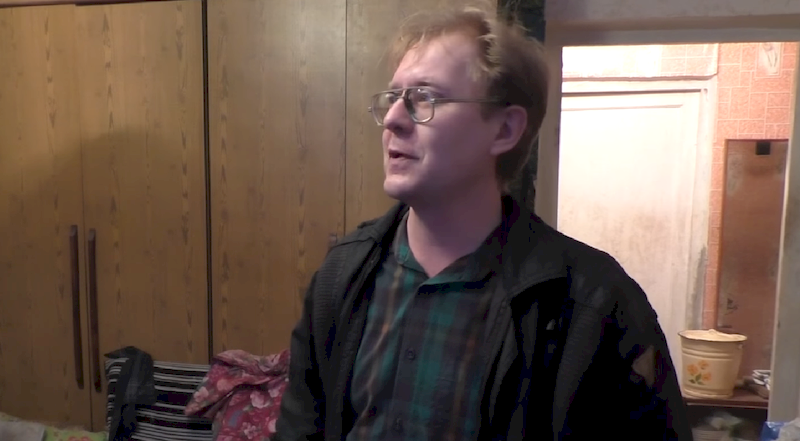 Alexander Byvshev has been convicted of ‘incitement to enmity’ and sentenced to 330 hours community service for a poem entitled ‘On Ukraine’s Independence’. The charges and the verdict are preposterous, but it could have been much worse since the prosecutor had demanded a two-and-a-half prison sentence.  This would have been devastating since 45-year-old Byvshev from Kromy (Oryol oblast) is the sole carer for his two elderly and invalid parents.  Byvshev has also been prohibited from working as a teacher for three years.

The charges were yet again under Article 282 § 1  of Russia’s criminal code, with the prosecution claiming that the poem constitutes ‘incitement to hatred or enmity, and denigration of human dignity’.   The poem (translated here) presents Ukraine as under attack, with Moscow enraged and threatened by Ukraine’s wish for freedom and Maidan.  The image painted of Russia, its imperial aspirations and aggression against its neighbours, is undoubtedly extremely unflattering, but this is – or should be – a far cry from ‘incitement to enmity’.   Byvshev himself had rejected the charges and said that he had simply been expressing his opinion.

Byvshev first posted the poem on his VKontakte page on 22 February 2015, after it had been published by a number of Ukrainian sites.  He was first summoned to the Investigative Committee on September 15, 2016 with the deputy head Dmitry Zubov informing him that a ‘check’ was being carried out in connection with publication of the poem.

Then on Jan 17, 2017 a search was carried out of the flat which Byvshev shares with his parents, followed by the first of several interrogations. Reporting this ‘third criminal case’, Byvshev noted that the search had been carried out by officials from the ‘Centre for Countering Extremism’ who kept asking him if he was planning to emigrate, with his parents.

Byvshev’s persecution began in 2014 over his support for Ukraine and opposition to Russia’s invasion of Crimea.  As well as the criminal proceedings, he lost his teaching job and placed on Russia’s notorious ‘List of Terrorists and Extremists’.  All of this made it effectively impossible for him to find proper employment, let alone consider emigrating with two gravely ill parents in their eighties.

Shortly after the ‘trial’ began in December 2017, Byvshev gave commentaries to some media which prompted prosecutor Alexei Tryanzin to initiate a fourth criminal prosecution, on charges of ‘obstructing the court’, and to demand that Byvshev be remanded in custody.

Judge Ruslan Yerokhin rejected both that demand, as well as Tryanzin’s application for the trial to be continued behind closed doors.  He has now provided the conviction demanded, but passed a  less severe sentence.

Byvshev reported on 3 April that a fifth criminal case has been initiated over poems which he posted so that readers could see what had “hurt the delicate feelings of our enforcement bodies who are ever taking offence”.

Byvshev was sentenced to six months’ community service on July 13, 2015, over the poem ‘To Ukrainian Patriots’ which he posted on his social network pages on March 1, 2014, two days after Russian soldiers without insignia seized control in Crimea.  In the poem, he wrote that Ukrainians should ensure that not one inch of Crimea is handed “to Putin’s chekists”.   This was also treated as ‘incitement to enmity’, with the court also ordering that his laptop be confiscated and prohibiting him from working as a school teacher for two years.

A month earlier Byvshev had been added to Russia’s ‘List of Terrorists and Extremists’, with this resulting in all accounts being frozen.  His flat had also come under attack twice and the Sova Centre in Moscow which monitors both extremism and hate speech reported that it was Byvshev who had become the target of a hate campaign.  It pointed out that an article published in a local newspaper had been totally in the style of Stalin’s campaign against so-called ‘cosmopolitanism’ (details here).

More information about Alexander Byvshev and translations of several poems can be found in Sarah Hurst’s article on XSoviet.