Why Ukraine’s Anti-Corruption Drive Is Failing 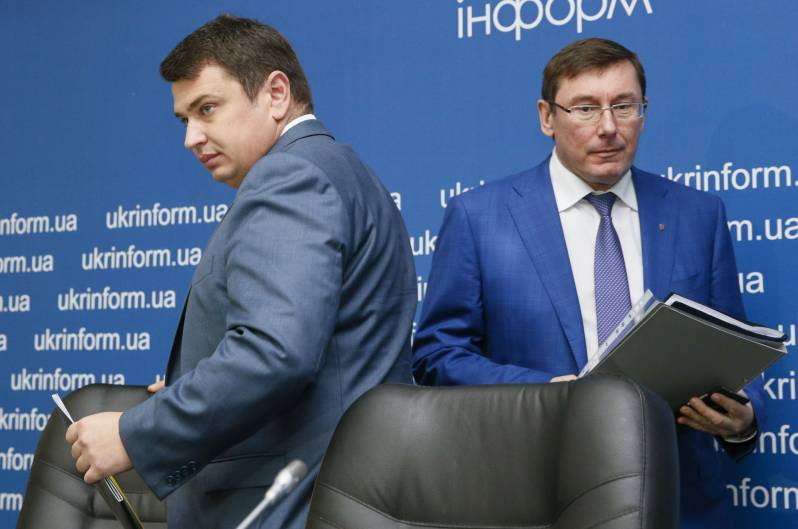 After the victory of the Euromaidan, the demand for combating corruption drastically increased, and new institutions were established to fight high-level corruption. However, there is an ongoing conflict between two of the newly established agencies that greatly diminishes their ability to fight corruption. Below we explain the fight in ten question and answers.

1. What are Ukraine’s newly established anti-corruption agencies? Today, three anticorruption agencies are operational in Ukraine. The National Agency for the Prevention of Corruption (NAZK) monitors the process of asset declaration by civil servants, and ensures they are resistant to corruption risks. The National Anti-Corruption Bureau (NABU) investigates high-level corruption and big bribery cases. Finally, the Specialized Anti-Corruption Prosecutor’s Office (SAPO) oversees NABU investigations and represents the state prosecution in court against those charged with top corruption or bribery.

2. What is the inter-agency conflict about? Serious disagreements between the management of NABU and SAPO have been in place for a long time. NABU’s unofficial claims against SAPO include the latter’s illegal dismissal of criminal cases against certain officials, and the involvement of the head of SAPO—as well as other staff members—in corrupt activities. In turn, SAPO is accusing NABU detectives of a lack of competence in preparing investigative materials. In spring 2017, the head of NABU, Artem Sytnyk, and the leader of SAPO, Nazar Kholodnytskyi, signed a “memorandum on cooperation” through the mediation of the US Embassy in Ukraine, but they have not normalized their relationship.

3. What are the accusations against SAPO? Sytnyk accused Kholodnytskyi of disclosing the materials from criminal cases and hampering NABU’s work. According to Sytnyk, when NABU detectives arrived in Odesa with search warrants in the case regarding the city mayor, several key actors had left the city in a quick and well-organized manner; some even stayed abroad for almost two months. “We have serious grounds to assume that the information was leaked to the case actors by the head of SAPO, who, as it turned out, had information on their whereabouts that the investigation was not aware of,” Sytnyk said.

5. What is in the tapes? These documents are classified, but some journalists had a brief look at portions of the information. They include discussions of several high-profile cases: embezzlement in the office of the Odesa mayor; the case started at the request of the acting Healthcare Minister Ulana Suprun on her being offered a bribe; the Zolotyi Mandaryn company being linked to MP Heorhiy Lohvynskyi; investigations linked to assets of high-level officials; and investigations linked to business interests of the owner of a big agricultural company. The tapes are important evidence for Sytnyk, as they confirm NABU’s suspicions. Kholodnytskyi, however, claimed the taped conversations were taken out of context.

6. How are the heads of NABU and SAPO reacting? Both officials are trying to avoid a public scandal and excessive media attention; they both realize that this conflict will discredit their organizations. Sytnyk is concerned that his agency’s evidence will not be taken into consideration, while Kholodnytskyi has grounds to be concerned that the evidence will be confirmed. So, for example, on April 4, when both Sytnyk and Kholodnytskyi were supposed to address parliament, they made a joint statement that there is no conflict between their agencies and sat next to each other to reinforce the point.

7. What is the role of “old” law enforcement institutions in the conflict?The old institutions are the Office of the Prosecutor General, headed by Yuriy Lutsenko; the Security Service of Ukraine, headed by Vasyl Hrytsak; and the Ministry of Internal Affairs, headed by Arsen Avakov. Just a few months ago, in December 2017, they all took a stand against NABU. At that time, Sytnyk was defending his agency against attacks by Lutsenko and Hrytsak, who were trying to convince the Rada to simplify the procedure to dismiss the heads of anti-corruption agencies, including NABU. International partners managed to convince the Ukrainian authorities to give up that idea. But in the last four months, Sytnyk teamed up with Lutsenko to investigate the work of Kholodnytskyi. Some suspect that the Office of the Prosecutor General is hoping to take control over SAPO.

8. Why is the standoff dangerous? NABU and SAPO are complementary parts of one system: NABU investigates corruption, and SAPO manages the process and represents the state prosecution in court. If the two institutions fight, it leads to decreased efficiency in the investigation process and in the fight against corruption. Experts have said NABU “shot itself in the foot” by investigating Kholodnytskyi. Sytnyk also said that SAPO’s sabotage affects NABU detectives, who lose motivation when the cases they investigate have no results.

9. What to expect next? The case against Kholodnytskyi is most likely to result in a disciplinary sanction. The case will be considered by the Qualification and Disciplinary Commission of Prosecutors, and NABU will request that it dismiss Kholodnytskyi. There is no clear protocol as to who should be designated the acting head of SAPO if he is dismissed. In theory, the agency can be temporarily headed by the first deputy head of SAPO until the commission selects new candidates and submits them to the president for consideration.

10. Are there grounds for optimism? Suspicions of corruption within the agencies meant to fight corruption have a serious impact in society and for Ukraine’s international reputation. However, it’s possible that the problem springs from specific personnel, rather than from SAPO’s systematic processes. “What makes us feel optimistic is that the main part of the SAPO staff are professionals with the proper values. Thanks to these people we have achieved a result. Thus, SAPO as an agency needs to be saved at all costs,” Sytnyk said. If Kholodnytskyi is found guilty and he must leave office, it may well be a step toward the reconciliation of both agencies and their eventual cooperation.

Tetyana Ogarkova is head of international outreach at the Ukraine Crisis Media Center.