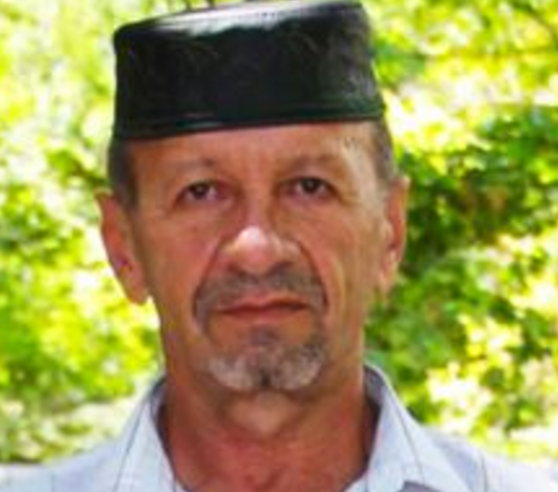 Russia has sent Crimean Tatar Nedim Khalilov against his will to Uzbekistan after illegally taking him from his Crimean home and holding him in a ‘centre for foreigners’ in Russia for 18 months.  This cynical deportation of a 58-year-old who has no links with Uzbekistan can be viewed as reprisal for Khalilov’s attempt to bring legal proceedings against Russian President Vladimir Putin over Russia’s invasion and annexation of Crimea. It may also be no accident that the long-threatened deportation has come on the eve of the 74th anniversary of the Deportation of the entire Crimean Tatar people in 1944.  Under Russian occupation, traditional remembrance events have been banned, and each year Crimean Tatars have been detained on the anniversary.

Eskender Bariev, a member of the Crimean Tatar Mejlis [representative assembly] reported on 15 May that Khalilov had been questioned in Tashkent for around two hours, and then released.  At that time, Khalilov was simply stranded in a waiting room, without documents and with a pitiful sum of roubles in his pocket.  He also only has three days of the medication he needs to take regularly to prevent a stroke.

Beriev rightly suggests that Khalilov should approach the Ukrainian Embassy. The circumstances that Russia has cynically used against Khalilov do not change the fact that he is a Crimean Tatar, and should have full Ukrainian protection.

Like so many other Crimean Tatars during the first decades after the Deportation, Khalilov was born in Soviet Uzbekistan in 1959.

He first tried to return to Crimea in 1986, still under Soviet control, and then as soon as Ukraine declared independence in 1991.

While Ukraine rightly invited all Crimean Tatars to return to their homeland, its track record of providing for the needs of people returning was poor.  It was in protest at this failure that Khalilov publicly refused to take Ukrainian citizenship until the situation improved.  This was never a major problem until Russia’s invasion of Crimea, even though Khalilov was continuing to use documents of the collapsed Soviet Union.

In February 2016, Khalilov filed a law suit in the Central Court in occupied Simferopol, asking the court to find the actions of the occupation regime and Putin illegal.  The move was doomed from the outset, and there is nothing to indicate that it was ever heard.  Khalilov himself was, doubtless, noticed, and seven months later, on November 7, 2016, a Simferopol court ordered his ‘deportation’.

He was taken to Krasnodar in Russia, and imprisoned in a centre for foreigners, then later moved to another such detention centre in Rostov.  He was on hunger strike in protest for a considerable amount of time, while also challenging the decision in Russian-controlled courts in Crimea.  Lawyer Edem Semedlyaev reported on August 25. 2017 that the ‘High Court’ in Crimea had rejected their application to have the deportation ruling revoked.

Khalilov knows nobody in Uzbekistan and has no realistic chance of finding employment and somewhere to live.

During his hunger strike, he wrote a statement to the Russian prosecutor and Putin, “asking to be buried in my historical homeland where the graves lie of my father and brother.  Under Ukraine I had my own business, a home.  Under Russia, my family has been destroyed and I have been sent away from my historical homeland”.

This is a move of extraordinary brutality.