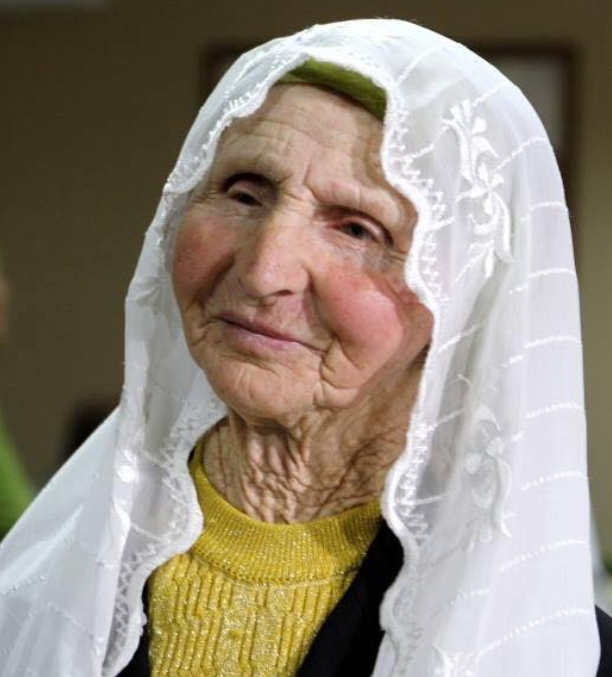 Vedzhie Kashka died on 23 November 2017, after Russian FSB and other enforcement officers burst into a restaurant and seized her and three men who had been helping her.  She was reported to have been taken ill and to have died in the ambulance.

Lawyer Nikolai Polozov is carrying out an independent investigation on behalf of the Kashka family, since the Russian occupation authorities have failed to investigate the circumstances around the elderly veteran’s death in FSB and police custody.   He is convinced that she died because of excessive and disproportionate use of force by the officers carrying out the arrest.

In February 2018 Russia’s Investigative Committee refused to initiate criminal proceedings against five police officers for exceeding and abusing their powers. The official check was later resumed, only to result in a second refusal to initiate proceedings, with the refusal this time extended to the ambulance doctor.

Polozov has learned that all CCTV tapes were removed soon after the fatal FSB operation by enforcement officers who produced no identification or court order.

He is now awaiting the formal possibility to see the material of the supposed check into the events around Vedzhie Kashka’s death, before making a decision on further moves.  He intends to seek an alternative medical examination and to question all witnesses, before seeking criminal proceedings over the new circumstances that will almost certainly emerge.  He will certainly turn to the European Court of Human Rights or other international courts if the Russian authorities try to cover this up, but is aware that all of this will take time.  The relevant Russian bodies are very swift to ‘investigate’ a situation and find nothing untoward, but will use all means to drag out and obstruct an independent investigation.

The ‘Vedzhie Kashka Case’ was very evidently an attempt to discredit the Mejlis [representative assembly] of the Crimean Tatar people and other respected Crimean Tatars.  Four men: 61-year-old Kazim Ametov; 65-year-old Asan Chapukh; 57-year-old Bekir Degermendzhy and 52-year-old Ruslan Trubach – were arrested on charges that bear no scrutiny.  They remain in custody despite very real fears for the health and perhaps life of two of the men although no ‘investigation’ is being carried out.

The FSB video footage of officers in full combat gear roughly forcing Bekir Degermendzhy and Asan Chapukh to the ground was widely shown on Russian television.  The arrest of Kazim Ametov and Vedzhie Kashka who had left the other two before the FSB raid would probably also have been shown on TV had it not been for the death of Vedzhie Kashka.  That caused the removal of all video footage, and also prompted efforts in the Russian state-controlled media to muffle any mention of her arrest, claiming only that the detained “Mejlis people had used 82-year-old Vedzhie Kashka as a go-between to receive a bribe.  She died as the result of the stress experienced”.

RIA Novosti and other state-controlled media all wrongly reported the arrest on supposed extortion charges of “members of the Crimean Tatar Mejlis”.

None of the men are members of this self-governing assembly of the main indigenous people of Crimea which Russia has banned, though two – Chapukh and Ametov – are members of regional mejlis bodies.  Degermendzhy and Chapukh are also veterans of the Crimean Tatar national movement and Degermendzhy had also travelled outside Crimea to inform the Council of Europe about the politically motivated persecution of his son Mustafa and Crimean Tatar leader Akhtem Chiygoz, as well as other repression under Russian occupation.  Degermendzhy’s family are not alone in assuming that his arrest and imprisonment are in revenge for this.

Yusuf Aitan, a Turkish citizen who had been friendly with Vedzhie Kashka’s granddaughter had taken seven thousand dollars and had long failed to return it.  Vedzhie Kashka had asked Degermendzhy, Chapukh and Ametov to help her get her money back.  This, the FSB decided to claim, was an attempt at ‘extortion’.

It is not clear whether Yusuf Aitan seized on the idea of contacting the FSB in order to get to keep the Kashka family’s savings, or whether it was the FSB who approached him to manufacture a supposed ‘case’ involving an economic crime. The supposedly agreed return of the money in a restaurant proved to be part of an FSB ‘operation’ and the men were arrested, with Vedzhie Kashka claimed to have been a ‘go-between’.

In any normal situation where there are conflicting accounts about who owns a sum of money, the police carry out an impartial investigation.  Here they chose to believe that the money was Aitan’s and that the men’s action had constituted ‘extortion by an organized group’.  According to lawyer Edem Semedlyaev, Aitan has not once appeared at court hearings, and it seems clear that his role was to provide a pretext for a squalid case.

57-year-old Degermendzhy has very severe chronic asthma, and there are medical documents saying that he should not be in custody.  65-year-old Chapukh had a micro-stroke while already in the appallingly overcrowded and filthy Simferopol SIZO, has lost any control of one arm and is generally in very poor health.  Instead of at very least releasing them under house arrest, the ‘investigators’ on 29 May came up with a new charge against Chapukh of possession of a firearm.

Russia was ordered in April 2017 by the International Court of Justice at the Hague to remove its ban on the Mejlis of the Crimean Tatar people.  It has ignored this, and instead used fabricated criminal charges, hate speech and disinformation to try to discredit the Mejlis.  Treatment tantamount to torture of Crimean Tatars who enjoy great respect in their communities is the most brutal, but by no means the only, method applied.