Flats for Treason in Russian-occupied Crimea 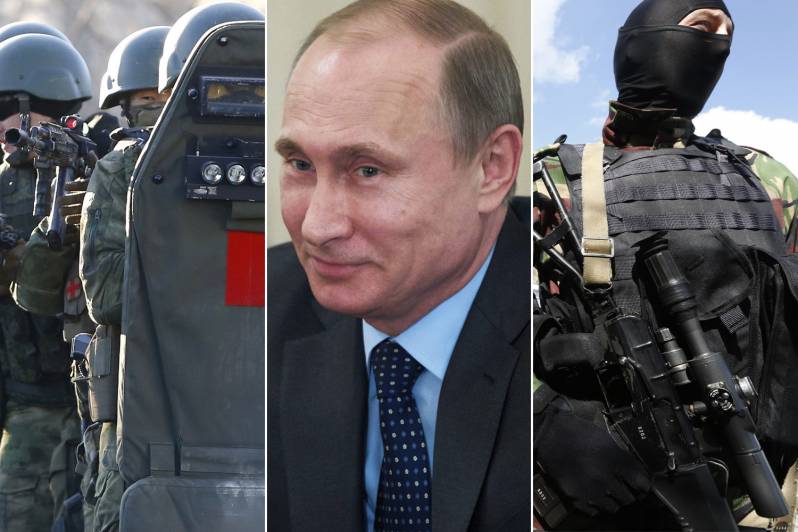 Anybody wondering how repressive regimes find the ‘judges’, ‘prosecutors’ and ‘police’ needed for politically-motivated arrests and trials, should look to Crimea under Russian occupation.  Although Moscow sent in Viktor Palagin and other Russians with a track record in repression to take up top posts in the FSB [security service], it also applied various ‘incentives’ to encourage Crimeans to switch allegiance.  One of the most corrupting of such incentives is housing.

While a sharp hike in property prices after Russia’s invasion and annexation of Crimea made it even harder for ordinary Crimeans to buy flats, many FSB officials and prosecutors got the chance of receiving quality accommodation at the taxpayers’ expense.  In at very least one case, that of turncoat ‘chief prosecutor’ Natalya Poklonskaya, she has not relinquished this flat even though she is now an MP in Russia’s parliament.

Krym.Realii has thus far looked into housing for FSB officers; de facto prosecutors and also as effective payment to Ukrainian military personnel for betraying their oath to serve Ukraine.

Although many Ukrainian SBU [Security Service] officers did leave Crimea after annexation, others switched allegiance and took up posts in the FSB.  They have been rewarded with tax-payer funded flats which, Krym.Realii notes, are in the best parts of Crimea (on the south coast, in the centre of Simferopol, etc).

650 FSB officers received flats in Crimea in 2017, and this year 11 million roubles have been allocated for similar housing purchases.

Poklonskaya seems to have been the only turncoat to have received a flat in 2014, however around 1 million UAH [861 thousand euros) of public funding has now been provided to buy a replacement flat for Poklonskaya’s successor, Oleg Kamshilov and for at least six other officials.

Members of Russia’s Investigative Committee have also been given quality apartments.

There have long been warnings that Russia is seeking to change the demographic situation in Crimea, and to strengthen its position by making sure that prosecutors, etc, are not in a position to leave.

There is another advantage for the occupation regime.  The enforcement bodies are heavily engaged in measures of repression and intimidation in Crimea, with the number of people arrested and imprisoned on politically-motivated charges or for their faith steadily rising.  The Russian occupation regime demands unquestioning implementation. and the fact that refusal to take part in persecution will leave a person homeless likely to be a powerful deterrent.

Serhiy Mokrushin wrote in April 2018 that Russian President Vladimir Putin had issued a decree providing Russian state-funded flats in Crimea to Ukrainian military servicemen who submitted ‘reports, stating they were resigning prior to Russia’s formal annexation on 18 March 2014.

Up to two thirds of the Ukrainian soldiers stationed in Crimea at the time of Russia’s invasion remained in Crimea with their families, with many, if not all, effectively switching armies.  Russia illegally appropriated the flats of those soldiers who had left, and claimed municipal ownership of those flats still occupied by soldiers who did not leave. From the assessment given by Maxim Tymochko from the Ukrainian Helsinki Human Rights Union, it would seem that the occupation regime has essentially just decided to economize by allocating flats stolen from the Ukrainian state to those soldiers who betrayed the oath they swore to serve Ukraine.

Russia is doubtless aware that, as Tymochko stresses, there is particular procedure for resigning from the military.  It has nothing to do with the essentially meaningless ‘resignation’ lodged by those Ukrainians who chose to serve in an invading country’s army.