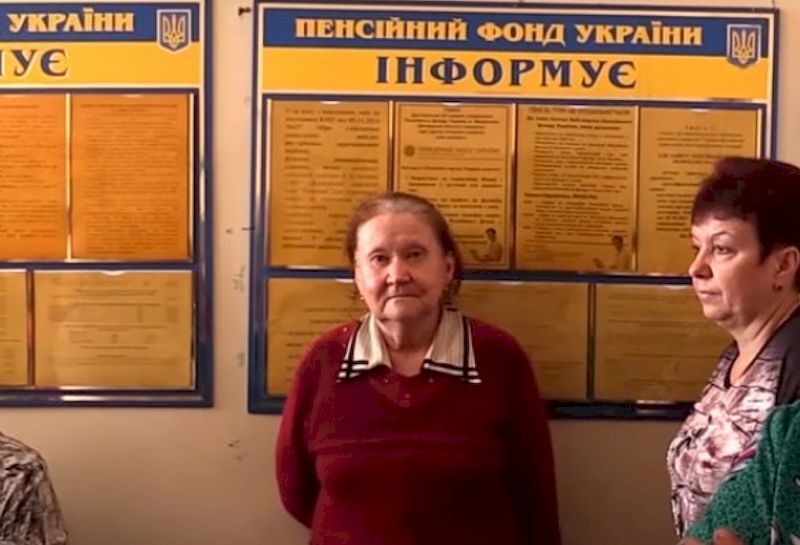 Ukrainians forced to flee their homes in Crimea or Donbas have until recently had to endure ‘verification checks’ before they could receive the pensions to which they were entitled.  That will hopefully now end thanks to both a Supreme Court ruling and a successful legal challenge brought by the Ukrainian Helsinki Human Rights Union against discriminatory Cabinet of Ministers regulations regarding internally displaced persons [IDP].

A Supreme Court judgement on 3 July 2018 found the actions of the Ukrainian Pension Fund in suspending pension payments to be unlawful.  Citing the European Convention on Human Rights, the judges pointed out that a person’s pension is their private property, with suspension of this, except by law, infringing the person’s property rights.

Then on 4 July, the Kyiv Administrative Court of Appeal upheld a judgement issued by the Kyiv District Administrative Court over a year ago, on 26 June 2017.   The latter had abolished Cabinet of Ministers requirements concerning IDP verification, but had been challenged, meaning that the judgement had not been implemented.   Although a cassation appeal is still possible, the judgement came into force on 5 July and will not be frozen again during the period needed to consider any cassation appeal.

For IDP, what this should mean is that social welfare bodies, local self-government and other authorities will no longer have any right to carry out verification checks.

Although there have been restrictions since 2014, the UHHRU challenge appears to have focused on amendments introduced on 8 June 2018.  These imposed mandatory verification procedure before IDP pensioners could receive their pensions or before any IDP could receive social payments.  Social security officials would visit the homes of IDP to check that they really were at their registered place of residence.  If they weren’t, the pensions and / or social payments were suspended.

In this way, the Cabinet of Ministers were denying pensioners their right of movement, etc. and were effectively stealing the pensions of people who had earned them through years of work and contributions.

Some of the situations were truly disturbing.  In December 2017, a Kyiv judge demanded that Ihor Kozlovskyy be summoned to court before she agreed to reinstate his paralyzed son Slava’s pension.  Kozlovskyy had, by that stage, been imprisoned by the Kremlin-backed militants for almost two years.  He was thankfully released as part of a major exchange on 27 December 2017, otherwise the judge who made such an extraordinary demand might still be refusing to pay his son’s disability pension.

The publication News of Donbas has welcomed the moves, but pointed out that they will not necessarily eliminate all the difficulties that IDP encounter in this aspect.  Pensioners will still have to undergo verification in Oshchadbank [Savings Bank].

The Cabinet of Ministers also passed another resolution in May this year which allows for debts in paying out pensions to be repaid through a mechanism that has yet to be devised.

There are around one and a half million Ukrainians who have been displaced either by the war in Donbas, or by Russia’s invasion and annexation of Crimea. The Cabinet of Ministers restrictions have affected very many pensioners whose lives have, as it is, been overturned by the war.

Ukraine’s Representative at the EU, Mykola Tochytsky stated on 10 July that Ukraine is not rejecting the idea of reinstating pension and other social payments to people living on territory which is not under Ukrainian government control.

This has been an area where restrictions imposed by the Ukrainian authorities have been criticised by the UNHCR and other international structures.

In a joint statement at the EU-Ukraine Summit on 9 July, both parties “highlighted  the importance of further facilitating the access and movement of people and humanitarian goods across the line of contact as well as to ensure that Ukrainians living in the area not currently under the control of the Government fully benefit from their rights as citizens of Ukraine”

There have been heated discussions over the last four years as to whether the payment of pensions and social payments to people living on the territory of the Russian-backed and self-styled ‘Donetsk and Luhansk people’s republics’ does not simply help these Russian proxy ‘republics’.  In fact, a survey by the Kalmius Group has just found that over 60% of Ukrainians consider that paying pensions to people living in the so-called ‘republics’ is an acceptable step towards long-awaited peace.

In its reports on the human rights situation in Ukraine since the conflict began, the Officer of the High Commissioner for Human Rights has constantly stressed that “the current system, which links the right to pension with IDP registration has led to a significant reduction in the number of people from armed-group-controlled territory receiving pensions. While 1,278,000 pensioners were registered in this territory in August 2014, 956,000 persons were receiving pensions as of January 2016, and only 504,900 people as of November 2017. While some pensioners residing in territory controlled by armed groups may receive financial assistance from the self-proclaimed ‘republics’, this does not replace their right to a pension, which is both a form of property and a type of social insurance provided exclusively by the State.”