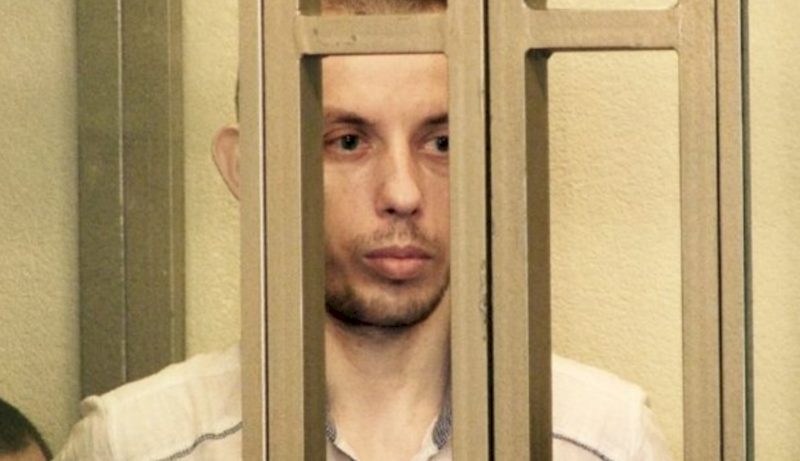 Ruslan Zeytullaev has once again demonstrated the courage he showed during Russia’s fabricated ‘trial’ of him and three other Crimean Muslims by refusing to give testimony against one of the latest Crimean political prisoners.  Zeytullaev’s lawyer Emil Kurbedinov notes that Russia has now started gathering ‘testimony’ from prisoners because there are so many ways of putting pressure on them.   There is alarming scope, he notes, since the men are alone, without access to their lawyers, and recalls the harrowing accounts of torture that have come out of Russian prisons over the last weeks.

FSB officials turned up at the prison in Bashkortostan (Bashkiria) where Zeytullaev is illegally held, and demanded that he give testimony against Enver Seitosmanov, who was arrested in Sevastopol on 10 May, 2018.  He was told that if he refused, they would initiate criminal charges against him for ‘refusal to provide testimony’.  Zeytullaev refused, citing Article 51 of Russia’s Constitution that says that no one shall be obliged to give evidence against him/herself.  He maintained his stand even when the FSB drew up a protocol recording his refusal in the presence of ‘witnesses’, who Kurbedinov assumes were also enforcement officers.

It remains to be seen whether the FSB tries to push this further. They are on weak ground, now that Zeytullaev has informed Kurbedinov, since the attempt to extract testimony was made without his lawyer being present.  Kurbedinov confirms that Zeytullaev was quite justified in citing Article 51.  Seytosmanov is accused of involvement in the same organization (Hizb ut-Tahrir) as the four Sevastopol Crimean Tatars arrested in early 2015: Zeytullaev; Nuri Primov (who is Seytosmanov’s cousin); Ferat Saifullaev and Rustem Vaitov.  Any testimony demanded of Zeytullaev or the other men must indirectly touch on them.

Zeytullaev, who is now 32, was arrested together with Rustem Vaitov and Nuri (Yuri) Primov on January 23, 2015, with Ferat Saifullaev taken prisoner in April that year.  All were held in custody far from their families, and there were gross irregularities even during the detention hearings.  There were overt attempts to intimidate people coming to the detention hearings to show solidarity, with a police officer even wandering around videoing those present.

The charges were obviously flawed and based only on a ‘kitchen chat’ (details here), on the testimony of a former SBU officer who switched allegiance to Russia and to a secret and highly questionable ‘witness.  The case was so flagrantly flawed that even the first Russian judges from the Rostov Military Court showed a glimmer of integrity. Although they lacked the courage to acquit the men, they sentenced Saifullaev. Vaitov and Primov to the minimum 5 years possible under the article of the criminal code, and reclassified the charge against Zeytullaev to ‘involvement’, sentencing him to ‘only’ seven years.

This, however, did not suit the FSB which has a standard format for its multiple ‘Hizb ut-Tahrir cases’, and needs to have an ‘organizer’.  Kurbedinov, warned shortly after the sentence was challenged as too ‘light’ that the FSB would not tolerate deviation from their storyline, since that would raise too many questions about their ‘case’.  If there was no leader on this occasion, what would they do about the other three men facing even longer sentences as the supposed organizers of other Hizb ut-Tahrir groups?

The conviction of Zeytullaev was overturned, and the case sent back for a ‘retrial’.  This was identical to the first, with all the flaws and lack of evidence, but the second court proved more compliant, though still sentenced Zeytullaev to 12 years, not the 17 demanded by the prosecution.  The prosecutor  challenged that ruling as well and on July 27, 2017, Russia’s Supreme Court added three years to the sentence.

The prison in Bashkortostan to which Zeytullaev was sent has a very bad reputation and is, most importantly, two and a half thousand kilometres from his wife and three small daughters.  In the scale of the violations against Ukrainian political prisoners, distance from home may not be the worst, but it is still in direct breach of a European Court of Human Rights judgement (Polyakova v. Russia and two others).

It means that, if enough pressure cannot be put on Russia to end this persecution, Zeytullaev’s three daughters - Sabriye,  Mumine, and Nuriye – may not see their father for many years.  Meryem Zeytullaeva was hoping to visit her husband in February this year, and it is poignantly clear from the video here how hard it is for the older girls who most intensely remember and miss their father.

Ruslan has asked for letters which are a vital lifeline for him and for the other political prisoners. It is doubtless dangerous for other Crimean Tatars in occupied Crimea, who are under constant surveillance to write such letters, which makes it all the more important that the men receive our letters and that Moscow sees that they are not forgotten..

Letters need to be in Russian, and on ‘safe’ subjects.  If that is a problem, use the crib letter below, perhaps adding a picture or photo.  It is good to enclose thin paper and an envelope, giving your address clearly in case he is able to reply.  It is important to give each man’s name in full, and their year of birth (as below).

YURI PRIMOV  (best to use this Russified version of his name)