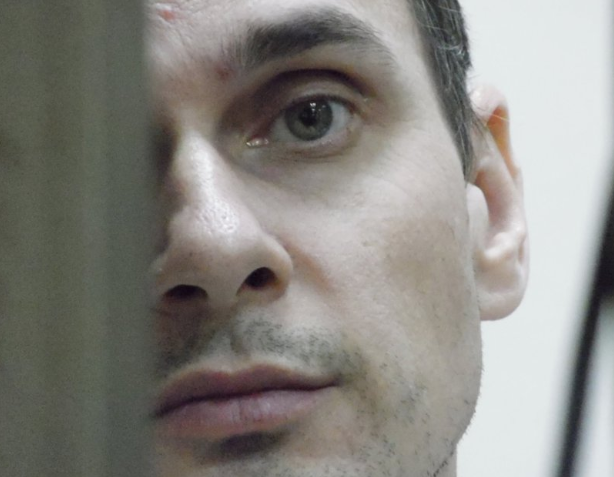 It is 110 days since Ukrainian filmmaker Oleg Sentsov began his hunger strike and over four years since the European Court of Human Rights gave his application ‘priority’ status.  Pavel Chikov, one of the lawyers representing Sentsov at the Court in Strasbourg, believes that the Court is taking so long to consider his case because it does not want to address the issue of Russia’s annexation of Crimea,  Pavel Chikov says that there is no point in expecting a judgement in less than a year and that they are somewhere “in the middle” of the process.  In fact, even a year seems optimistic as there is no sign of movement at all.

Four years is not necessarily a long time for the Court, which has a large backlog of cases, however Sentsov’s case was given priority status back in 2014.  It is now even more critical given that Sentsov has been on hunger strike since 14 May,  with one demand: the release of all Russia’s Ukrainian political prisoners.

Two months ago, the Court reacted swiftly, if essentially at the level of ‘deep concern’, to a separate application from the lawyers aimed at ensuring that Russia did not apply force-feeding and did ensure proper treatment.  The Court called on Sentsov to end the hunger strike and on Russia to provide him with proper medical care.  Sentsov rejected the plea and passed on his greetings to ECHR, pointing out that the Court had been sitting on his supposedly priority-rated application for four years.

Chikov, who is head of Agora (the Russian Inter-regional Association of Human Rights Organizations) explains that they filed the application on Sentsov’s behalf soon after his arrest on May 10, 2014.  This was later supplemented by complaints from two of the other opponents of Russian annexation arrested that same month: civic activist Oleksandr Kolchenko, who was ‘tried’ together with Sentsov, and Gennady Afanasyev.

Asked on Hromadske Radio why ECHR is taking its time with the case, Chikov suggested that the issue cannot be resolved without addressing the issue of Crimea’s legal status. The Sentsov case is very complex, he says, and unquestionably political.

“It concerns the legal status of Crimea which arouses very serious discussion within the Council of Europe and European Court of Human Rights.  The European Court is evidently unwilling to raise the issue and give its assessment.”

He goes on to note that the Court often prefers to consider cases involving serious political issues after “everybody’s calmed down”, and suggests that the Court’s judgement on Crimea’s legal status will “complicate relations, either with Ukraine, or with Russia”.

It is not quite clear what conclusion in this case could annoy Ukraine.  Those who try to call Crimea ‘disputed territory’ forget that Russia’s illegal occupation of Crimea has been condemned by all international bodies, including the UN General Assembly and that the International Criminal Court has stated unambiguously that Russia’s occupation of Crimea constitutes an international armed conflict.  It is difficult to imagine how the Court could not find that Crimea was illegally occupied territory.  It is equally inconceivable that it would not decide that Sentsov’s rights under several articles of the European Convention on Human Rights had been violated.

All of this is politically sensitive, of course, especially given Russia’s threats to walk out of the Parliamentary Assembly of the Council of Europe and of the European Court of Human Rights.

Impossible not to agree with Chikov that the Court’s delaying tactics do not cast them in a good light.  While it is not at all guaranteed that Sentsov would be released merely on the basis of an ECHR judgement,  the lack of such a judgement helps Russia continue lying both about the charges against him, and about the fact that he has only Ukrainian citizenship.

The same lack of progress is, in fact, seen with all cases involving Ukrainian political prisoners held in Russia or occupied Crimea, though most, if not all, do not have priority status.

Sentsov was imprisoned, together with three other opponents of Russia’s invasion and annexation of Crimea, in May 2014.   All four men were held incommunicado for up to three weeks, first in Simferopol (Crimea), then in Moscow, before the ‘confessions’ of two of the men: Gennady Afanasyev and Oleksiy Chyrniy were shown on Russian TV at the end of May.  Both Sentsov and civic activist Oleksandr Kolchenko have consistently denied all the charges, and have also spoken of the torture they were subjected to.  Sentsov, in particular, stated from the outset that the FSB had told him that if he didn’t ‘confess’, he would be made the ‘mastermind’ of a terrorist plot and get 20 years. Afanasyev found the courage during the ‘trial’ of Sentsov and Kolchenko to retract all his testimony, saying it had been given under torture.

It is not known what exactly the application holds, but the number of obvious violations of the European Convention is very long.

Sentsov has been incarcerated since May 10, 2014, although the charges against him were not proven, and did not, in any case, constitute ‘terrorism’.

There are very strong grounds for believing the allegations of three of the men that they were subjected to torture, and Russia has also failed to carry out a proper examination.

He and the other men were prevented from seeing lawyers during the first weeks, and there are multiple other violations of their right to a fair trial.

He and Kolchenko are both held vast distances from their family and homes, despite an unequivocal ECHR judgement on this very issue.  Both men are being deprived of their rights under Ukrainian and international law because Russia insists that the men ‘automatically’ received Russian citizenship.

There is no international body or democratic country that has not publicly condemned the men’s politically-motivated persecution.

See also:  100th day on hunger strike: The West has levers it could use to make Russia free Oleg Sentsov

Please also write letters to Oleg and Oleksandr (Sasha) Kolchenko!  Even if the letters are withheld, they are an important message to the Kremlin and need to keep coming.