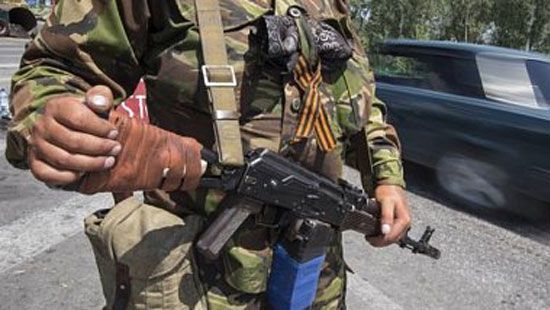 The self-proclaimed ‘Donetsk people’s republic’ [DPR] has banned virtually all material published by the Jehovah’s Witnesses, claiming it to be ‘extremist’.   The information posted on the site of the so-called ‘DPR Supreme Court’ says that the decision was taken by a panel of ‘judges’ on 22 August 2018, in response to a request from the so-called ‘DPR Prosecutor General’.  Any possibility of lodging an appeal would seem to have been purely formal since the website reported on 31 August that the ban had now come into force.

As well as a large number of specific issues of the Watchtower journal, the so-called ‘court’ has declared the Russian version of the book What does the Bible really teach? ‘extremist’.   There is nothing to indicate that any attempt was made to explain what they found ‘extremist’ in that work.  In July 2017, however, ‘DPR’ declared a small number of printed materials ‘extremist’, claiming that they aroused enmity on religious grounds and propagandized the superiority of the Jehovah’s Witnesses over other faiths.

Although, unlike in the other Russian-controlled proxy republic – the ‘Luhansk people’s republic’ [LPR], there does not yet seem to be a formal ban on the Jehovah’s Witnesses as a faith, it is now forbidden to circulate any information or the address of the JW website  https://jw.org.  It was also announced in August that a bill is to be passed envisaging the banning of religious organizations which ‘DPR’ decide to label ‘sects’, with this almost certain to include the Jehovah’s Witnesses.

In a recent report, the Office of the United Nations High Commissioner for Human Rights mentioned that the lack of registration leaves the Jehovah’s Witnesses vulnerable to infringements of their right to freely practise their faith. Up till that report from 16 November 2017 to 15 February 2018, OHCHR was aware of 14 cases in either ‘DPR’ or ‘LPR’ where Jehovah’s Witnesses’ Kingdom Halls had been seized by the militants.

The situation is even more openly repressive in ‘LPR’.  In February 2018, the so-called ‘LPR parliament passed several ‘laws’, including one aimed at hunting down and prohibiting so-called extremism in religious or political organizations, as well as in the media.   One of these banned the Jehovah’s Witnesses and other faiths which were described as ‘religious groups’.  The latter term was defined as being organizations with five people (presumably meaning at least that number) which “do not have a direct relation to any of the traditional faiths”.  On 28 August 2017, they claimed that the Jehovah’s Witnesses were helping Ukraine’s Security Service [SBU] and “neo-Nazi groups”.  An investigative search had supposedly established not only that the Jehovah’s Witnesses in Luhansk and Alchevsk were in breach of ‘LPR law’, but that they were probably “agents of influence of the Ukrainian Security Service”.  It was asserted that the search carried out had found agitational material containing Nazi symbols, as well as leaflets calling for cooperation with the SBU.  Leaflets from the SBU and the Azov Civic Corps, it was claimed, had previously been pasted around Alchevsk.

The Jehovah’s Witnesses shun any involvement in politics and faced persecution, among others, from the Nazi and Soviet regimes for their refusal to take up arms in any form.

All of this come amid mounting persecution of Jehovah’s Witnesses in Russia since the Russian Supreme Court followed the USSR’s legacy of repression by banning this faith as ‘extremist’ on 20 April 2017.

The number of Witnesses facing persecution stands at 53 in August 2018, with at least half that number in detention, merely for practising their faith (details here).