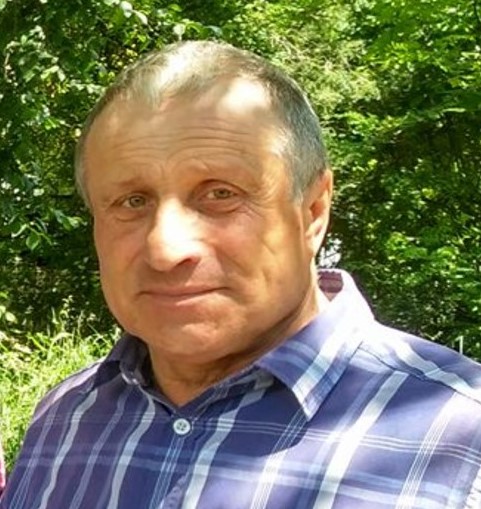 A year after Ukrainian journalist Mykola Semena received a two and a half year suspended sentence for an article opposing Russia’s occupation of Crimea, the 68-year-old is unable to receive acutely needed medical treatment for heart and spinal issues in Kyiv without special permission.

Earlier attempts to get such permission have been turned down, and there is concern that the grave repercussions for Semena’s health will again be ignored. . Ukraine’s Human Rights Ombudsman Ludmila Denisova and the National Union of Journalists have both asked the OSCE Representative on Freedom of the Media Harlem Désir to intercede on Semena’s behalf, with Denisova also calling on her Russian counterpart Tatyana Moskalkova to help enable Semena to leave for mainland Ukraine.  The renowned journalist cannot receive the level of treatment he requires in Crimea, and has a formal invitation inviting him to receive hospital care at the Romadanov Institute of Neurosurgery in Kyiv.  Semena’s difficulties in Crimea are further exacerbated by the fact that he has been banned from working as a journalist.  Long before the sentence, he was also placed on Russia’s notorious ’List of Terrorists and Extremists.’. This placed added restrictions on even his use of a bank.

Semena is one of three Ukrainians living in Crimea ( to have been charged and convicted under an article of Russia’s criminal code introduced shortly after its invasion and annexation of Crimea. Article 280.1 punishes for something termed ‘public calls to action aimed at violating Russia’s territorial integrity’.  Russia has, as feared, used this norm as a weapon against those criticizing its Crimean land-grab, and Semena, Crimean Tatar Mejlis leader Ilmi Umerov and Crimean Tatar activist Suleyman Kadyrov were all prosecuted for expressing the same view on Russia’s occupation of Crimea as that held by the UN General Assembly, all international structures and democratic states.

Russia’s attempt to call opposition to its occupation of Crimea a ‘violation of Russia’s territorial integrity’ is especially absurd given that Russia has accepted that Crimea is Ukrainian territory in numerous international agreements from which it has not withdrawn.

The two and a half year suspended sentence against Semena was passed on 22 September 2017 by Nadezhda Igorevna Shkolnaya from the Zheleznodorozhny Court.

In his final address to the ‘court’ just before the September ruling, Semena said that his conviction would not just be that of one Ukrainian journalist, but a  sentence against all journalism in Russia.  He expressed bemusement over the prosecution for a text where it was stated three times that this was an opinion piece.

Semena’s prosecution and conviction were internationally condemned.  The distinguished journalist and writer was recipient of the Pavel Sheremet Journalism Award for 2016 and was one of three laureates (together with Ukrainian political prisoners Oleg Sentsov and Roman Sushchenko) of Andrei Sakharov Award for Courage in January 2018.