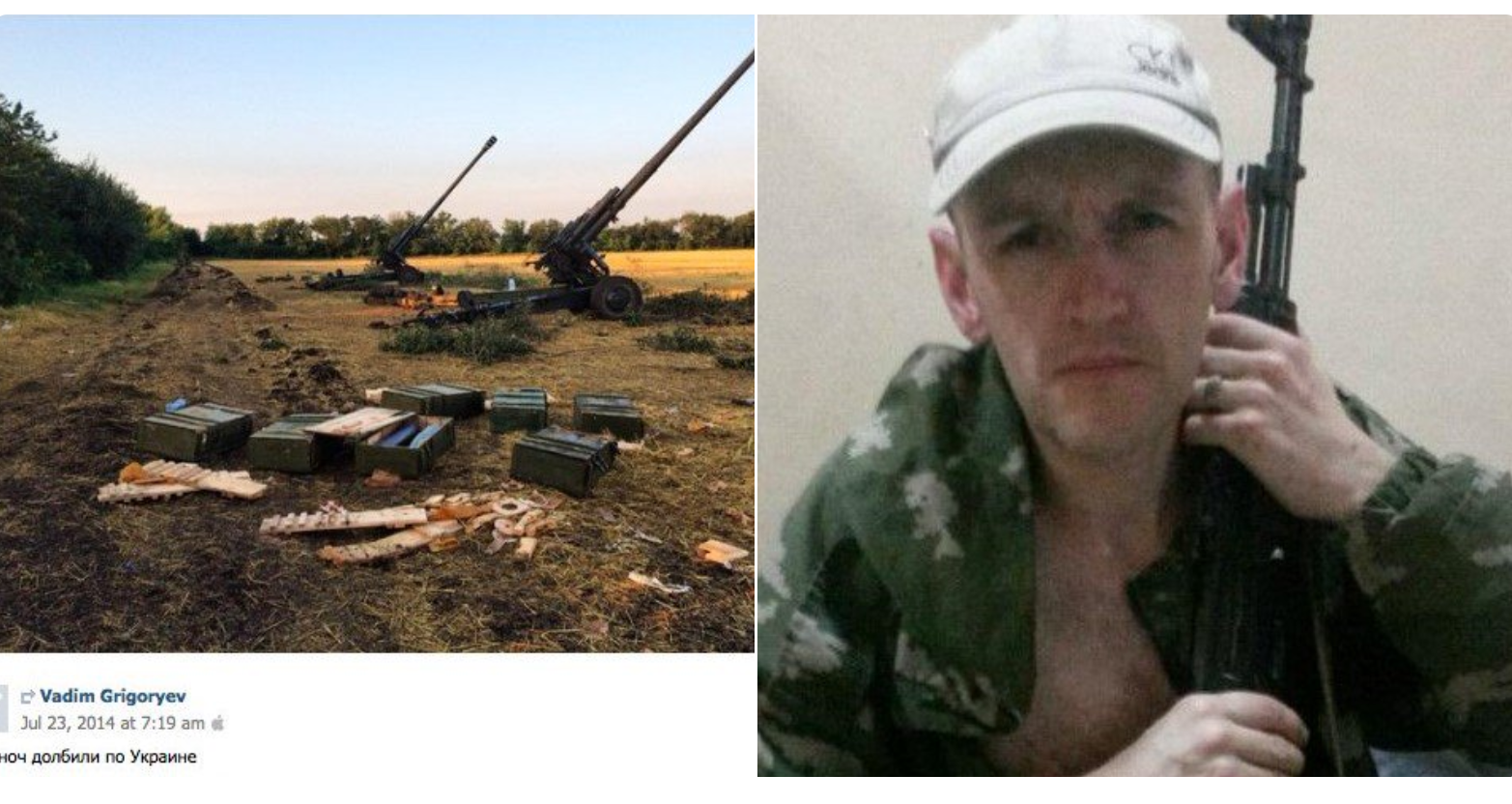 Russia’s government has introduced a draft bill which will ban military personnel from publishing any information in the media or Internet that reveals their or other soldiers’ location or activities.  The move is doubtless linked with the amount of proof of Russia’s direct part in the downing of Malaysian airliner MH17 and of its military involvement in Ukraine and Syria, revealed by soldiers on their social media pages. This material can and will be used in Ukraine’s current case against Russia at the UN’s International Court of Justice and future proceedings at the International Criminal Court.

As reported earlier, Russia’s Defence Ministry has long wanted such a bill, and had already brought in measures ‘of a recommendatory nature’ to stop soldiers revealing too much.

Draft Law № 546450-7 was tabled on 11 September in the State Duma, as amendments to the Law on the Status of Military Servicepeople.  The bill proposes to prohibit soldiers from posting any photos; videos; geotags, and other data which would reveal the nature of their activities; the activities of their military units and their position.

The explanatory note does not once mention Ukraine, but does refer to the deployment of military personnel in Syria. It states that “military servicemen are of particular interest to the security services of certain countries, terrorist and extremist organizations. Information posted by military servicemen on the Internet or mass media is used for information or psychological influence, as well, in particular cases, to form a biased assessment of the Russian Federation’s state policy”.   The note also mentions foreign national military servicepeople.

Infringement of the ban would, at the decision of the person’s commander, result in disciplinary measures, and could, in the case of contract soldiers, result in their dismissal.

The Defence Ministry’s earlier advice to soldiers included suggesting that they tell their relatives to not circulate information about their military activities.  It also warned them that material on the Internet cannot be fully deleted.

It is possible that foreign experience really was, as the explanatory note asserts, taken into account when drawing up this bill.  There are situations where thoughtless posts on social networks revealing a military unit’s location could put them in danger of attack.

There are, however, other reasons for secrecy, just as there were for Russian President Vladimir Putin’s decree of May 28, 2015, classifying as secret information about military losses in peacetime.

Russia is continuing to deny its military engagement in Ukraine and that it was a Russian Buk missile that downed MH17 over territory controlled by Kremlin-armed, manned and funded militants on July 17, 2014.

One major source of information refuting such denials has been social media posts which enabled Bellingcat to track the route of the Buk missile from Russia to Snizhne in militant-controlled Ukraine and then, very swiftly, back again across the border into Russia.   Such findings, together with other proof, were used by the Joint Investigation Team which on 24 May 2018 published its conclusions which found that “the Buk missile which downed Malaysian airliner MH17 on 17 July 2014 came from the 53rd Anti-Aircraft Missile brigade which is a unit of the Russian army from Kursk in the Russian Federation”.

Social media pages have revealed a wealth of information about Russian soldiers in Donbas.  This included, for example, proof that President Putin had Putin had given a state award to Alexander Minakov for his role in the battle for Debaltseve in the Donetsk oblast in February 2015.  The fighting to capture that government-controlled city continued after Putin agreed a ceasefire as part of the Minsk II Agreement on February 12, 2015.  Journalists from the Citizens Intelligence Team extensively used information divulged via social media for their conclusions about Russia’s military role in the battle and that it was Putin himself who ordered the offensive.

It remains unclear why the prosecution changed the indictment against Ageyev, removing mention of his being a Russian soldier, even though he and his mother had long stated this, Russia had gone to the trouble of tampering with his social media page, and more.  It is possible that this was a condition for the major release of prisoners of war and civilian hostages on 27 December 2017.

Such selfies were used by the United Kingdom’s public prosecutor as evidence that Ben Stimson had taken part in the fighting in Donbas on the side of the Russian-backed militants.  Stimson was sentenced in July 2017 to five and a half years’ imprisonment on terrorist charges.

Russia’s imposition of secrecy over details about military losses and clear use of other methods of persuading relatives to remain silent has had its effect.  The revelations about a huge number of Pskov paratroopers killed in Donbas in August 2014, about other deaths and about attempts to hush them up have seldom reached the public realm since 2014.

The new bill is not strictly relevant here since it will not directly cover the families of dead servicemen. The events after the first revelations do, however, show why Moscow would have understood then that both the media and social media needed to be silenced.  Novaya Gazeta explained that the wife of Leonid Kichatkin had reported his death on Aug 22, 2014 on VKontakte.  By the next day Leonid’s page had disappeared, and when Novaya rang the number that had been given, the woman who was supposedly Leonid Kichatkin’s wife insisted that her husband was alive, well and right next to her.  A man then took the phone and confirmed that he was Kichatkin. The Novaya journalist found Leonid Kichatkin’s newly dug grave in the Vybuty cemetery outside Pskov.  The photo is that seen on his wife’s VKontakte page  (more details here).

In April 2017, Valentina Melnykova, Head of the Union of Russian Soldiers’ Mothers Committees, said that she believed that no less than 1500 Russian military servicemen had died in Donbas, but that this was the first war she was aware of where the families of young men killed were not approaching the committees for help.  Although she assumed that the explanation lay in the ‘insurance’ payments the families got, she did acknowledges that it was hard to understand “why Russian families agreed so easily to this silence, to this anonymity”.

While the law, when passed, may make it harder to track Russia’s hybrid warfare in the future, the evidence amassed over the last four and a half years remains, and is already damning.