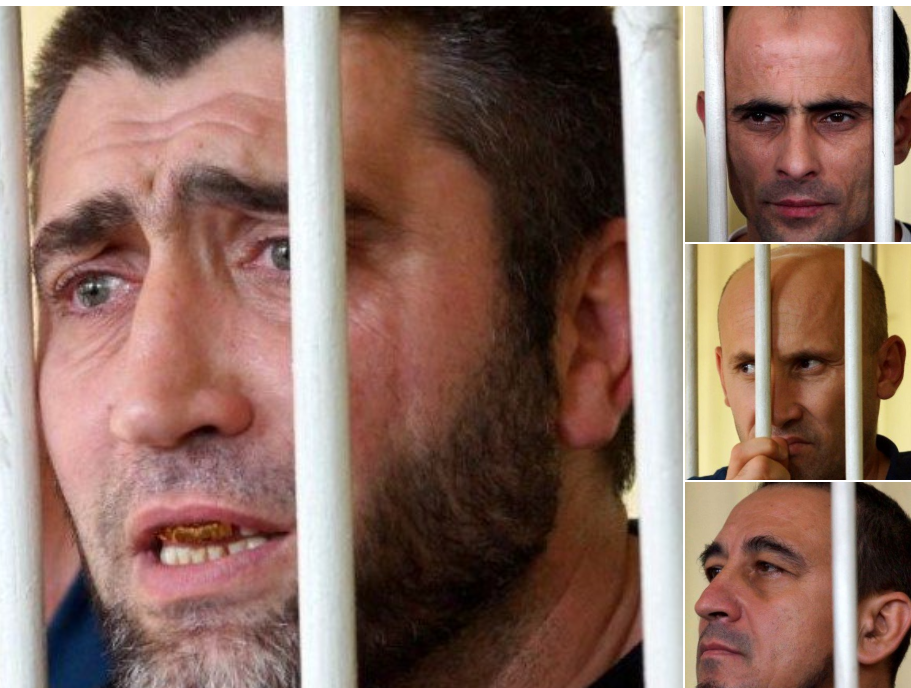 The authoritative Memorial Human Rights Centre has declared four Crimean Tatars from Bakhchysarai to be political prisoners and pointed out that they have been deprived of their liberty without any elements of a crime.

The men’s ‘trial’, now underway in Rostov is as flawed as the charges, with the Russian prosecutor having clearly opted for bulk to try to conceal the lack of any real evidence, or even sensible charges against the men.  During the court hearing on 24 September, he simply went silent when asked by the defence to explain what relevance a brochure on the health benefits of black seed oil or a list of Muslim women’s names could have to the indictment.

All of this would be comical were there any realistic chance that the court in Rostov would refuse to allow serious charges to be backed merely by irrelevant documents and an array of ‘secret witnesses’ who parrot the indictment, while being unable to answer the simplest of counter-questions from the defence.

The four Ukrainians -  Enver Mamutov; Rustem Abiltarov; Zevri Abseitov and Remzi Memetov - have been in custody since 12 May 2016, with the charges essentially all about unproven ‘involvement’ in the peaceful pan-Islamist Hizb ut-Tahrir organization which is legal in Ukraine. Russia declared the organization ‘terrorist’ and regularly sentences men to huge sentences (up to life imprisonment) for such alleged involvement in it, although it has never given an adequate reason for prohibiting as ‘terrorist’ an organization not known to have committed any act of terrorism anywhere in the world.

These are widely acknowledged to be conveyor belt prosecutions in which one man, in this case, Mamutov, is designated the more serious charge of ‘organizing a Hizb ut-Tahrir’ group (under Article 205.5 § 1 of Russia’s criminal code), which could carry a life sentence, while the others are accused merely of involvement in that group (under Article 205.5 § 2 – from 10 to 20 years’ imprisonment).

Long after the men’s arrest, new charges were brought against them, and others in analogous cases.  The four Crimean Tatars from Bakhchysarai, all practising Muslims and fathers of at least two children, are supposed to having been planning to violently seize power (Article 278).  As Memorial HRC points out, this new charge “is based solely on the fact that Hizb ut-Tahrir strategy envisages in some undefined future “the replacement of non-Islamic governments by Islamic”.

The searches of the men’s homes found no weapons or similar to justify such a charge.

‘Hizb ut-Tahrir’ prosecutions are known to bring professional advancement to the FSB officers who run them, who are able to claim success in ‘fighting terrorism’ with maximum results after minimum effort.  There is no need to look for actual terrorists, nor to try to avert real acts of terrorism.  All that is required, quite literally, is to provide a semblance of proof that the defendants are in such way involved in Hizb ut-Tahrir.

Such ‘proof’ in the ‘trials’ of Crimean Muslims has included the claim that a word, originally from Arabic but commonly heard in Crimean Tatar is only used by people linked with Hizb ut-Tahrir, as well as illicitly taped and scarcely audible conversations in which Islam is discussed.

The most disturbing aspect, however, is the use of secret witnesses, whose identity is concealed from the lawyers and who gives testimony from another room, almost certainly receiving prompts as to what to answer or, at very least, being able to check what they said earlier.

The first such ‘witness’ on 24 September, with the pseudonym Pavel Krasnov, claimed that he had been to see Zevri Abseitov at the latter’s dentist’s surgery, and that afterwards the two men had gone together to a café where Abseitov had told him that he was involved in Hizb ut-Tahrir.  When questioned, the man gave a completely wrong description of Abseitov’s office.  He was equally unable to describe the café that he claimed the men had visited together.  The defence therefore demanded that this ‘testimony’ be excluded from the case.

The second ‘witness’, referred to as R. Asanov, was questioned on 25 September.  He gave extremely contradictory testimony, claiming at first that he had been at just one or two meetings, then that he had attended many over five months.  There were a huge number of procedural irregularities that the defence have objected to, though perhaps the most telling detail concerns new ‘testimony’ not presented in his original questioning.

As mentioned, the new charge of ‘attempting a violent seizure of power’ was only laid in 2017, a long time after ‘Asanov’ gave that first testimony.  In the first protocol, there is nothing at all to justify such charges, yet on 25 September, he came out with damning assertions.  He claimed, for example, that the participants in the meetings in Mamutov’s garage had spoken of the need to build an Islamic state in Crimea through the deployment of an Islamic army made up of members of Hizb ut-Tahrir.  Such allegations sound as though they have been synchronized with the indictment, while having absolutely nothing to do with the aims of Hizb ut-Tahrir, which rejects violent methods.

In fact, Mamutov and the other men believe that this ‘secret witness’ is Konstantin Alexeev,  who had told them that he was hiding from the authorities in one of the Baltic republics and who did not have any legal status in Crimea.  That alone would give Russia’s FSB plenty of leverage for pressure on the man to provide the information they wanted.  Mamutov’s lawyer Emil Kurbedinov states that the ‘witness’ admitted that nobody had threatened him, essentially confirming that the reason for the secrecy is to prevent his testimony being disproven by a large number of witnesses.

It is noticeable that where asked specific questions, these ‘witnesses’ were unable to give any details of illegal actions, and talked only about studying Islamic literature which, even under Russia’s repressive legislation in not illegal.

Memorial’s grounds for considering all the men political prisoners

Russia began persecuting Crimean Muslims on ‘Hizb ut-Tahrir charges’ in January 2015, and there are now over 30 Ukrainians either convicted and imprisoned in Russia or still in detention in Crimea.  Memorial HTC considers all those convicted of ‘terrorism’ merely on the basis of supposed involvement in Hizb ut-Tahrir to be political prisoners, so its statement here is similar to those made over the conviction of four Crimean Tatars from Sevastopol and the ongoing ‘trial’ of human rights activist Emir-Usein Kuku and five other men from the Yalta region.

There are no grounds for the terrorism’ charges at all, and the Russian Supreme Court decision to ban Hizb ut-Tahrir gave no credible reason for doing so.

The situation in Crimea is specific in that this is occupied territory on which Russia has no right to impose its legislation.  Memorial HRC stresses that Hizb ut-Tahrir is legal in Ukraine.

There is absolutely no evidence that any of the men ever committed any crime at all, with the cases involving mass irregularities which are ignored by the court.

“In the four years since annexation, the Russian authorities have launched major persecution of members of Hizb ut-Tahrir in Crimea and Sevastopol.  The Russian enforcement officers  have targeted the historically non-loyal group - Crimean Tatars (with few exceptions, all those arrested on charges of involvement in Hizb ut-Tahrir are from this ethnic group).  Strengthening their power in the region is achieved both through arrests, and through dozens of searches of homes and mosques, interrogation of people living in the region.”