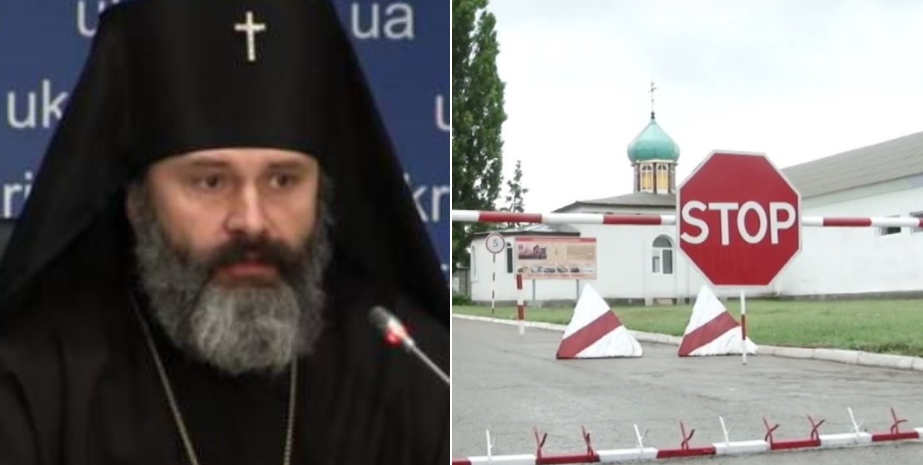 The Ukrainian Orthodox Church of the Kyiv Patriarchate has faced open attempts to drive it out of Crimea or underground since Russia’s invasion in 2014, and moves now underway to grant Ukraine’s Church autocephaly may intensify repressive measures.  In giving this sombre assessment at a press conference on October 9, Archbishop Kliment , the Head of the Church in Crimea, explained that up till now the Russian occupation regime has been at least somewhat restrained in its offensive out of fear that this could provoke measures from the Ukrainian authorities with respect to the Orthodox Church under the Moscow Patriarchate.  With the Russian Orthodox Church having reacted very angrily to Constantinople’s apparent willingness to grant autocephaly, or autonomous status, and Russian state propaganda media full of dire warnings of imminent bloodshed as a result, the Church in Crimea is likely to find itself in an even more vulnerable position.

It was the Ukrainian Church under the Kyiv Patriarchate [UOC KP] that first came under fire following annexation, not least because of its openly pro-Ukrainian position and its public statement on 11 March 2014 condemning Russian occupation of Crimea.    That position made it inconceivable that the Church would agree to re-register under Russian legislation and enter into an agreement with the Russian Defence Ministry (over church premises in Sevastopol ‘handed over’ to that ministry).  Lack of such registration has given Russia weapons to use in depriving the Church and believers of their places of worship and of other rights. Other methods have also been used,  including the threat of physical reprisals by the armed paramilitaries, especially in 2014, vulnerability over the  lack of Russian citizenship and also economic intimidation.  There have been threats, for example, against those businesspeople who provided premises for the Church to use, with this a reason why many religious communities have lost their places of worship.

The situation for the Ukrainian Orthodox Church under the Kyiv Patriarchate was difficult in Crimea even before 2014, but it sharply deteriorated under Russian occupation.  In just the first year, 38 out of 46 parishes ceased to exist, and in at very least three cases, churches were seized by the occupation regime:  in Sevastopol; Simferopol and in the village of Perevalne.

Archbishop Klyment  explains that of 25 priests in 2014, there are now only five (or possibly four, since the numbers don’t add up).  There had been nine until this summer, however five left for mainland Ukraine after a number of searches of the homes of members of the Ukrainian Cultural Centre and after it became clear that the lack of a Russian passport was likely to be used against them.  The remaining clergy try as far as is possible to continue services, sometimes helped by priests who come for one or two days from mainland Ukraine.

The services are always held in Ukrainian and the Archbishop has long spoken of the important role the Church has played in remaining a place where people come to hear and speak Ukrainian.

Asked about the number of believers, Klyment  noted that he does not think that this has significantly fallen.  While many did leave for mainland Ukraine, others have begun coming, for whom Ukraine remains their homeland.  Interestingly, among those who attend services are Russian speakers who are not necessarily ethnic Ukrainians, but who continue to identify themselves as Ukrainian.

As mentioned, the Church has refused, on principle, to re-register under Russian legislation, which would require adding words to its association papers  claiming that Crimea is part of Russia.

Lack of such registration has meant that the Church is not considered to be a legal entity at all, with this also used as a method of plundering Church property.

The Church, helped by lawyers from the Ukrainian Helsinki Human Rights Union and the Regional Centre for Human Rights, is currently involved in four legal suits with Russia:  two directly against the Ministry of Defence, although all four appear to be over property that has been illegally appropriated.

On that day Russian enforcement officers and bailiffs, many of them masked, burst their way in, blocking the entire premises and using force against Archbishop Klyment , injuring his arm.

Bailiffs forced their way onto the territory of the Cathedral at 10 a.m. on August 31,damaging property on the ground floor, and the doors to the altar on the first floor.  They removed a cross, church chalices, rare icons and some items of porcelain and crystal that had been given to the Church, as well as rugs.  No inventory was made of the items and Archbishop Klyment  was not given any document to sign.

The battle to seize control of the Cathedral of Vladimir and Olga began soon after Russia’s invasion.  Klyment  has since said that he was initially offered 200 thousand dollars to give the Cathedral up.  Then in January 2016, the Russian-controlled Crimean Arbitration Court issued a ruling ordering the Church to vacate 112 m²  of the premises (the ground floor) and to pay a prohibitive half a million roubles,  which were claimed to be for communal services.

Archbishop Klyment  has been tireless in his defence of political prisoners and in reporting human rights violations.  As well as the ill-treatment during the shocking plundering described above, he has also been detained once, on Oct 19. 2016 as he was returning from mainland Ukraine and held for an hour.  No explanation was given, but the incident came just a week after he had addressed an urgent plea to international bodies to “take decisive measures to protect fundamental rights of Ukrainians in Crimea”.  He noted then that the situation was worryingly similar to Russia’s original detention, then ban on entering their homeland of Crimean Tatar leaders Mustafa Dzhemilev and Refat Chubarov.

Klyment  was also, until recently, political prisoner Volodymyr Balukh’s civic defender.  He reports that after 200 days of total or near total hunger strike, he was appalled at how weak and drained Balukh seems.  He reports that Balukh has, thankfully, agreed to suspend his hunger strike during the gruelling journey to the prison to serve a politically motivated 4 year and 11 month sentence.  The Archbishop has just seen Yevhen Panov as well, and is negotiating permission to visit other political prisoners.

One particularly disturbing detail with respect to Balukh is that the Archbishop ran into a brick wall when trying to organize Balukh’s examination by a doctor.  All of those whom he approached refused to go to the SIZO [remand prison] explaining that they were afraid of being fired from their jobs.

Russia is holding around 70 Ukrainian political prisoners either in Crimea or Russia.  In Crimea, they are held in the Simferopol SIZO where the conditions are tantamount to torture, and where the men are essentially deprived of proper medical treatment.

The International Court of Justice is currently considering two suits brought by Ukraine against Russia, over violation of the International Convention for the Suppression of the Financing of Terrorism and the International Convention on the Elimination of All Forms of Racial Discrimination, with the second specifically over treatment of Crimean Tatars and ethnic Ukrainians in Crimea.  Serhiy Zayets, one of the human rights lawyers representing the Church, notes that the situation in Crimea has lead to a significant reduction in a religious group that was always a minority.  “The actions of the Russian authorities can be viewed as a manifestation of discrimination on ethnic grounds since belonging to the Ukrainian Orthodox Church under the Kyiv Patriarchate is one of the few available means for retaining people’s Ukrainian identity”.

A report by the Ukrainian Helsinki Human Rights Union, Regional Centre for Human Rights and others is available here in Russian