Russia adds a vital source of information about rights abuse in occupied Crimea to its list of ‘foreign agents’Russia sentences Ukrainian journalist Mykola Semena for expressing the UN’s stand on CrimeaCourt in occupied Crimea demands 3-year suspended sentence for journalist over criticism of Russia’s annexationFSB "expert" finds UN & OSCE guilty of calls to violate Russian territorial integrityRussia is shooting itself in the foot by its trial of journalist in occupied Crimea‘Witnesses’ in hiding from Russia’s Soviet trial of Ukrainian journalist in CrimeaRussia ignores its own international agreements in trying journalist for saying Crimea is UkraineCrimean journalist accused of contempt of court for demanding open trialRussia moves from armed invasion of Crimea to 5-year sentences for Ukrainians who objectJournalist faces mandatory 5-year sentence for saying Russia should leave CrimeaRussia accused of mechanisms of political repression in Crimea unprecedented since Stalin & HitlerNo Mercy for Crimean Journalist Facing 5-Year Sentence for Opposing Russian OccupationCrimean Journalist Faces Jail for Not Accepting Russian Annexation of CrimeaCrimean journalist placed on Russian ’List of Terrorists & Extremists’ for an articleCrimean journalist faces 5-year sentence for ‘separatism’Russia to block vital Radio Svoboda Crimean Service, journalist could face 5-year sentenceCrimean journalist interrogated in ominous ‘call to separatism’ prosecutionWave of Repression against Independent Crimean JournalistsCrimean Court Finds Ukrainian Flag a “Prohibited Symbol”Ukrainian Flag on Shevchenko Anniversary is now ‘extremist’ in Crimea?
• Topics / News from the CIS countries 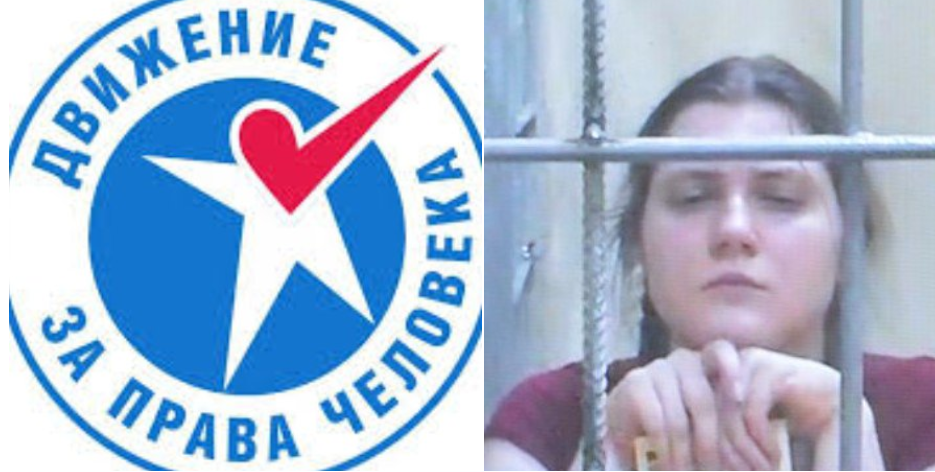 The prominent Russian NGO ‘For Human Rights’ may be forced to cease its work after being denied a presidential grant, one of the chief forms of funding since the so-called law on ‘foreign agents’ made it near impossible to function through grants from abroad.  A large number of the presidential grants have instead gone to the ‘Military Brotherhood’ for veterans of Russia’s ‘military conflicts’, 47 organizations linked with the Russian Orthodox Church, as well as to others with close ties to State Duma deputies or other public officials.  Some of the recipients in the Chelyabinsk region are pro-government organizations which are already receiving state funding.  There is reportedly inadequate oversight as to how the funding is spent, meaning that many of the grants going to organizations linked with (politically loyal) officials may well end up syphoned off.

Both ‘For Human Rights’ and the related ‘Defence of Prisoners’ Rights Foundation’ may now have to fold unless other funding can be found.  Lev Ponomarev, the veteran human rights defender in charge of both organizations is convinced that this is a “conscious attempt to crush the largest civic organization in the country” and revenge for their defence of political prisoners.  He mentions in particular those charged in two recent and notorious cases, the so-called ‘Novoye velichiye’ case and ‘Set’ [or ‘Network’].  As reported,  in the first of these cases, 10 young people, one of whom was underage when arrested, are charged with ‘organizing an extremist organization’ and face long prison sentences.  All of them had been involved only discussions critical of the regime on a Telegram chat site, with the ‘organization’ effectively created by an FSB [security service] infiltrator.  This individual suggested having an office, which he (or, presumably, the FSB) paid for; proposed a name for it (‘Novoye velichiye’, or ‘New grandeur’) and designated roles.  All of this was in order to fit the requirements of the norm of the Russian criminal code on organizing an extremist organization (see: FSB infiltrator creates an ‘extremist’ group to jail teenagers critical of the Putin regime in Russia ).  The arrests over ‘Network’ are no more convincing.

Ponomarev stressed that neither organization receives foreign money, which would force them to be registered as ‘foreign agents’.  They have received presidential grants for around eight years, and now suddenly they have lost this funding altogether.

He points out that this coincided with an attack on his organization by SERB activists.  These pro-Kremlin louts are notorious for attacks on opposition activists, as well as various forms of provocation. Ponomarev says that it’s clear that the attack was under the control of Russia’s so-called ‘Centre for countering extremism’ or the FSB.  It was also no accident that at the same time, REN-TV came out with another film full of scurrilous slander, this time about supposed ‘grant-seekers’ [«Грантоеды]

“This is how the FSB is fighting me, without only physical attacks”, 77-year-old Ponomarev says, adding that he can anticipate attacks also.

Half of the funding they were seeking would have gone on running the central office, and the other half on supporting 15-20 regional organizations.  It would have been used to defend social and economic rights: resolving problems linked with seizures of people’s businesses; housing authority issues; orphans, and also defending victims of torture in prisons.

Russia’s Law on so-called ‘foreign agents’ was first passed in 2012.  Russian NGOs engaged in something termed ‘political activity’ and receiving any funding from abroad had to register as a ‘foreign agent’.  The law was boycotted by a lot of civic organizations, so in June 2014 Putin signed into force a law which allowed the Justice Ministry to forcibly include organizations on the register with this significantly restricting their rights and possibilities.  A new law which Putin signed exactly one year later was slammed by rights organizations as being aimed at destroying civil society altogether.  ‘Political activity’ has been so widely defined that it effectively includes criticism of corrupt officials, or groups of citizens who band together in defence of socio-economic rights.  The Justice Ministry has since used its powers to declare the Memorial Society a ‘foreign agent’ after it criticized Russia’s military aggression in Ukraine, as well as many other free-thinking civic organizations. More recently media have also been labelled ‘foreign agents’, with the Russian occupiers using this as a weapon against Radio Svoboda’s Crimean Service, Krym.Realii.

‘For Human Rights’ was also targeted. In March 2015, it was fined for refusing to voluntarily register as a ‘foreign agent’, and was also evicted from its original office. It was finally removed from the ‘foreign agent’ register in late 2015, though this did not stop the ongoing harassment from the authorities.

Although the foreign agent law was only passed in 2012, President Vladimir Putin had come out against human rights being defended in Russia from foreign grants back in 2005.  The first competition for presidential grants was in the following year.

It looks worryingly as though NGOs defending victims of political persecution are now going to be punished by having such grants withdrawn, with this dealing another blow to those in Russia (and in occupied Crimea) who have already lost most means for defending their rights.