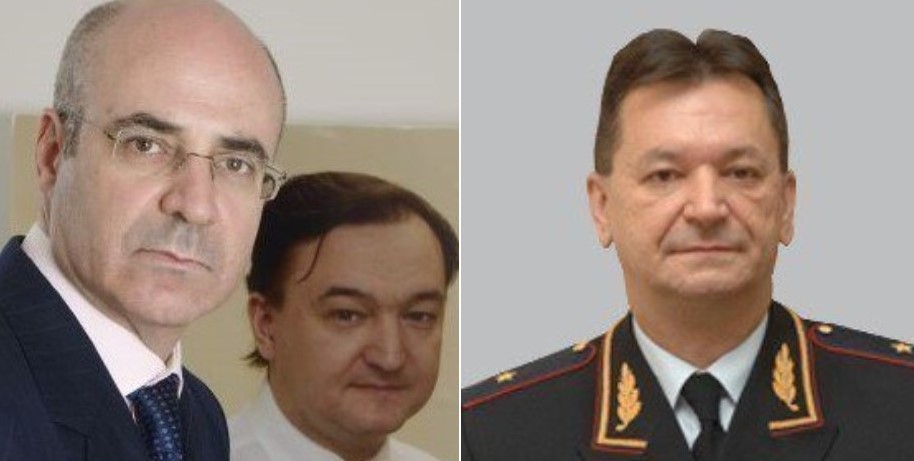 On the eve of a critical vote that could see Interpol headed by a Russian implicated in numerous political prosecutions, Russia has brought new charges against one of the Kremlin’s most implacable critics.  William (Bill) Browder instigated the first US Magnitsky Act which punishes Russian human rights violators and has tirelessly lobbied for similar bills to be passed in other countries.  His success in this has directly hurt associates of Russian President Vladimir Putin who have fortunes hidden away in offshore accounts, and has resulted in Russia coming up with a range of absurd charges.  Those announced on 19 November are about as grotesque as the posthumous charges once brought against Magnitsky himself.  Russia’s Investigative Committee is claiming that it was not prison staff who beat and tortured lawyer and whistle-blower Sergei Magnitsky to death, but possibly Browder, for whom the young Russian had been working.

TASS reports that the Russian Prosecutor General had “given new information about the criminal activities of the foundation of the Hermitage Capital Foundation in Russia” and that criminal proceedings had been initiated over the creation of an allegedly “criminal group”.  It is possible, the report went on to say, that “Browder is implicated in the death of his partners, including lawyer Sergei Magnitsky”.

The Prosecutor General’s Office claim to have found ‘evidence’ that four of Browder’s associates, including Magnitsky, met violent deaths, and that these deaths could have been convenient for Browder.

None seems obviously linked to Browder, and especially not that of Magnitsky who died in a Russian remand prison [SIZO] on 16 November, 2009.

That, however, has not deterred the ‘Investigative Committee’ and Prosecutor General who are considering “the version” that these deaths were all as a result of “diversionary chemical substances containing an aluminium compound which provoked severe liver failure, with this enabling the deaths to be treated as by natural causes”.

It is difficult to fathom who is supposed to be convinced by such nonsense when even TASS mentions that one of the men died by falling from a window.  In the case of Magnitsky, several Western governments, including the US State Department, have investigated all the evidence into his death in Russian police custody and found compelling enough evidence to impose sanctions against Russian officials over his death.

The supposed motive is also surreal, with the Prosecutor General’s spokesperson claiming that “having received a false report of a prevocational nature from Magnitsky, it was specifically Browder who had the greatest interest in Magnitsky’s death”.

Browder says that Russia is up to its seventh attempt to use INTERPOL to get him to Russia.  He was temporarily detained for a while in Spain earlier this year, though soon released, and stresses that he has to make sure he travels only to countries which respect the rule of law.

In fact, INTERPOL has thus far rejected, as politically motivated, six requests from Russia to have Browder arrested.

At least some of those requests would have been made when Alexander Pokopchuk was head of the Russian branch of INTERPOL.  Prokopchuk is now one of only two candidates in a critical vote on 21 November for a new Head of INTERPOL.

Browder commented that Prokopchuk’s appointment would be a “Kafkaesque absurdity” and would seriously undermine INTERPOL’s legitimacy.

His view, as reported here, is widely shared, and it is imperative that the arguments against the appointment of a Russian police major general responsible for countless abusive Red Notices are brought to the attention of all countries’ delegates before the meeting on Wednesday.

As reported here, INTERPOL has already been used for many politically motivated prosecutions of Russian citizens, under the guise of ‘terrorism’ charges which INTERPOL fails to investigate properly.  The appointment of a man who has himself so often abused a vital system for catching real criminals would give a carte blanche to Russia and other abusive regimes, and might well prompt the withdrawal from this international body of many countries, including Ukraine.

See also: Appointment to top post of police general from Russia will turn INTERPOL into a weapon for political persecution